An elderly Czech Jewish woman walks through a garden with two young relatives. 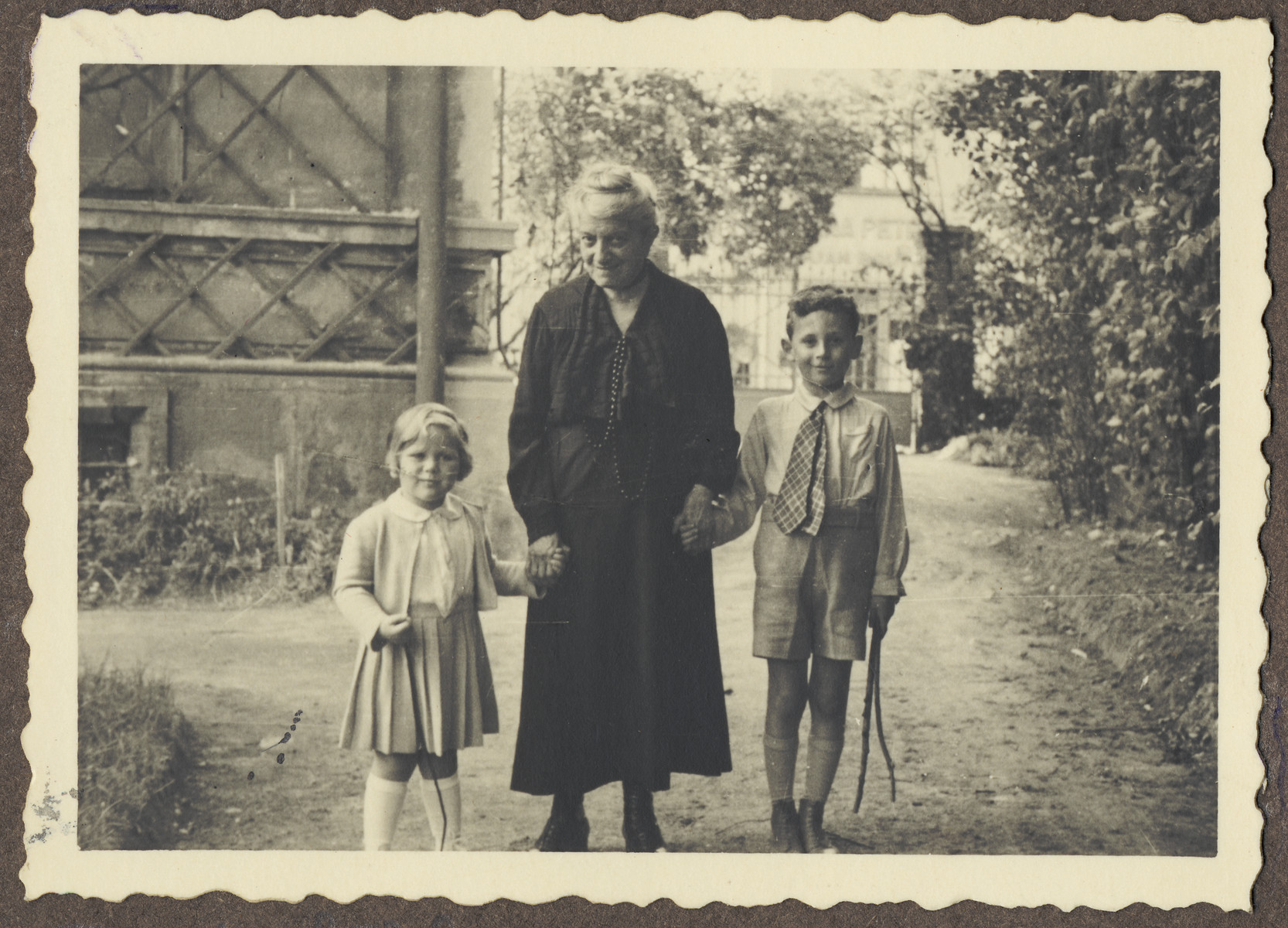 An elderly Czech Jewish woman walks through a garden with two young relatives.

Pictured on the right is Michal Kraus; on the left is his cousin Eva Schur. The woman in the center is probably Eva's great grandmother.

Eva Schur, was the daughter of Franta Schur, the cousin of Michal Kraus. Eva perished in Auschwitz with her mother and brother, while her father, Franta Schur survived the war in England. The picture was taken in the garden of the house belonging to her grandmother, Jenny Schur.