Five girls carry their book bags on their way to the Hochstein Gymnasium in Lodz. 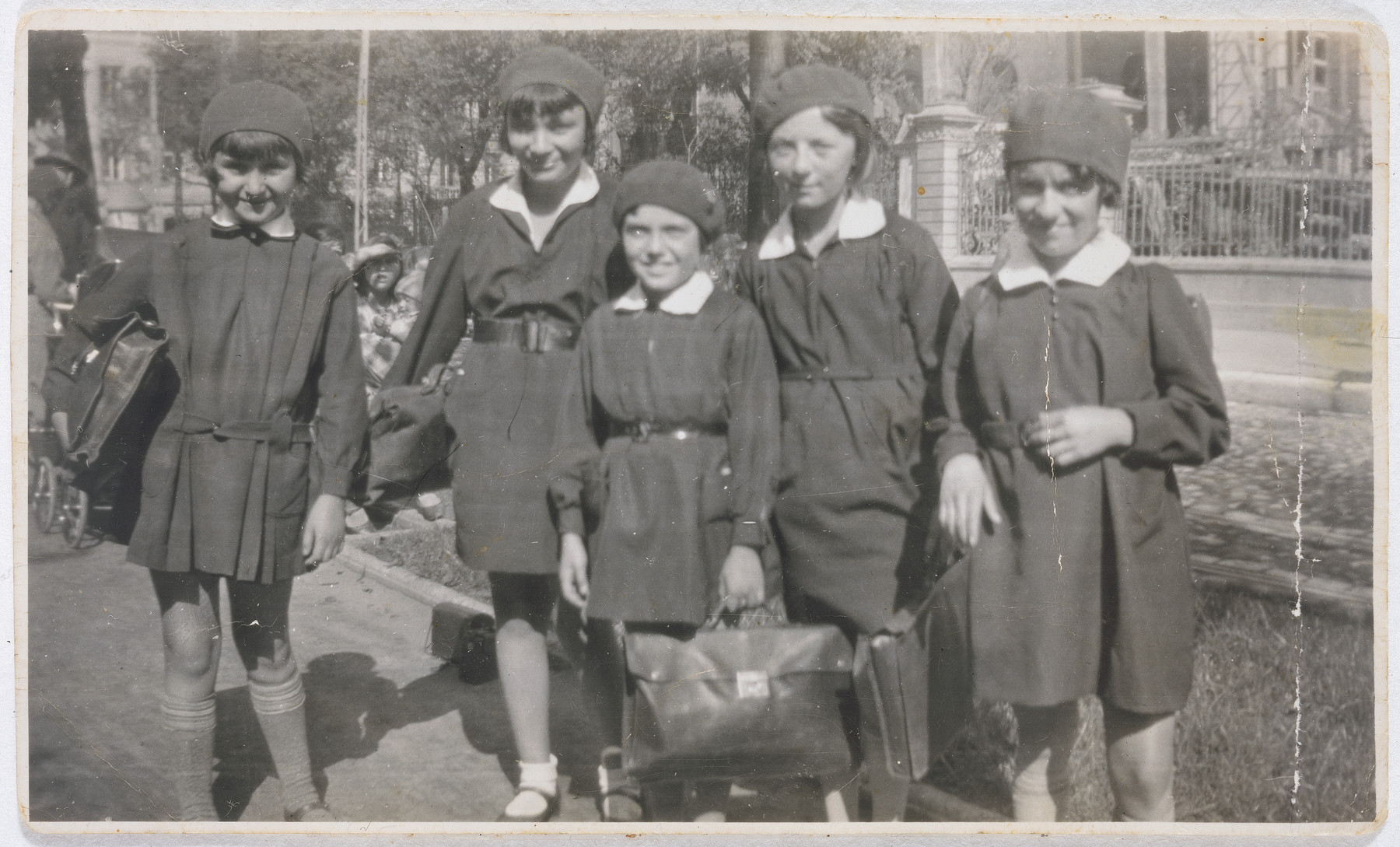 Five girls carry their book bags on their way to the Hochstein Gymnasium in Lodz.

They graduated from high school in 1938. The photograph was taken by Fania Ginzburg Rubashkin, Bela's older sister. Bronka Rheingold, Bela Ginzburg and Marysia Sheinberg were killed in the Warsaw ghetto. Mira Poznanska was murdered together with her husband in Czestochowa.

Biography
Mina Colton (born Mindla Reiss) is the daughter of Sholom and Frymeta Reiss. She was born on May 21, 1924 in Lodz and attended the private Hochstein Jewish Gymnasium. She has one brother, Natan. In August 1944 Mindla was deported to Auschwitz-Birkenau and later to Berlin Neukoeln - slave labor camp Kruppwerke. Mina was transferred to Ravensbruck and from there she was rescued in April 1945 by the Swedish Red Cross. Her parents perished in Auschwitz, but her brother Natan survived. In 1947 Mindla immigrated illegally to Palestine; she was caught and sent to a camp in Cyprus. She finally arrived in Israel in 1948, and in 1956 she came to the United States.