Group portrait of a first grade class holding cones of sweets in a religious elementary school which met in the synagogue in Nuremberg, Germany. 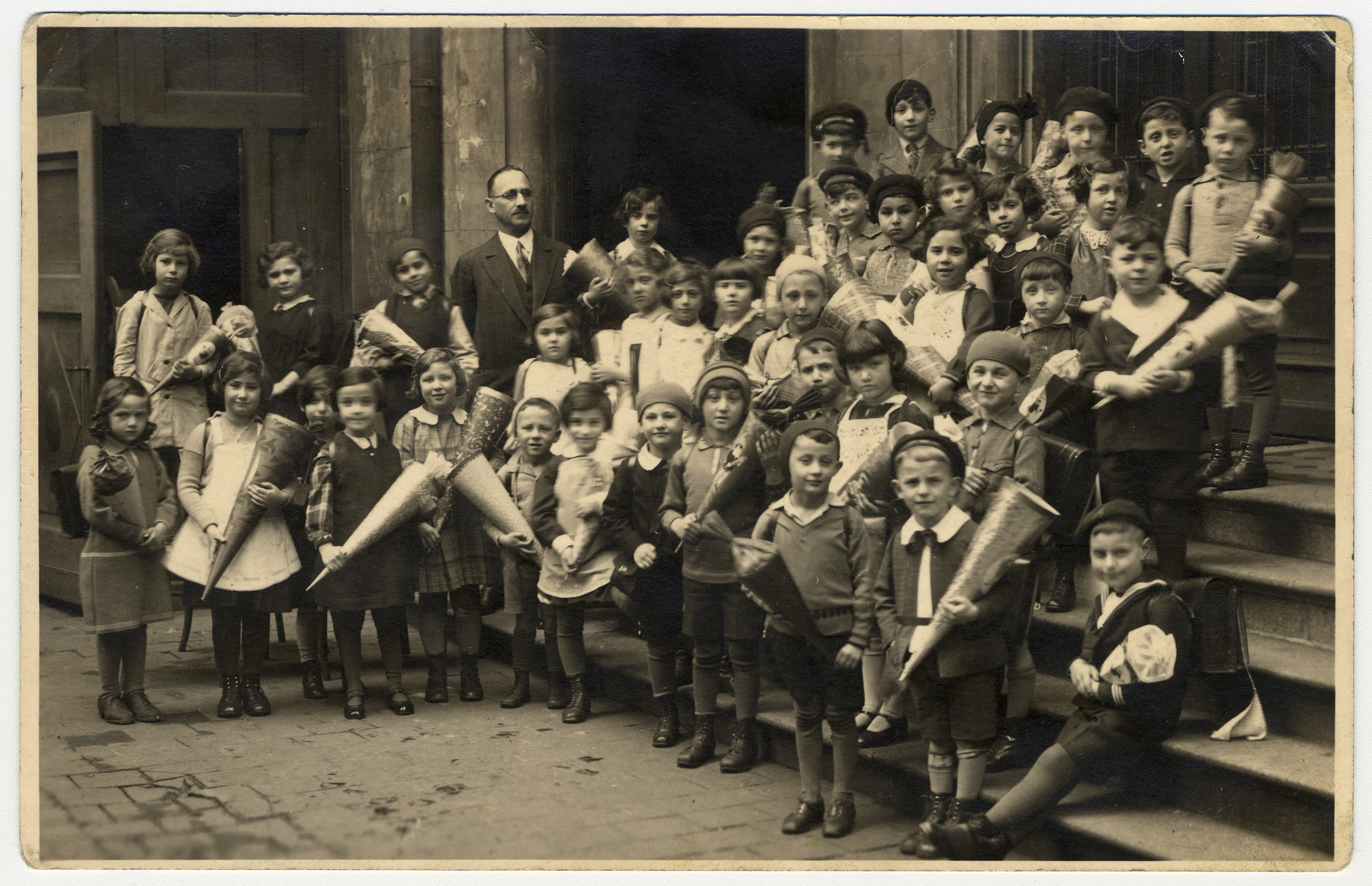 Group portrait of a first grade class holding cones of sweets in a religious elementary school which met in the synagogue in Nuremberg, Germany.

Among those pictured is Meir Schwarz, top row, second from the left.