A group of Hungarian Jewish men pose with shovels in a Hungarian labor battalion. 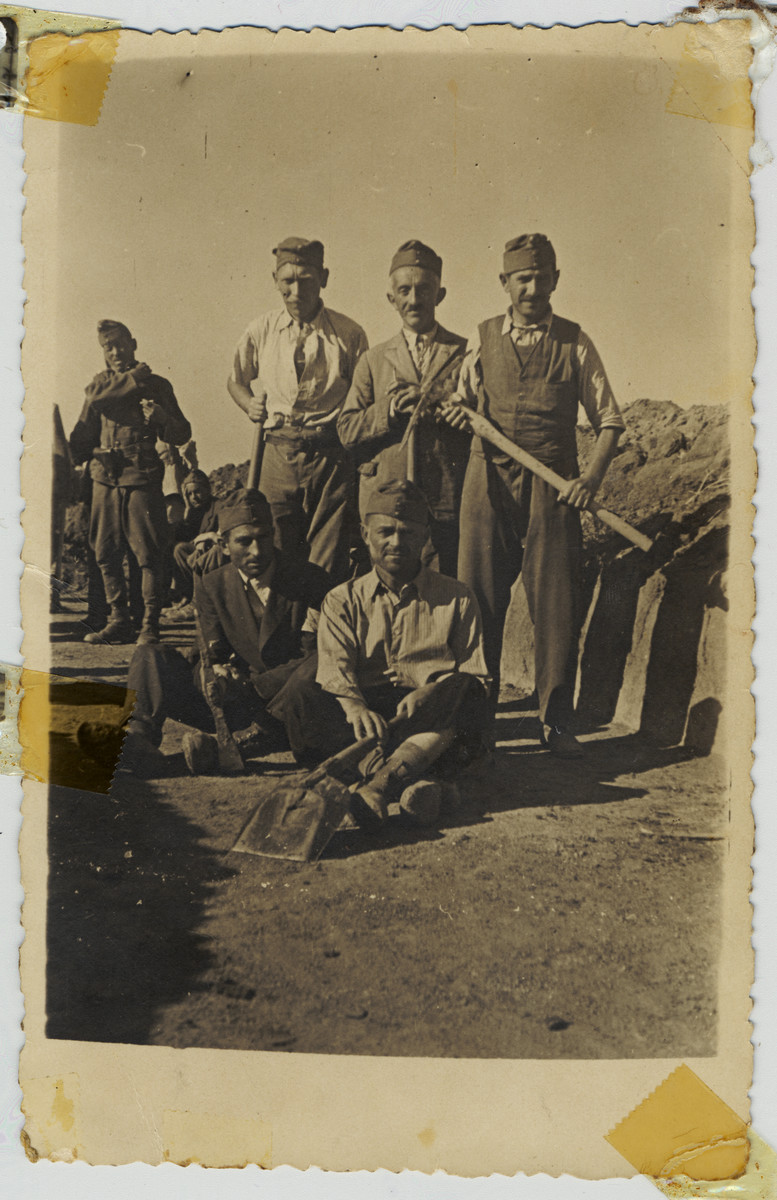 A group of Hungarian Jewish men pose with shovels in a Hungarian labor battalion.

Among those pictured is Chaskel Ehrenreich, uncle of the donor. He and all of his family perished in the Holocaust.