Portrait of the family of a Hungarian-Jewish family in Slovakia and sent to their sister-in-law in Budapest. 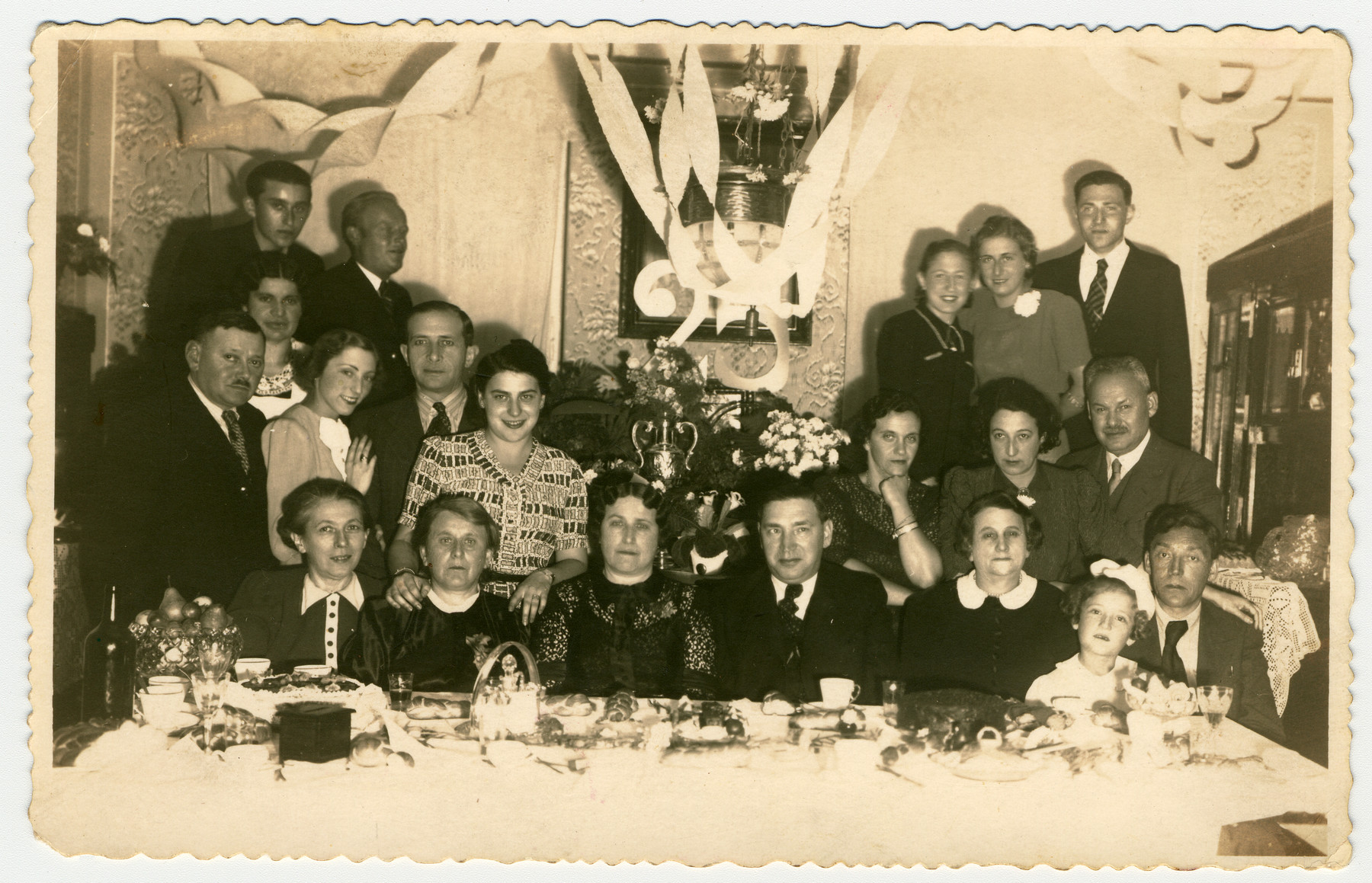 Portrait of the family of a Hungarian-Jewish family in Slovakia and sent to their sister-in-law in Budapest.

Dezso Stern and his wife are seated in the center. All but two of those pictured perished in the Holocaust.