Three Hungarian Jews sit on a park bench in Budapest. 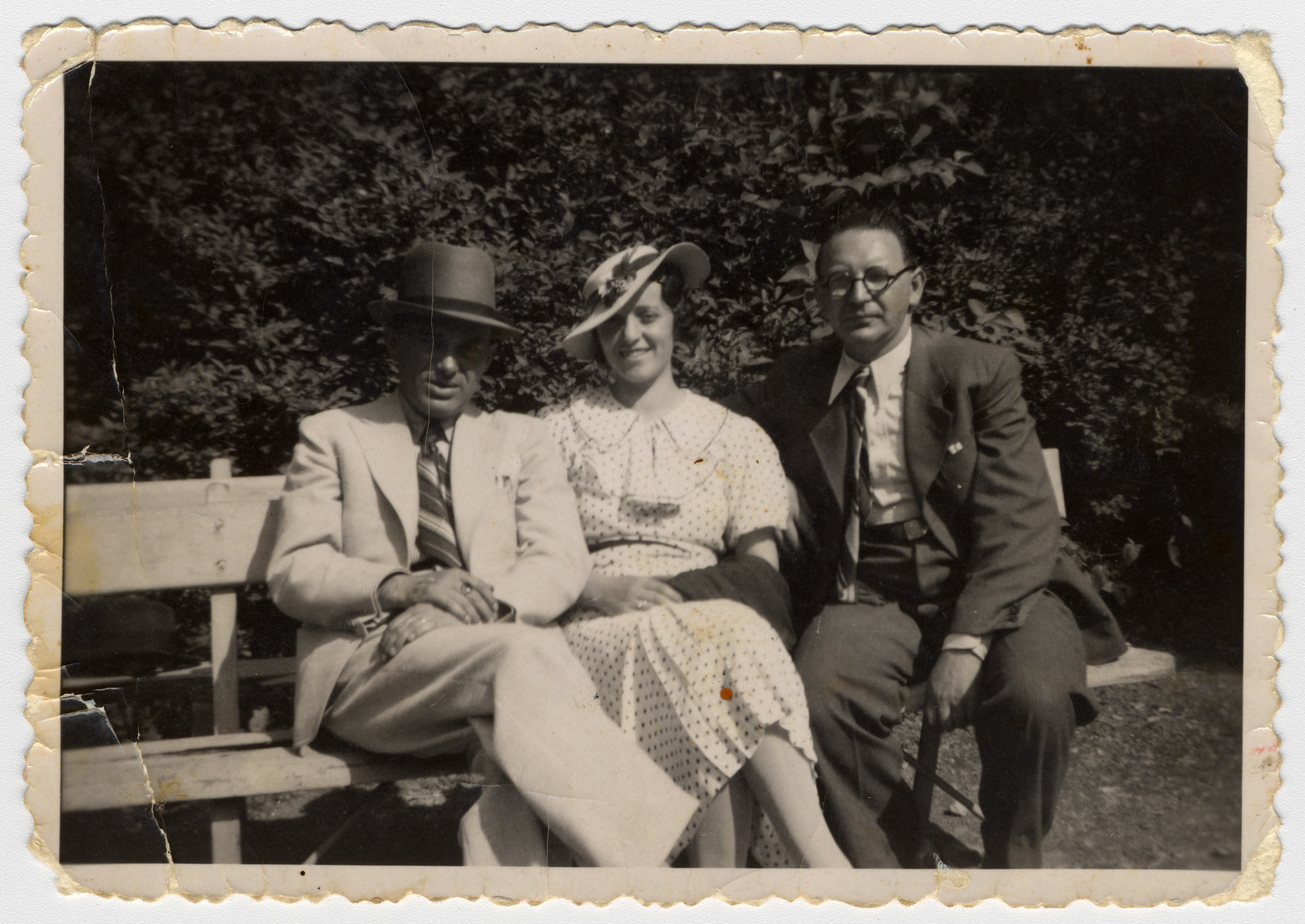 Three Hungarian Jews sit on a park bench in Budapest.

Pictured on the far right is Izso Stern.