Young Jewish boy poses with his aunt in the garden of the Sanatorium run by his family in Druskieniki, Poland (in present day Lithuania). 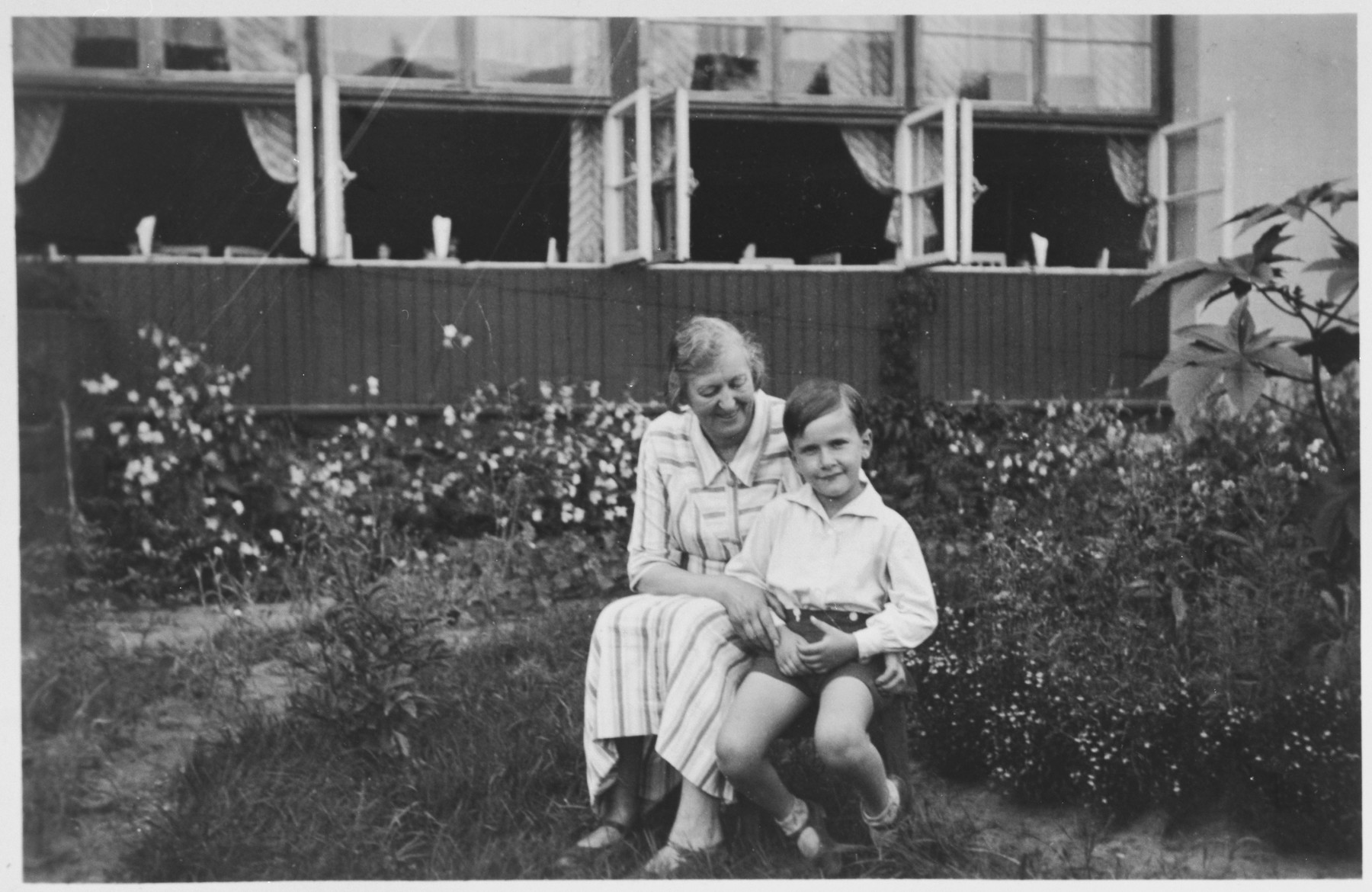 Young Jewish boy poses with his aunt in the garden of the Sanatorium run by his family in Druskieniki, Poland (in present day Lithuania).

Pictured are Alexandre Blumstein and his aunt Thea.