Portrait of a group of young women in a gymnasium class in or near Sanok. 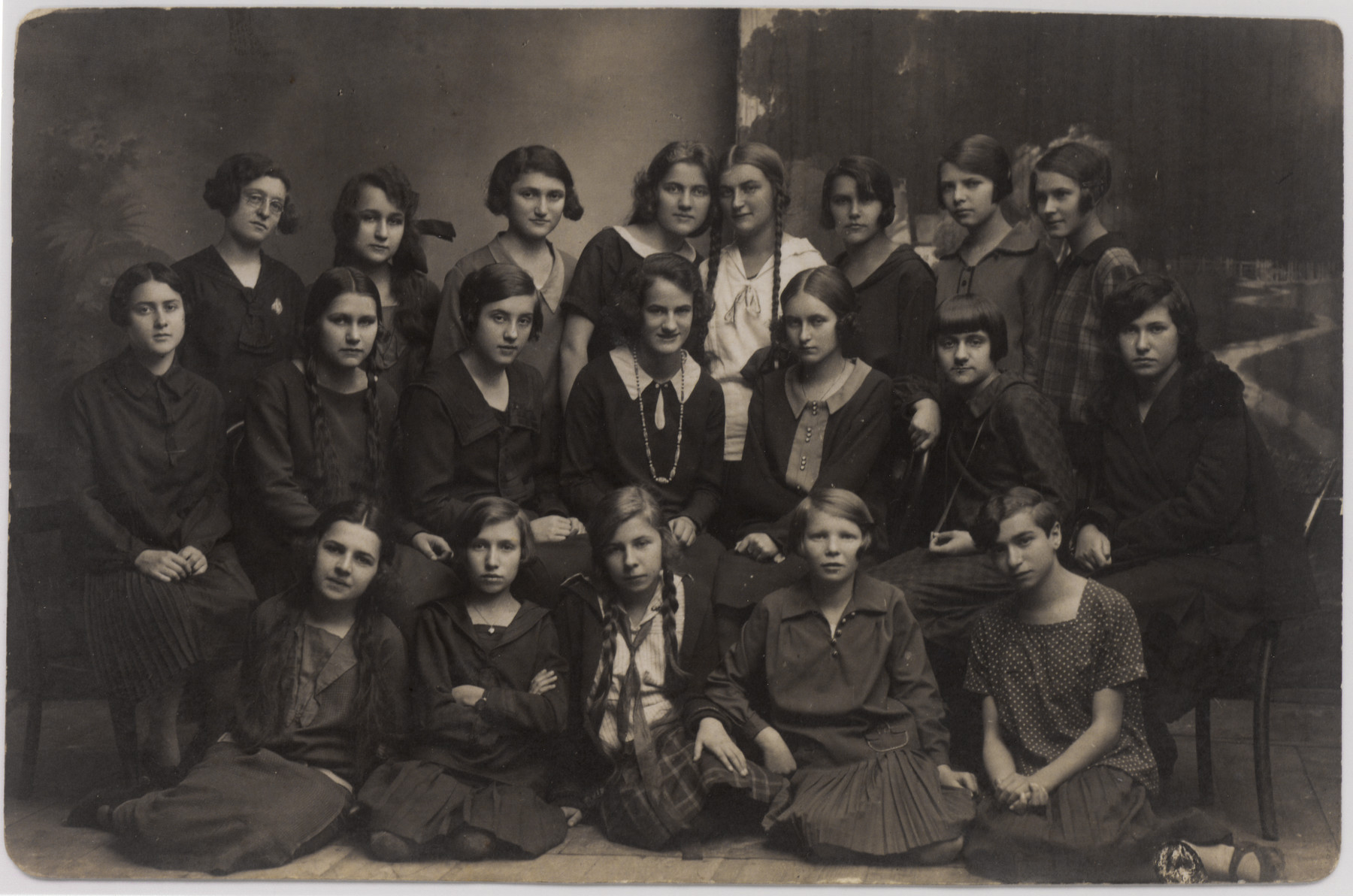 Portrait of a group of young women in a gymnasium class in or near Sanok.

Helena Amkraut is pictured in the middle row on the right.