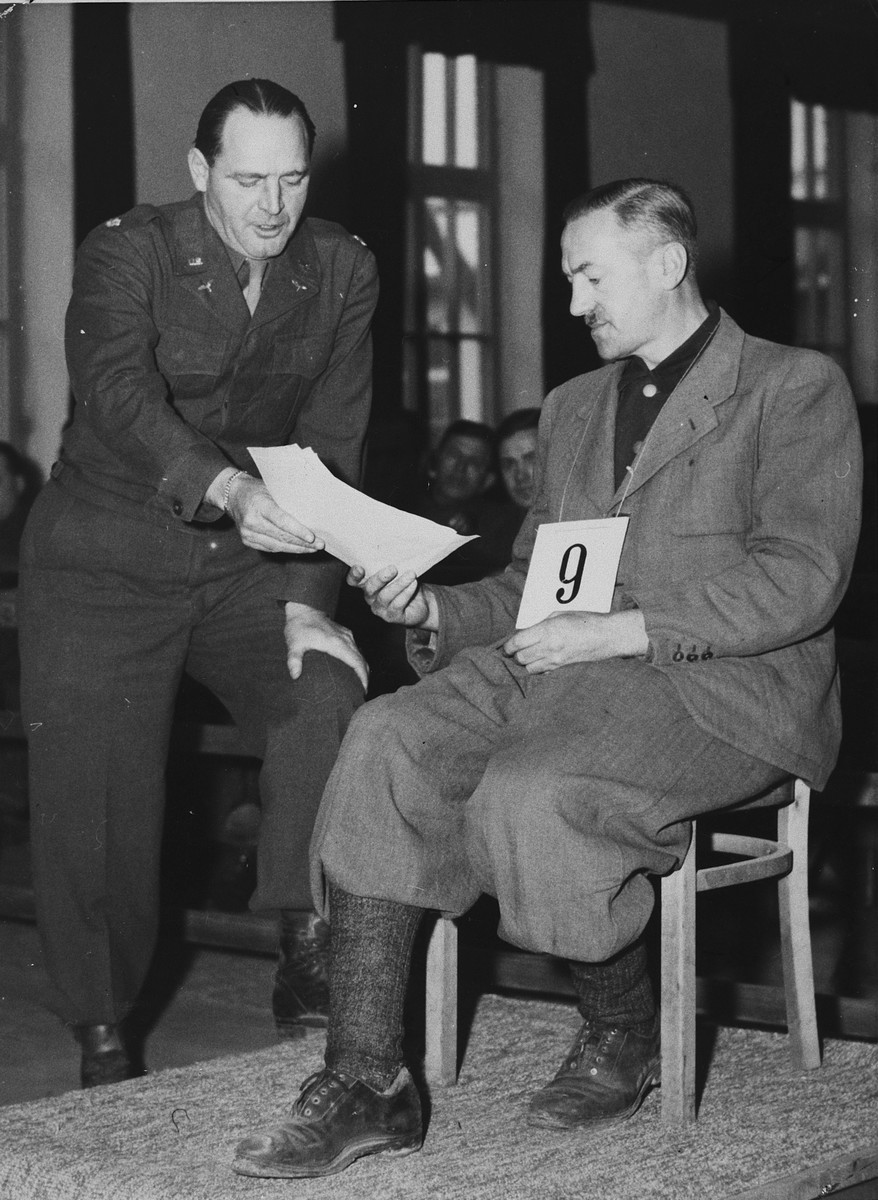 https://www.ushmm.org/wlc/en/article.php?ModuleId=10007145.
Biography
Johann Kick headed the political department of Dachau concentration camp. Tried for war crimes at the Dachau trial, he was found guilty and executed on May 29, 1946.