Defendant Otto Schulz sits at the dock during the Dachau war crimes trial. 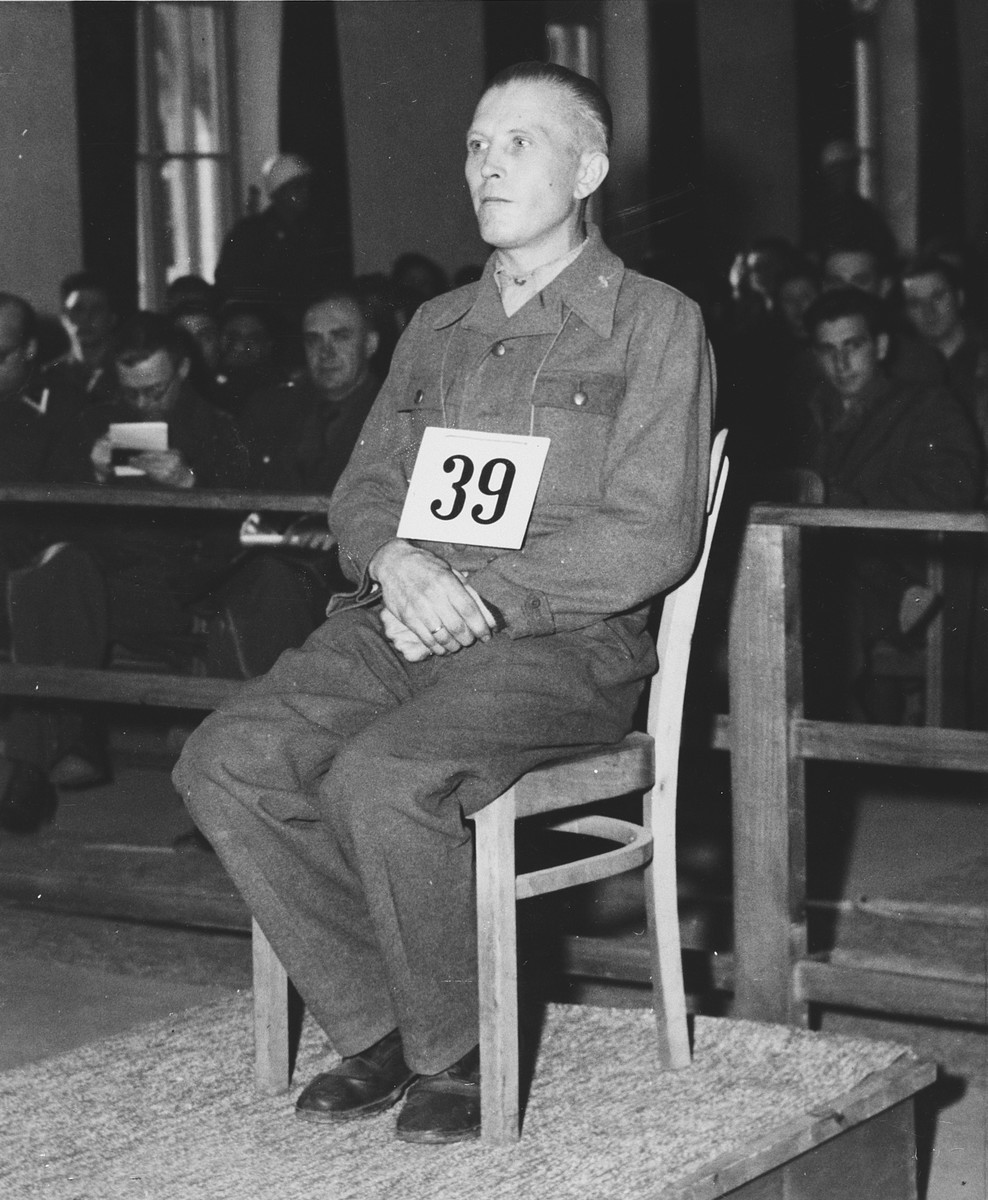 Defendant Otto Schulz sits at the dock during the Dachau war crimes trial.

https://www.ushmm.org/wlc/en/article.php?ModuleId=10007145.
Biography
Otto Schulz served as a camp guard, Rottenfuehrer, in Dachau. Convicted of war crimes, he was sentenced to death, but this sentence was later commuted to 15 years imprisonment.