Defendant Sylvester Filleboeck sits at the dock during the Dachau war crimes trial. 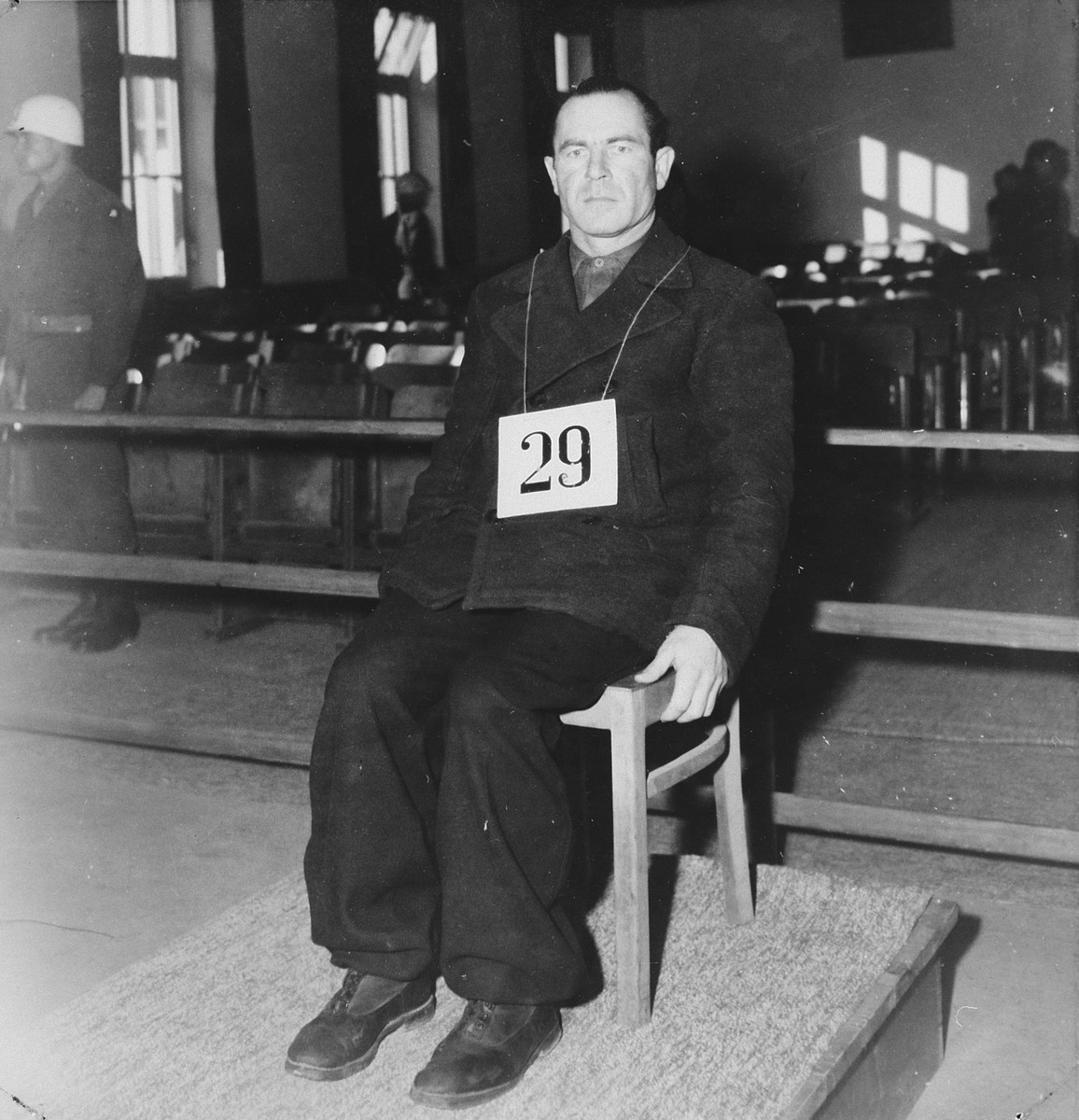 Defendant Sylvester Filleboeck sits at the dock during the Dachau war crimes trial.

https://www.ushmm.org/wlc/en/article.php?ModuleId=10007145.
Biography
Sylvester Filleboeck served as an SS guard at Dachau with the rank of Untersturmfuehrer. Accused of war crimes, including the murder of French officers, he was sentenced to death. This sentence was later commuted to ten years imprisonment.