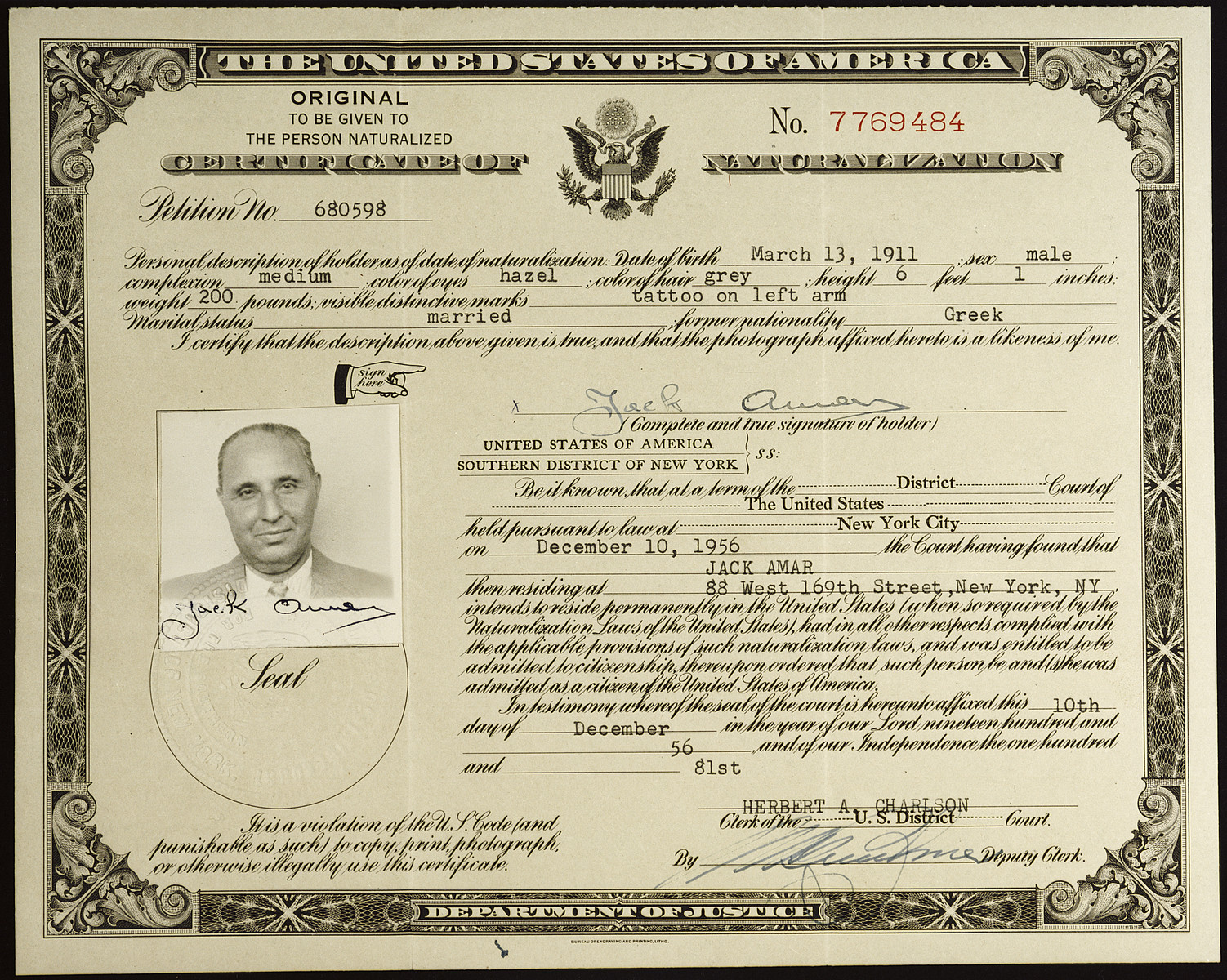 On the line marked visible distinctive marks is written his Auschwitz tattoo number.