A German-Jewish refugee couple work on their chicken farm in Vineland, NJ. 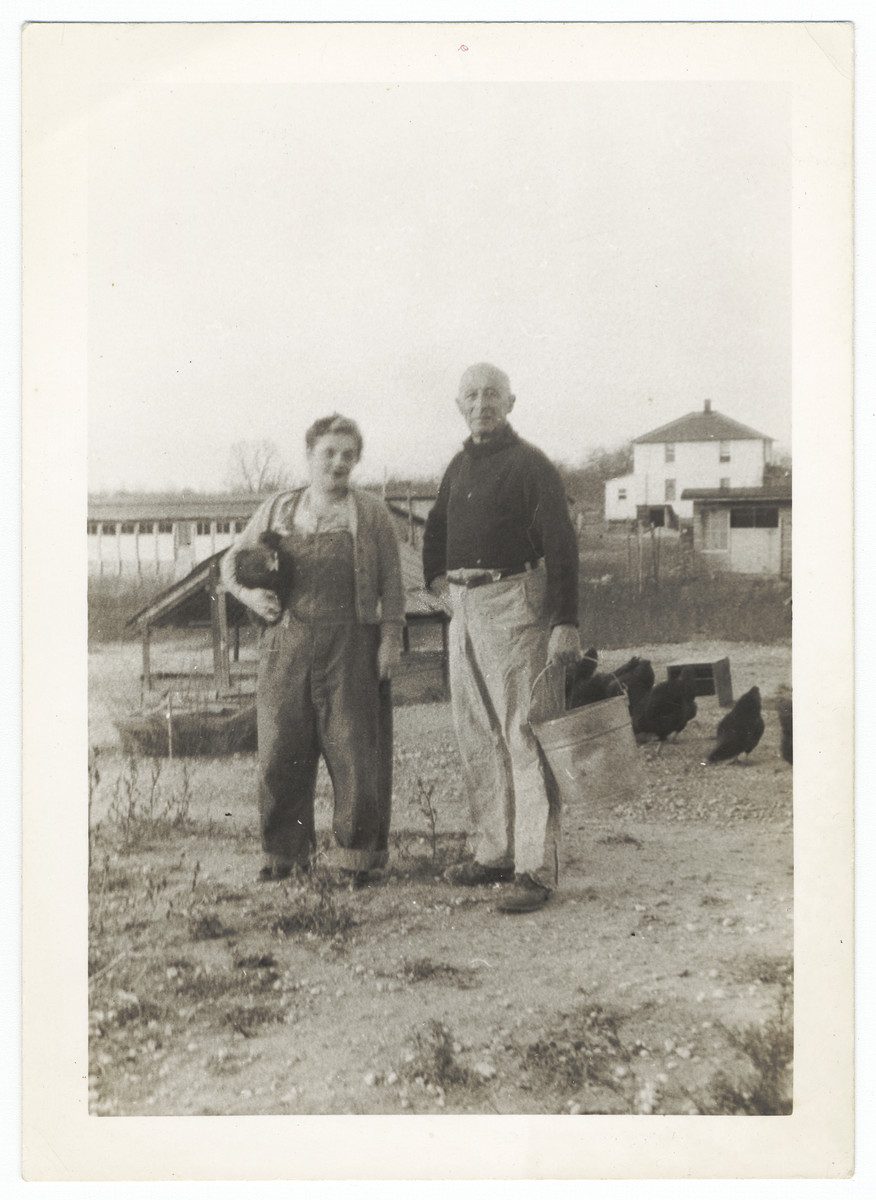 A German-Jewish refugee couple work on their chicken farm in Vineland, NJ.

Pictured are Rosa and Louis Brelauer.