Czech civilians stand and greet Hitler as his motocade rolls by. 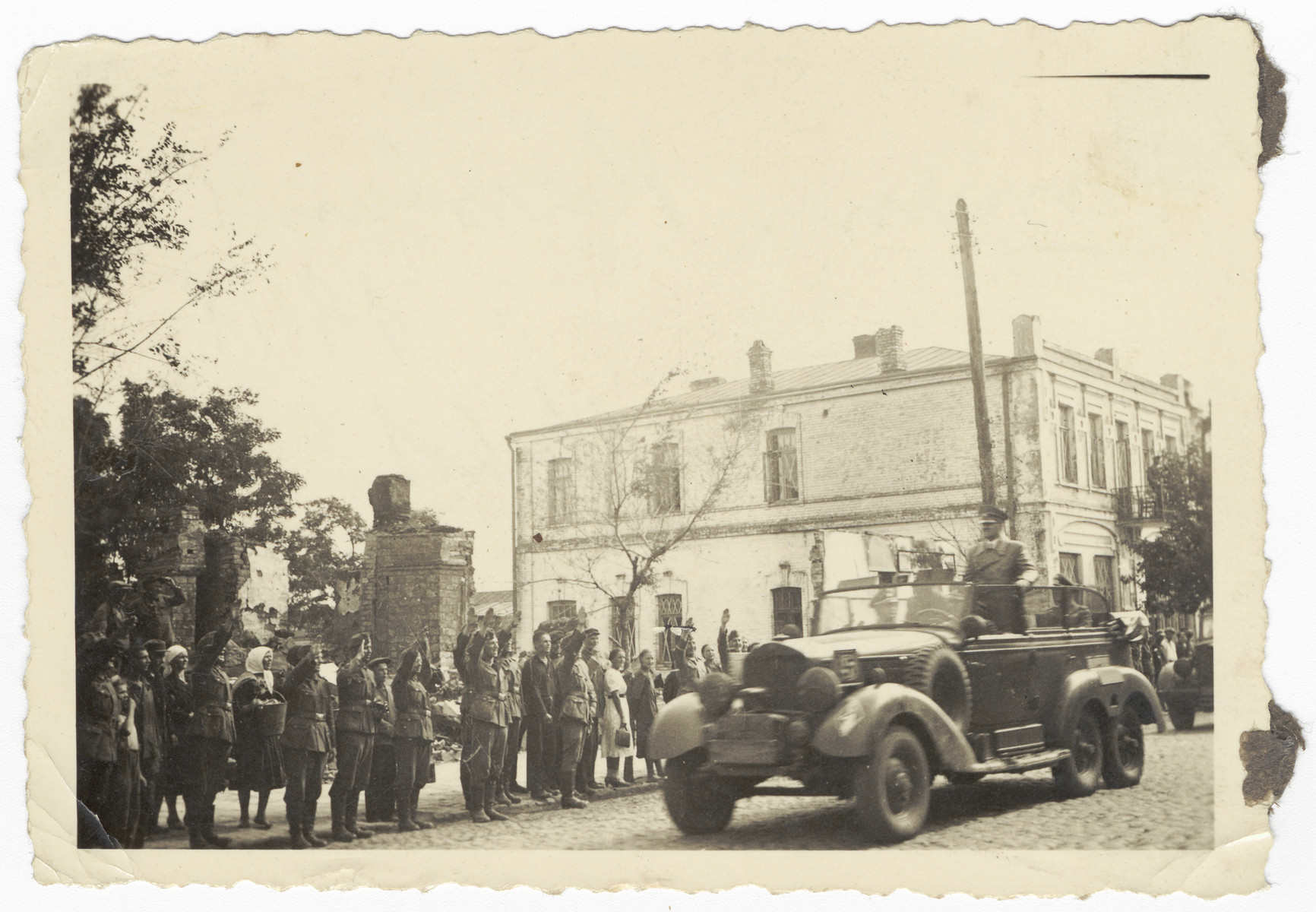 Czech civilians stand and greet Hitler as his motocade rolls by.

Biography
Shoshana Richter Kalman's father, Istvan Richter was the son of Rubin (b. 1881) and Helena (b. 1883) Richter. Istvan was born on December 9, 1910 in Budapest but raised in Berehovo, in the Transcarpathian region of Czechoslovakia, where his father owned vineyards. Istvan had a sister who died in childhood as well a brother Imre and a sister Elizabeth (Beze, later Frish). Istvan attended law school in Prague and had served as a soldier in the Czech army. After the Hungarian take-over of the region, Istvan was conscripted into a forced labor battalion where he worked as a translator. He was captrued by the Soviets and imprisoned as a POW in the Ural Mountains. After the war he married Vera Pollak in 1946. She was born in Gyungues, Hungary on February 8, 1919. She survived incarceration in five concentration camps and was liberated from Auschwitz. She and Istvan met and married in Prague. Istvan was about to be named a judge when the Communists took over. Since they did not want to live under Communist rule, they left Czechoslovakia for Israel in 1949. Istvan's parents both perished in Auschwitz as did his sister Beze, her husband and two children. Vera's mother and half-sister perished in Auschwitz. Her half-brother Victor and his wife Gita survived. Her father had died before the war.