Jewish men from Zhitomir are brought to a cemetery where they would be shot by German troops. 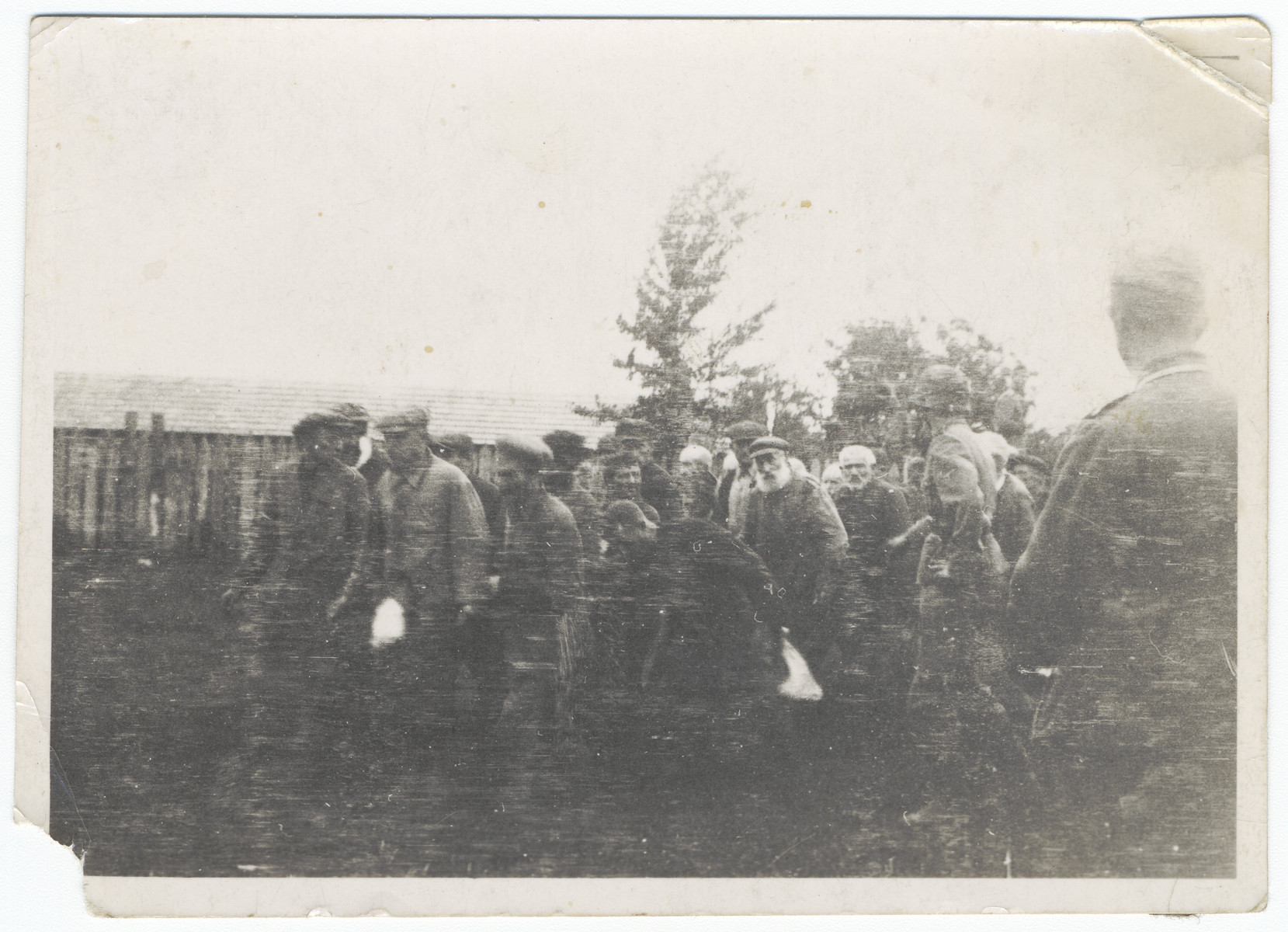 Jewish men from Zhitomir are brought to a cemetery where they would be shot by German troops.

The original caption reads "We had to look as they were shot by ourselves."

See https://www.ushmm.org/wlc/en/article.php?ModuleId=10005130.
See Also "Zhitomir" in Encyclopedia of Camps and Ghettos, Volume 2 Part B.
Biography
Stanley Weithorn was a member of the 84th Infantry Division of the United States Army. He found a series of photographs and documents belonging to a deceased German soldier, presumably named Hermann Horst, in 1944.