A Jewish family and their friends pose on the steps of a war memorial in Lyon where they are living semi-clandestinely under their own names. 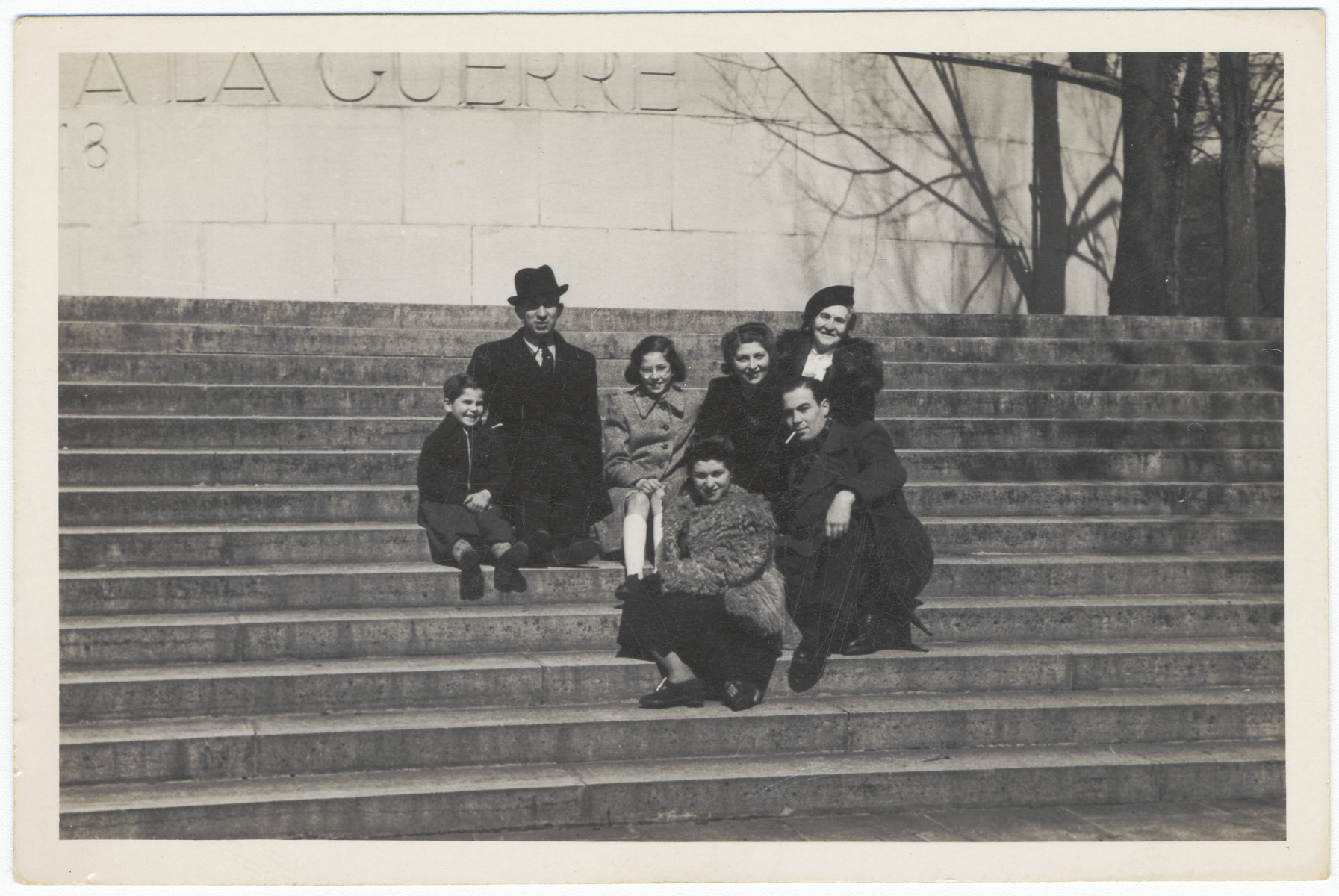 A Jewish family and their friends pose on the steps of a war memorial in Lyon where they are living semi-clandestinely under their own names.

Pictured in the back from left to right are Josey, Alexander, Renee, Luba and Yetta Fainas. In front are two friends.