A young Jewish child poses with her rescuers and their foster daughter while in hiding. 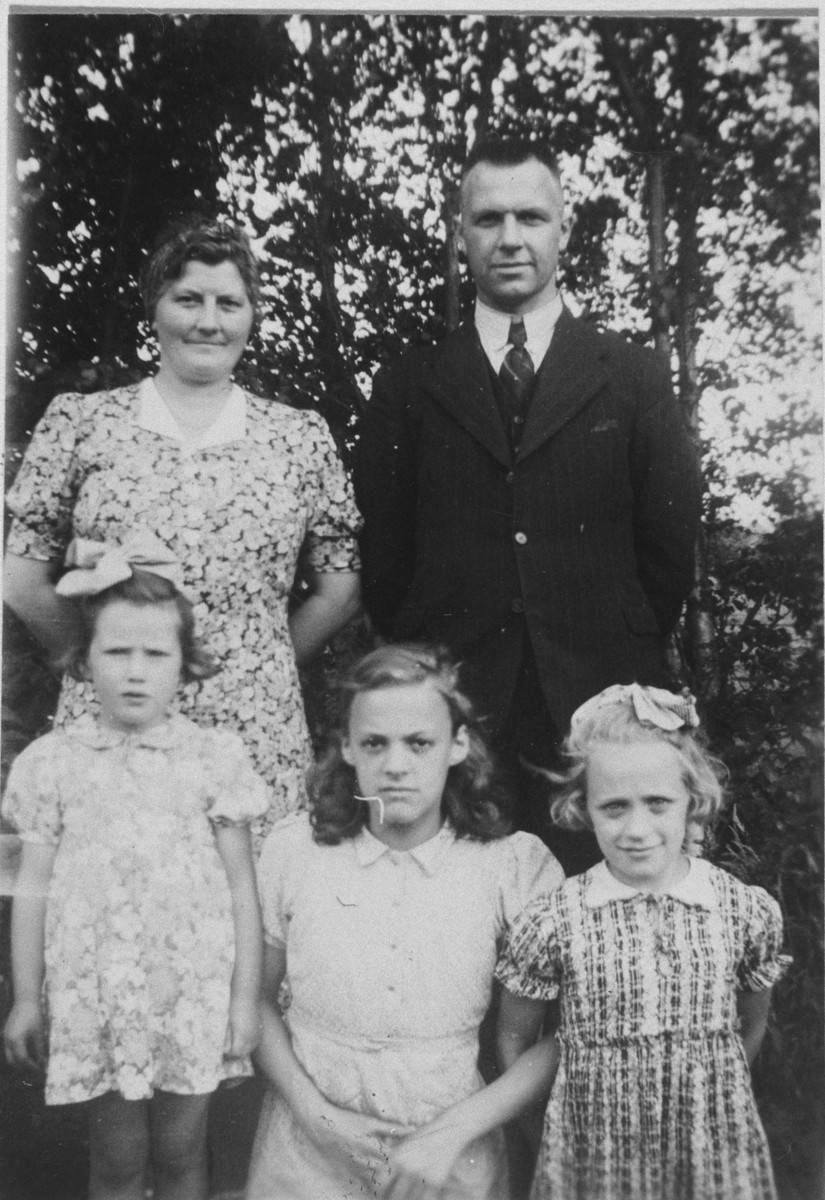 A young Jewish child poses with her rescuers and their foster daughter while in hiding.

Pictured front row are Miep van Engel, Marie Sluimer who was visiting from Amsterdam that summer and Janny Sluimer. Standing are Dirk and Sjoukje Hellinga.