Six Jewish boys who came to England on a Kindertransport pose outside the synagogue in Nottingham. 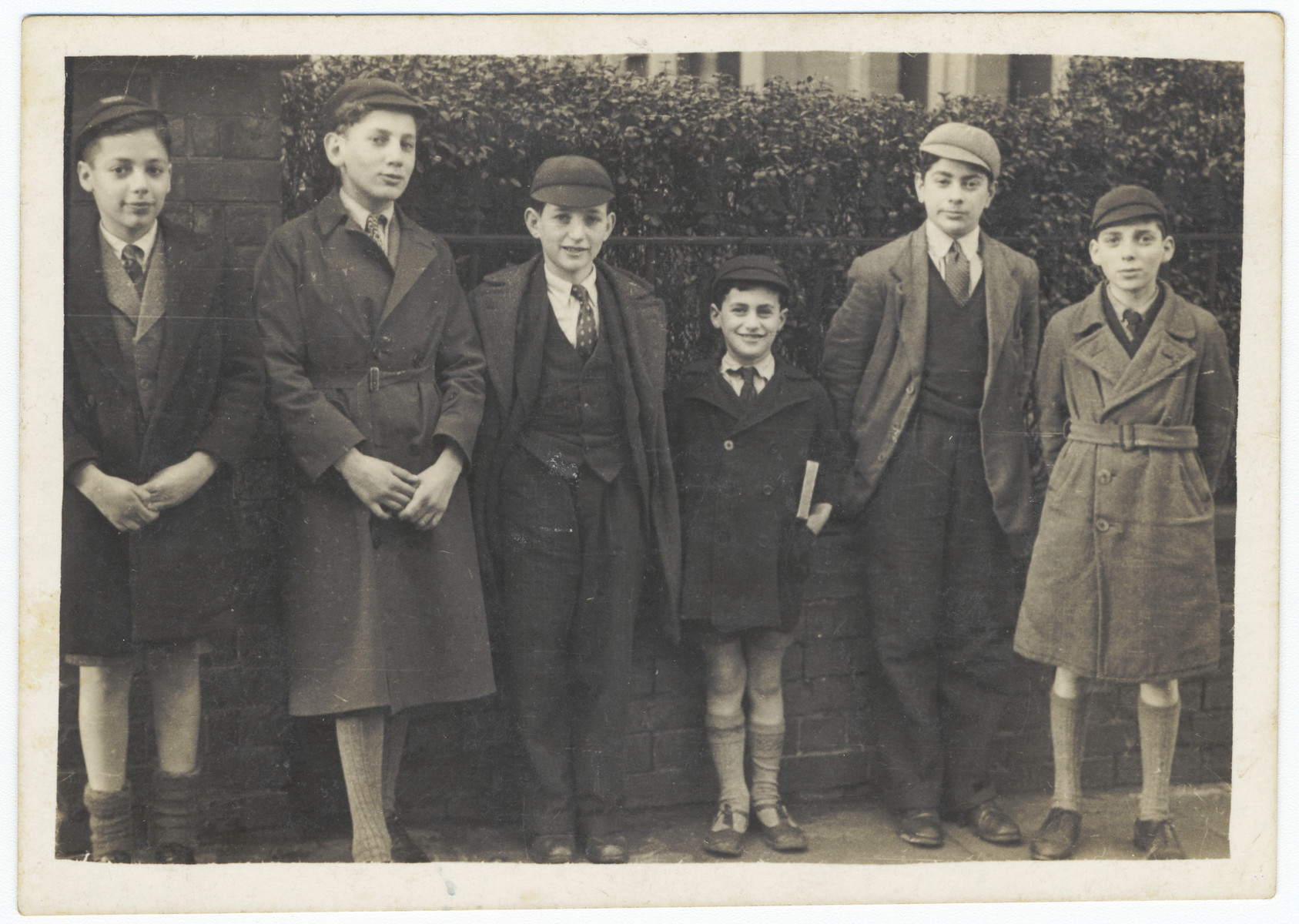 Six Jewish boys who came to England on a Kindertransport pose outside the synagogue in Nottingham.

Biography
Mordechai Theo Vered (originally Theo Markus Verderber) is the son of Leo and Gelle nee Rozenzweig Verderber. He was born on June 20, 1928 in Cologne Germany, where his father had been a traveling salesman. He had three siblings: Netta (b. 6/11/21), Israel Moses (b. 8/11/23), and Adolph (Avraham; b. 1930). In 1935 his father was killed in a road accident leaving his mother behind to care for the five small children. Gelle was born in Poland and had immigrated to Germany after World War I. In the summer of 1938, the Polish government revoked the citizenship of all Polish Jews living abroad. In retaliation, on October 28, 1938 the German government expelled all Polish Jews. Gelle decided to take her two youngest children with her, and left the two older children in Germany to look after their home until they returned. Gelle, Theo and Adolph arrived at the border town of Zbaszyn and settled into primitive make-shift housing, unwelcome in either country. However, luckily Theo was selected to join a Kindertransport to England. He and the other boys first went to Valeniza near Warsaw, and on February 15 1939 they arrived in England. He later immigrated to Israel. His mother, sister and youngest brother remained in Europe and were killed in Limanow, Poland (near Krakow) in 1942. His older brother Israel Moses also survived and immigrated to Israel