A group of women pose outside a train in the Budapest station. Peering from the window is Lilly Brod who is about to depart for the United States. 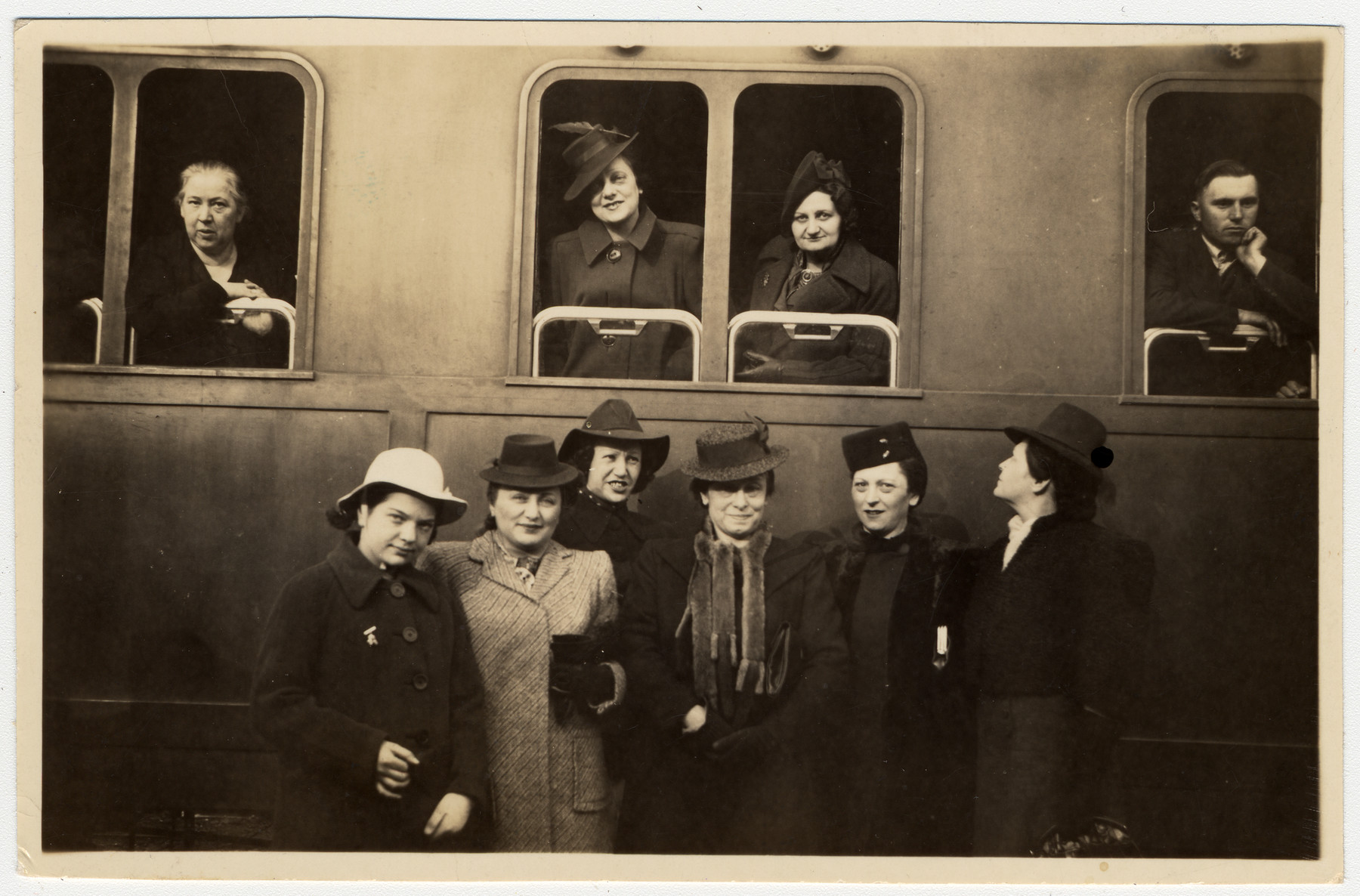 A group of women pose outside a train in the Budapest station. Peering from the window is Lilly Brod who is about to depart for the United States.

Biography
Ernest Brod was born around 1897, probably in Prague. He was the son of Josef Brod and the grandson of Samuel Brod. Josef died in 1897 in Sarajevo at the age of 30, and his grandfather died in 1926. Ernest married Lilly whose family owned the first movie theater in Budapest. Ernest and Lilly Brod immigrated to the United States in 1940, aboard the SS Washington. They settled in Detroit. (The Brods had no children of their own and entrusted their photographs to their cousins, Florence and Gerald Schumacher who donated them to the Holocaust Museum.)