Myriam Manasse, a young German-Jewish girl plays with her dolls about a year before her deportation and murder. 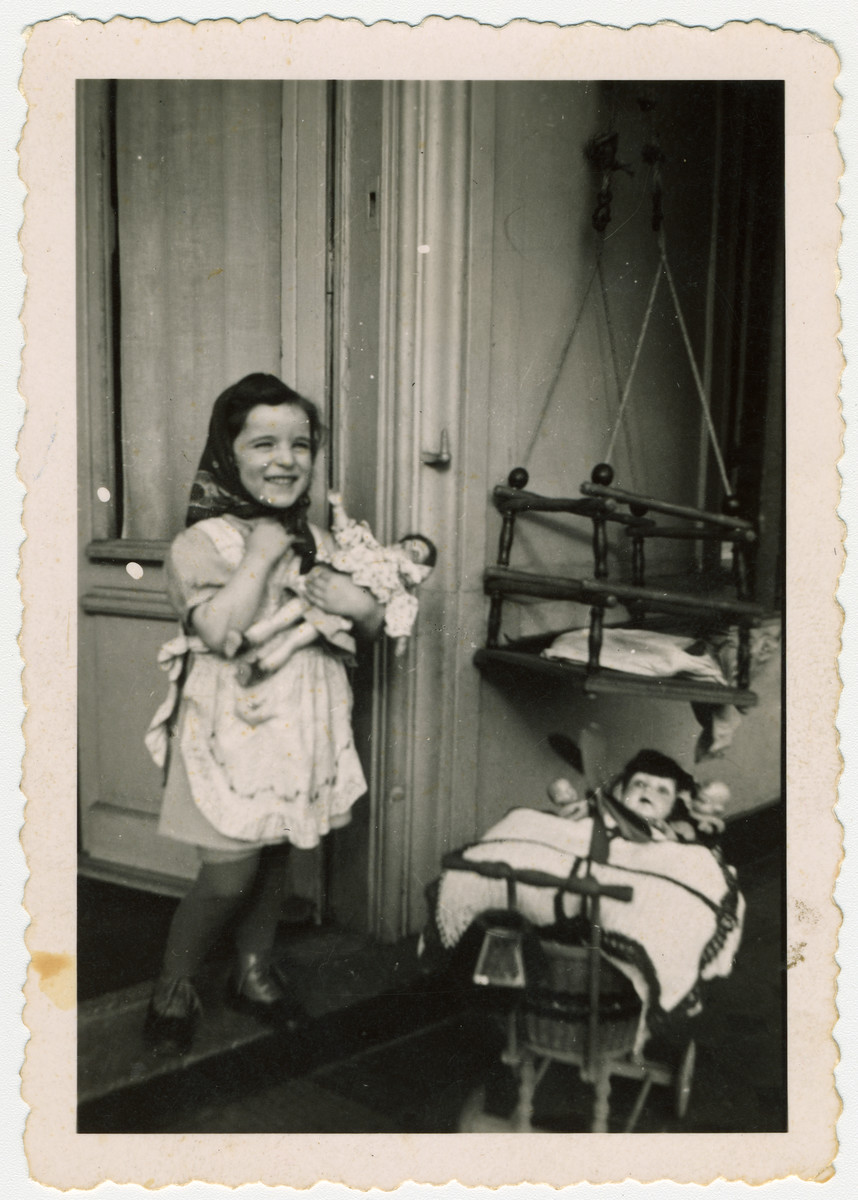 Myriam Manasse, a young German-Jewish girl plays with her dolls about a year before her deportation and murder.

The following year she was deported, presumably to Sobibor where she was killed.