The Jewish owners of a dry goods store in Marienbad pose in front of the counter with other employees standing behind them. 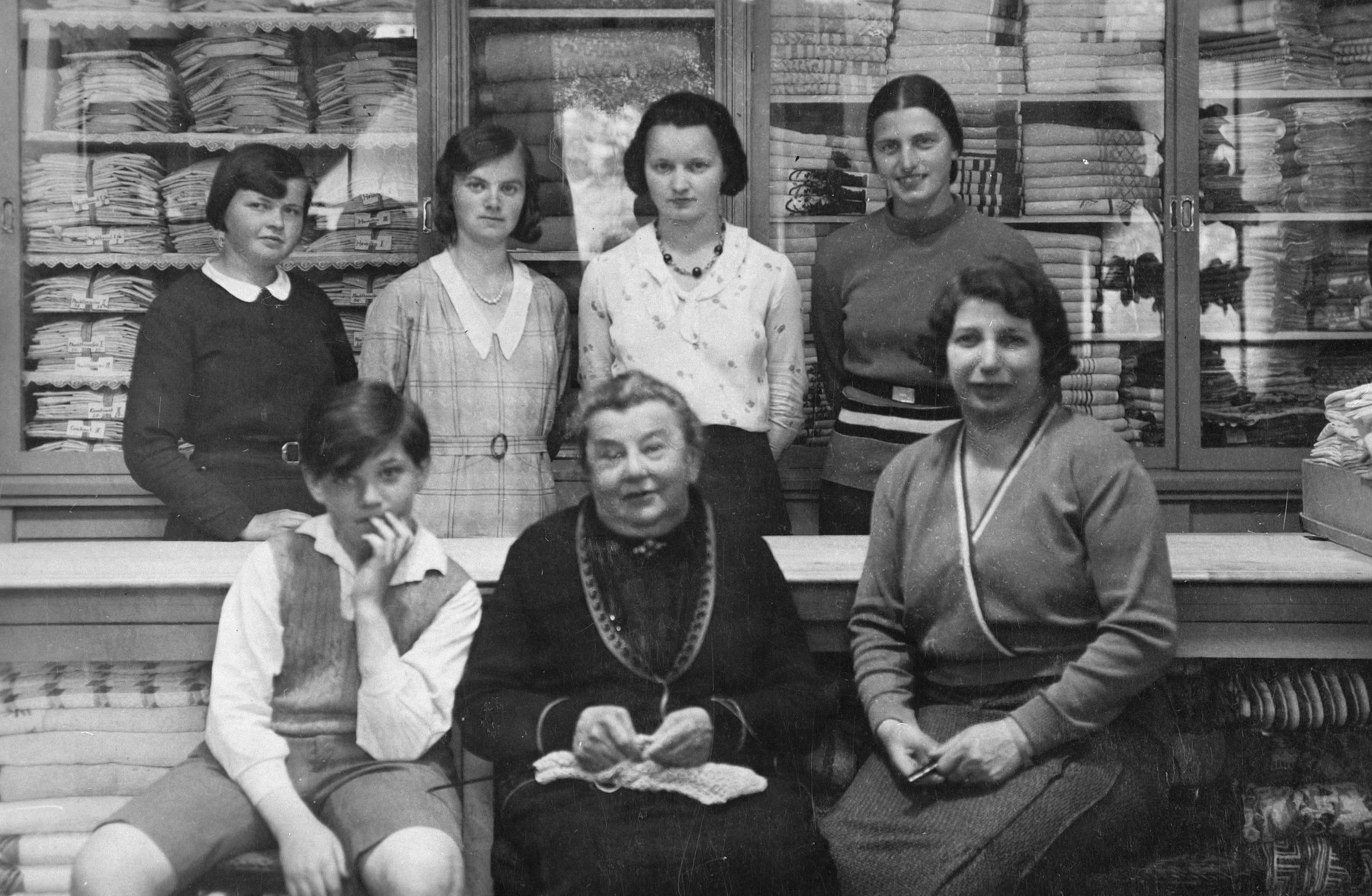 The Jewish owners of a dry goods store in Marienbad pose in front of the counter with other employees standing behind them.

Biography
Mimi Ormond (born Mimi Alice Schleissner) was born on January 28, 1926 in Marienbad (Marianske Lazne), in the Sudetenland region of Czechoslovakia. She had one older brother, Edward, After the German annexation of the area in September 1938, the Schleissner family left their hometown and moved to a small room in Kolin nad Labem. They started to make efforts to leave Czechoslovakia and obtained various visas for different destinations. However, before they succeeded in emigration, in March 1939 Germany invaded Czechoslovakia and created a German Protectorate of Bohemia and Moravia. In May 1939 Mimi, who was thirteen years old was accepted on a Kindertransport, a rescue effort, which brought thousands of Jewish refugee children from Nazi occupied Europe to Great Britain. Edi was not able to leave, since he was eighteen years old. Mimi joined a Zionist youth group to prepare her for agricultural settlement in Palestine. She planned to stay in England for just a few months, but Germany's invasion of Poland on September 1, 1939 and the start of World War II caused her to remain in Britain till the end of the war. In December 1939 Mimi's parents and brother managed to illegally leave Czechoslovakia and reached Palestine in January 1940. Mimi in the meantime joined another Hachshara, at first in Great Engeham Farm in Kent and later in Landough Castle near Cardiff in North Wales. This group was bombed out and she went on to join another group in Gwrych Castle near Abergelee in North Wales and finally left for Bydown Castle near Barnstaple in Devonshire. In 1942 Mimi left the agricultural training program, and moved in with her aunt and uncle in Cheltenham where she was tutored in English by a refugee professor. He told her that she could attend college for free if she wanted to train to become a nursery teacher. After two years of study, she became a head nurse in a day-care center and entered a life-long career in early childhood education. Mimi Schleissner met a U.S. soldier and violinist, Edward Ormond; they married on November 8, 1944. Before settling in the United States, Mimi traveled to Palestine to visit her parents and brother. After the reunion with her immediate family, she traveled to Alexandria, Egypt and sailed to the US on board of SS Thomas Barry.