Group portrait of Jewish DPs posing in front of a barbed fence at an internment camp in Cyprus. 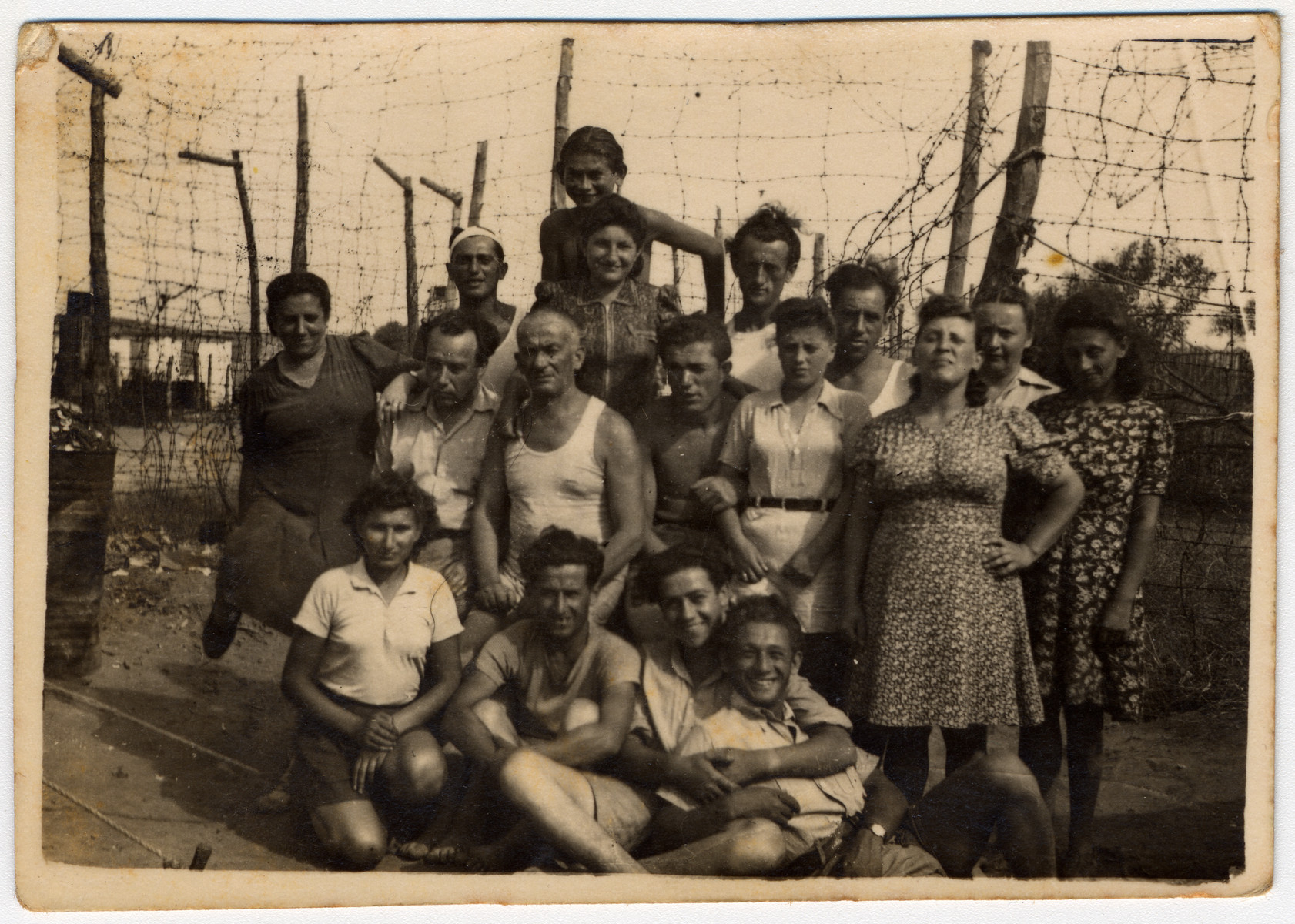 Group portrait of Jewish DPs posing in front of a barbed fence at an internment camp in Cyprus.

Event History
The Cyprus detention camps were a series of refugee camps for Jewish illegal immigrants to Palestine, most of them European survivors of the Holocaust, who were arrested upon their arrival and transshipped to the nearby Mediterranean island. Hoping to provide a strong deterrent to Jewish immigration, the British government inaugurated the policy of deportation to Cyprus in August 1946. The Cyprus camps remained in existence until February 1949. During this period over 52,000 Jewish refugees passed through the camps, having been taken off thirty-nine illegal refugee ships. The British ran these camps in accordance with the harsh model of the POW camp. Responsibility for the welfare of the detainees, however, was quickly assumed by the Joint Distribution Committee, which greatly reduced the level of hardship suffered by the refugees. JDC Cyprus director, Morris Laub, served as the representative of the refugees vis a vis the British authorities.

There were two types of refugee camps on Cyprus: five summer camps (nos. 55, 60, 61, 62, 63) located at Kraolos, near Famagusta, where the refugees were housed in tents; and seven winter camps (nos. 64-70) at Dekalia, where housing consisted of tin Nissen huts and some tents. After December 1946, the majority of the children and teenagers were placed in Camp 64, known as the youth village. The population of the Cyprus camps consisted primarily of young people between the ages of thirteen and thirty-five, who were imbued with a strong Zionist ideology. Approximately 2000 babies were born in the Cyprus camps. The births took place in the Jewish wing of the British military hospital in Nicosia. Four hundred Jews died during their internment on the island and were buried in the Margoa cemetery.
https://encyclopedia.ushmm.org/content/en/article/cyprus-detention-camps.