Children of a Jewish kindergarten in Szczecin after the war. 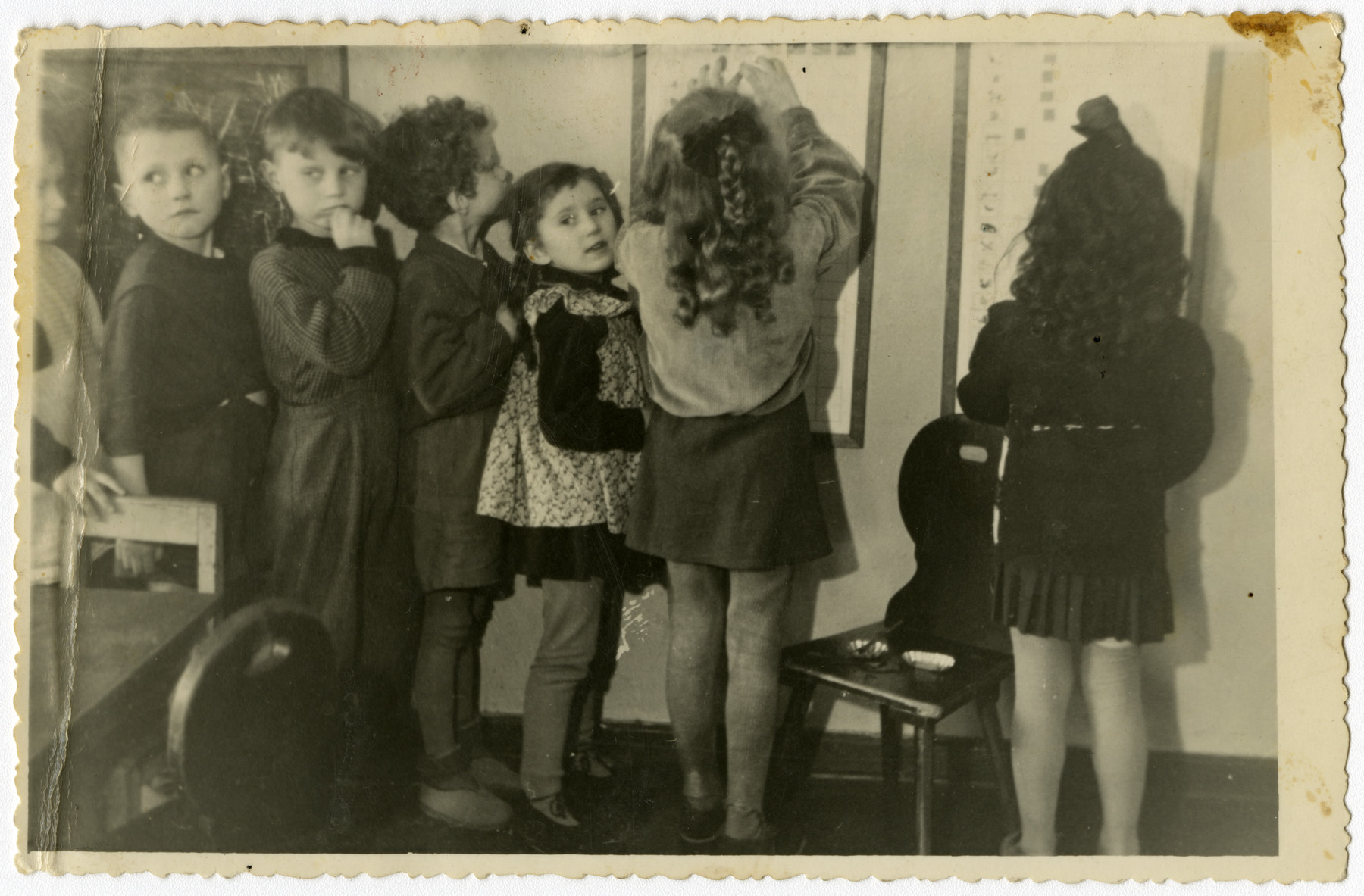 Children of a Jewish kindergarten in Szczecin after the war.

Biography
Klara Gorysznik-Meszel (born Klara Schiller) is the daughter of Shlomo Schiller, a water well builder, and Henia Kaner Schiller. She and her twin sister Pola were born on February 1, 1926 in Warez, Poland. Their older sister Ania was born in 1921. After the German invasion of Poland on September 1, 1939, the Schiller family fled to Kherson in the Ukraine. The city was full of Polish Jewish refugees, the climate was mild and there was full employment. Shlomo Schiller and Michael Kindler, Ania's husband, worked in a metal factory, while Klara and Pola attended school. Then in June 1941, Germany invaded the Soviet Union. The Schillers were evacuated to Chelyabinsk in the Ural Mountains. Michael Kindler was mobilized into the Soviet Army and probably killed. In Chelyabinsk Shlomo worked as a bookkeeper and Klara and Pola worked in an ammunition factory, producing Katyusha rockets. Six months later the family had to leave Chelyabinsk, which was declared out of bounds for refugees as untrustworthy elements. The Schiller family moved to Kopeysk. They suffered hunger, and Shlomo's health deteriorated drastically to the point of loosing sight. Klara and Pola worked twelve hour shifts in different factories. While in Kopeysk, Klara met and married Ephraim Fima Gorysznik, an engineer in an ammunition factory. In 1946 Klara and Ephraim and the Schiller family repatriated to Poland and settled in Szczecin. Though her parents and sisters moved to Israel, Klara stayed in Szczecin and worked first in a Jewish kindergarten on Naruszewicz street and later as supply manager in a vocational school. After her husband's death in 1960, Klara moved to Israel with her 3 daughters: Roza, Dziunia and Alinka.