Four survivors of the Lodz ghetto pose in front of a truck labeled "The Happy Boys" in a DP camp in Germany. 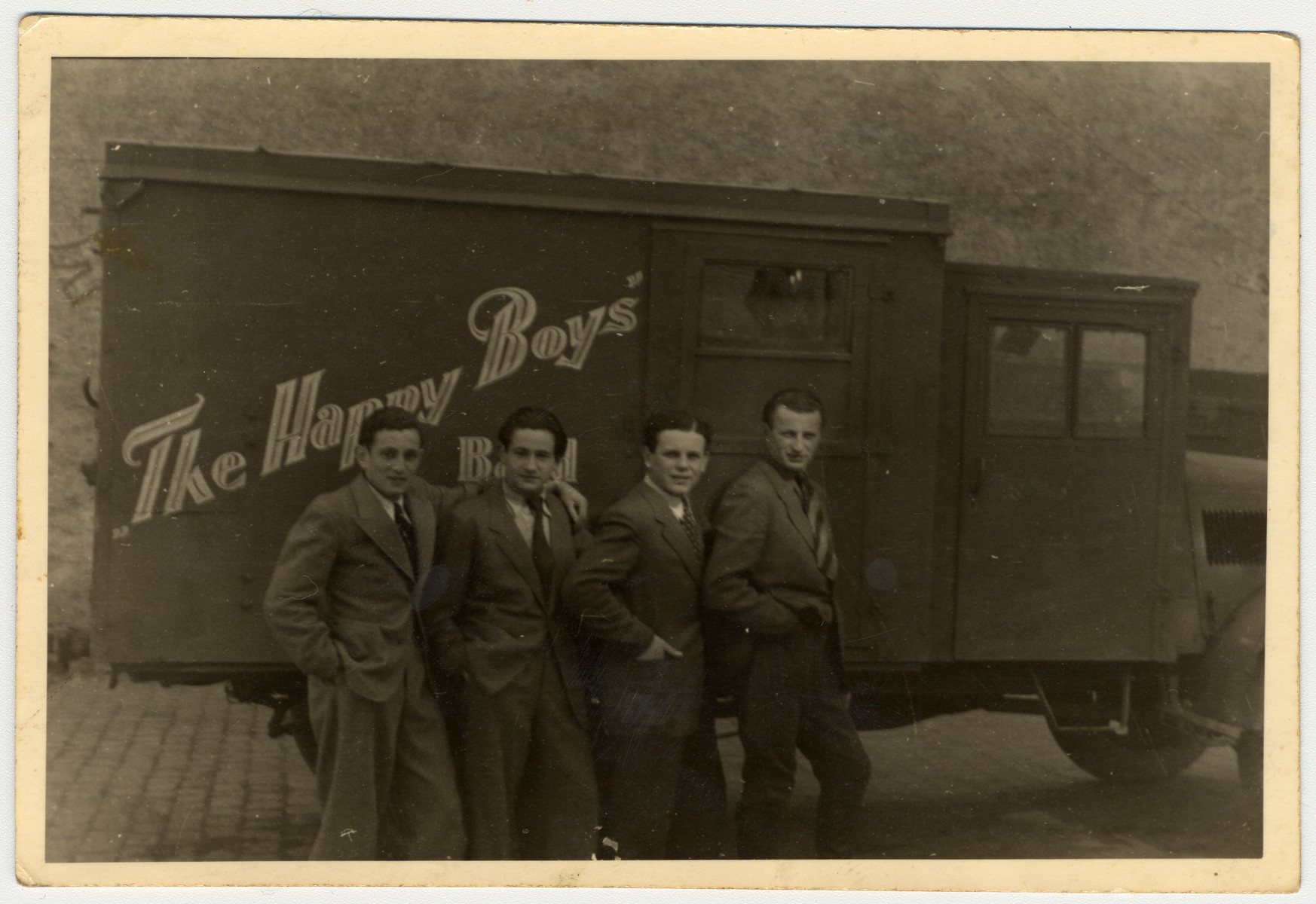 Four survivors of the Lodz ghetto pose in front of a truck labeled "The Happy Boys" in a DP camp in Germany.

"The Happy Boys" was a swing and jazz band which performed at DP camps throughout Germany from 1945-49. Many of its members had previously been musicians in the Lodz ghetto.