Group portrait of instructors of the Hanoar Hatzioni Zionist Youth movement at a summer camp in Lvov. 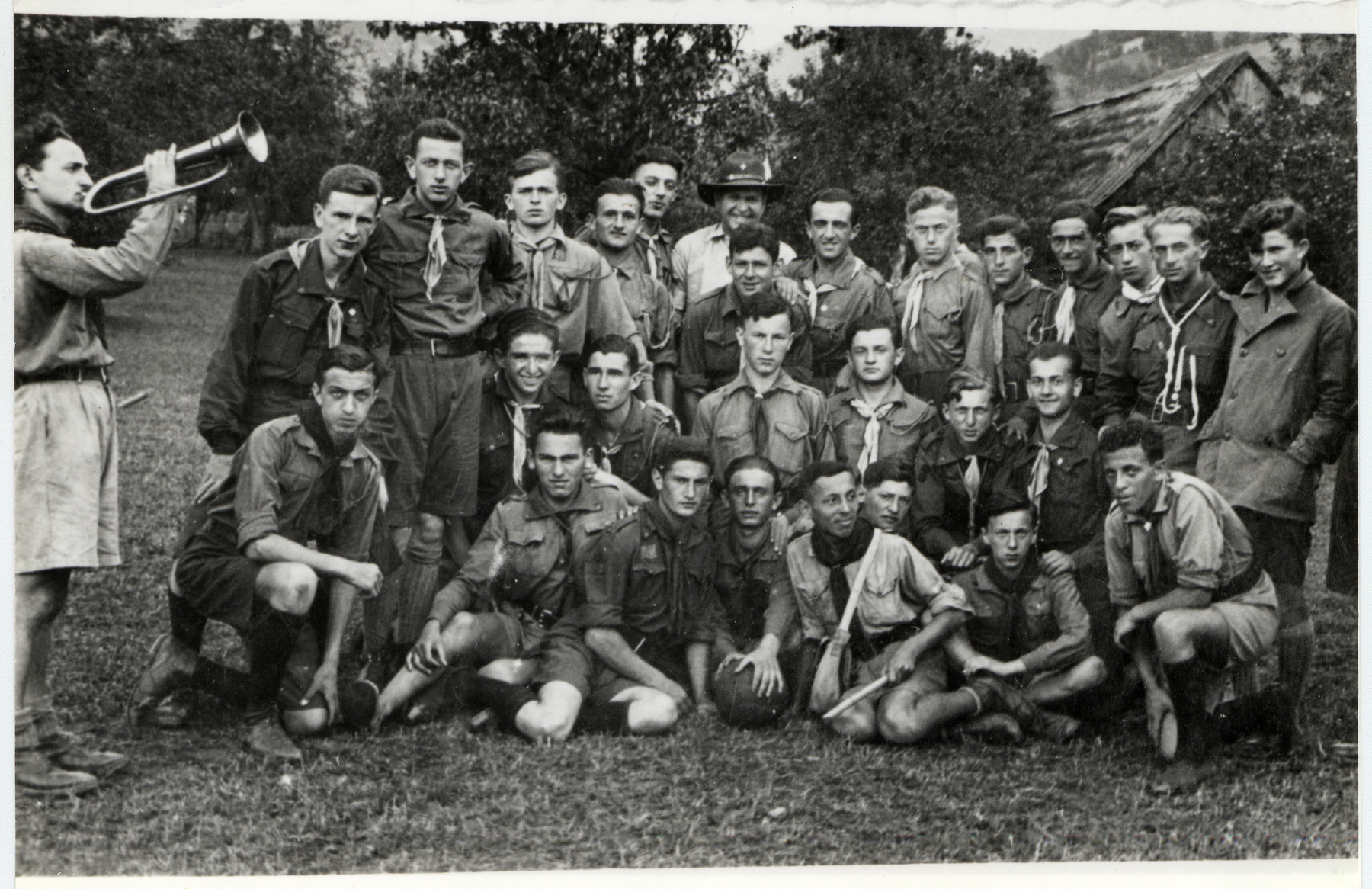 Group portrait of instructors of the Hanoar Hatzioni Zionist Youth movement at a summer camp in Lvov.

Standing on the far left is Lerner. Sitting in the front row are Izio Hibner (third from the left) and Natek Tunc (first from the right). Also pictured is the donor's cousin Marceli Najder (standing center with a hat).