Group portrait of Polish-Jewish refugee children in an orphanage at the Pahta Abak-Kolhoz farm outside Andizhan, Uzbekistan shortly before they were repatriated to Poland. 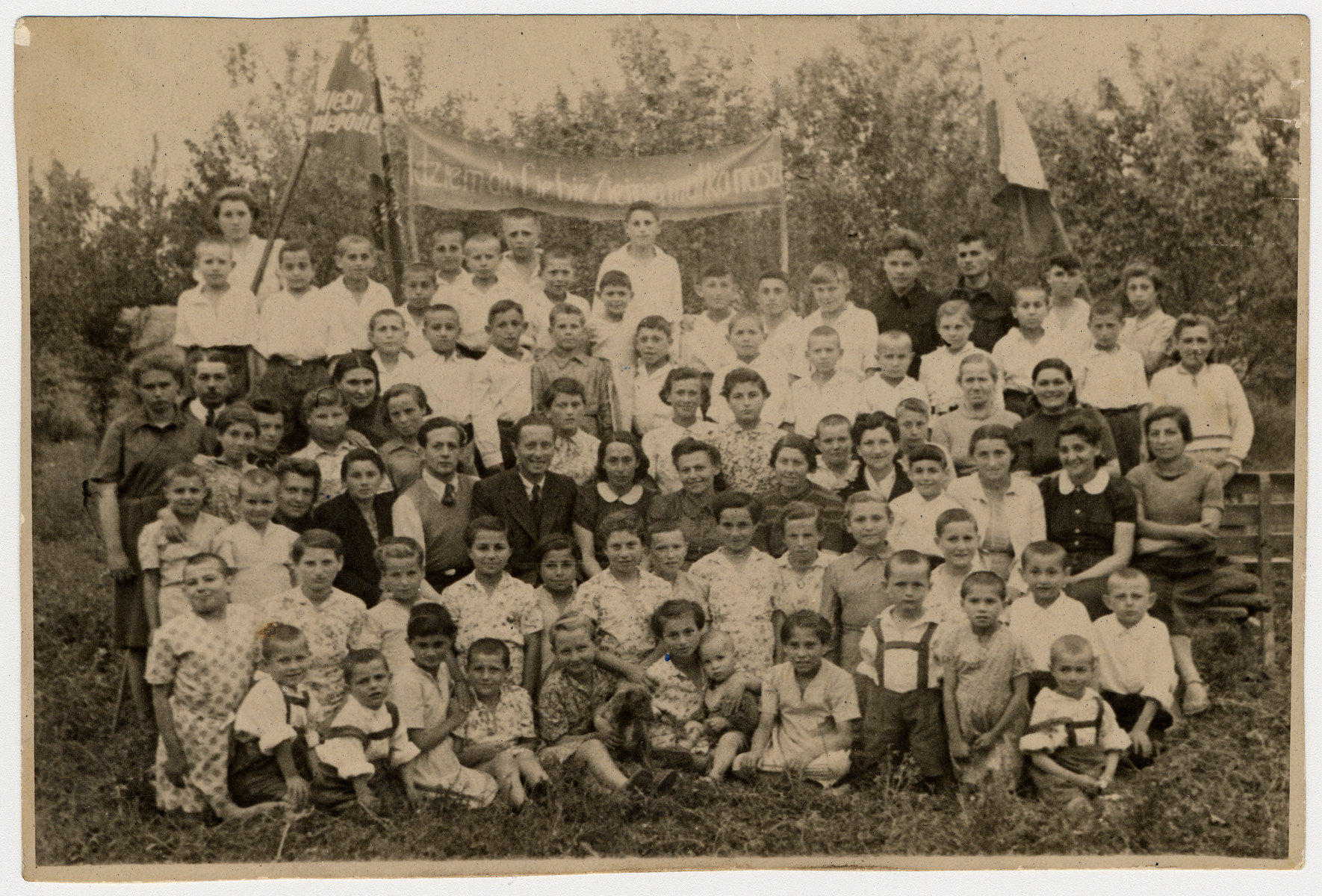 Group portrait of Polish-Jewish refugee children in an orphanage at the Pahta Abak-Kolhoz farm outside Andizhan, Uzbekistan shortly before they were repatriated to Poland.

Among those pictured is Irena Ceder (seated in front in a white dress, fifth from the right).