A telegram informing Jozef Sabala of death of his son, Hieronim Sabala, in Auschwitz. 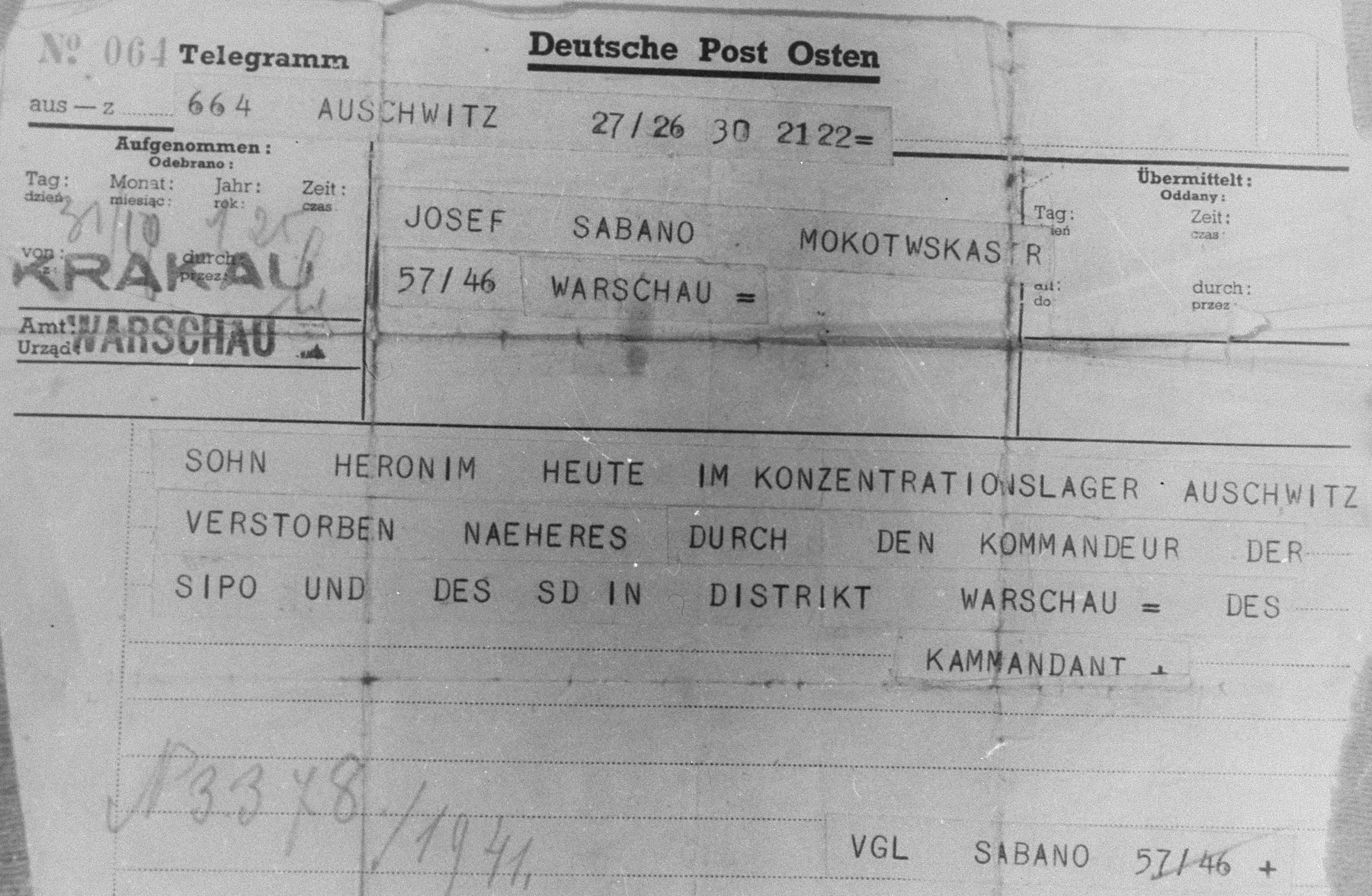 A telegram informing Jozef Sabala of death of his son, Hieronim Sabala, in Auschwitz.

Biography
Hieronim Sabala was the son of Jozef Sabala. During the German occupation he resided at 57 Mokotowska Street. He was a member of Polish paramilitary scouts Szare Szeregi (Grey Ranks), which later became a unit of the Armia Krajowa (Home Army). Sabala was arrested on May 8, 1941, imprisoned in the Pawiak prison in Warsaw, and subsequently deported to his death in Auschwitz.