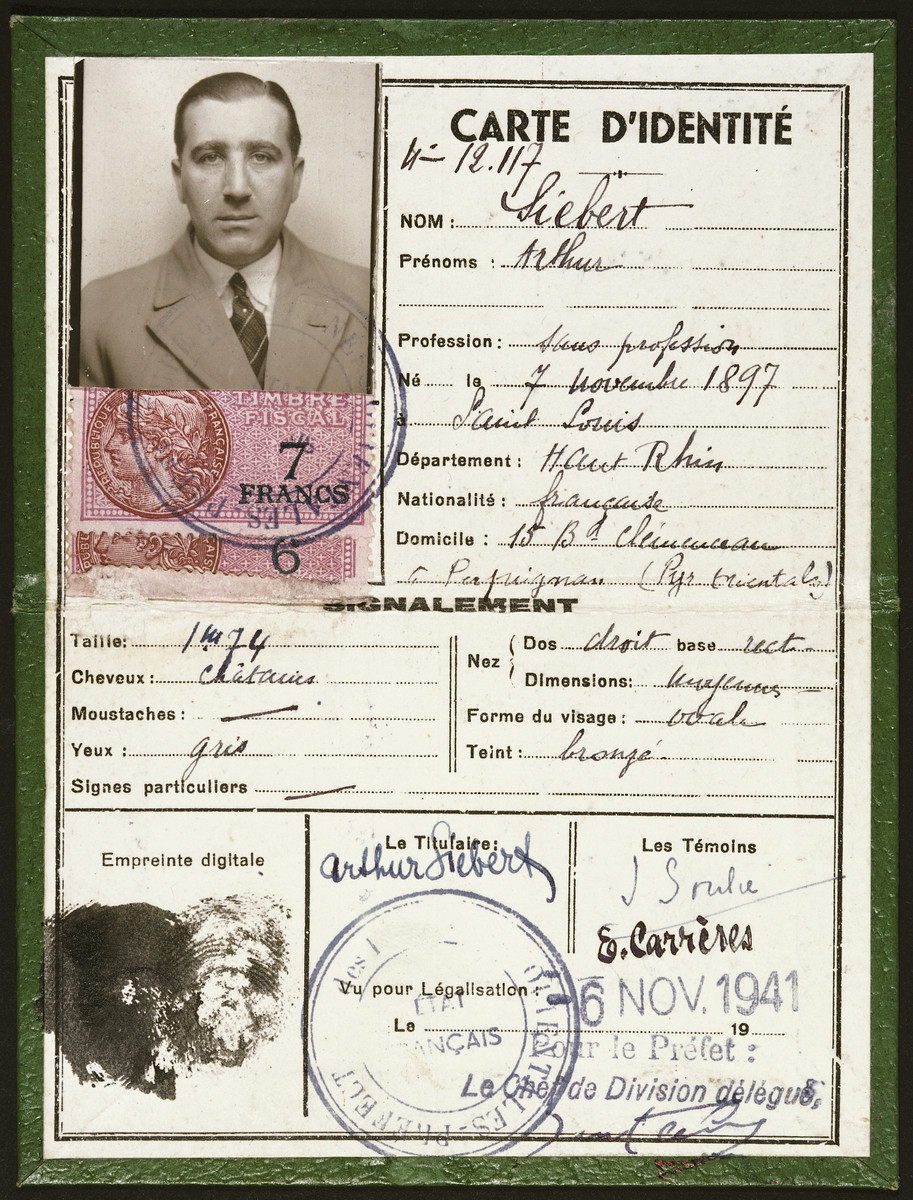 Biography
Steven Simon is the son of Arthur Simon and Irma Sostmann Simon. He was born January 22, 1932 in Frankfurt am Main, but grew up in France after his family immigrated to Paris in March 1934. Arthur Simon, in partnership with others, started two businesses. One was a simulated leather (plastic) import and sale business. The other was a specialty candy box and imported crystal business. Arthur Simon designed the candy boxes to represent folkloric and specific holiday icons and had them manufactured to his specifications. Steven’s mother’s brother, Kurt Sostmann and his wife Erna, left Germany at about the same time and settled in the same apartment complex. In 1938 Steven’s parents applied to immigrate to the United States. In March 1939 Arthur’s parents, Siegmund and Recha Simon, together with his sister, Irma Ganz Simon, a skilled fashion designer and seamstress, arrived from Germany and shared their apartment.

When World War II broke out late that summer, the Simons were on vacation in the spa town of La Bourboule. French officials proceeded to requisition their car for the French army and interned Arthur Simon as an enemy alien. Since foreigners needed a special permit to travel, Steven and his mother became stranded in the vacation town. Finally in December Steven and his mother received permission to return home. The following month Irma Simon evacuated Steven to a Quaker boarding home in Normandy to escape the German bombing of Paris. Early in May his mother fetched him back home since she had to present him to the police to avoid being interned herself. Shortly afterwards, on June 14, 1940, the Germans occupied Paris. Arthur, who was still interned, volunteered for the French Foreign Legion from the camp of Les Milles to curry the favor of the French authorities. Since he was suffering from various ailments and severe weight loss, he failed his physical exam, and the French released him from the camp on August 30, 1940. Arthur returned to Paris, reunited with his family but could not resume either of his two businesses. His partners and sales personnel had either fled or been incarcerated. He was forbidden to travel to clients. Crystal ware from Czechoslovakia was no longer available and all imports of simulated leather from the US had been stopped after the Germans seized the last shipment. Later, on August 6, 1941, French administrators confiscated his businesses and transferred the assets to German authorities. The family still hoped to immigrate to the United States.

In September 1941, after one aborted attempt, the family succeeded in fleeing to the unoccupied Vichy Zone and settled in Le Puy in the Haute-Loire. From there, Arthur made his way to the American Consulate in Lyon in the hope of expediting their visa request, but the visit was not successful. The next month the Vichy authorities put the Simons in “residence under surveillance” on the outskirts of Le Puy and shortly thereafter transferred them to “forced residence” in Allegre, a village 28 kilometers away. They lived in a ramshackle house but Steven Simon was happy and made many friends among the boys his age. The villagers were friendly and anti-German. While Steven’s family was in the Haute-Loire, his aunt Irma remained in Paris with his grandparents.

During the massive round-ups in Paris on July 17, 1942, Irma was arrested and sent to Drancy. From there she was deported to Auschwitz where she perished. Irma had deliberately remained in her apartment rather than going into hiding since she did not want to abandon her elderly parents who were physically unable to flee. Ironically, Steven’s grandparents were not arrested because of their age and poor health and remained in their apartment for the rest of the war. The concierge helped care for them over the next two years. A few weeks later, on August 8, 1942, Steven’s mother’s brother, Kurt Sostmann, was transferred from a French internment camp to Drancy and from there to Auschwitz where he also perished. His wife, Erna Sostmann, survived the war in hiding.

After learning of the capture of Irma Simon and Kurt Sostmann, Steven’s parents decided in November 1942 to flee to Lyon with false papers. The logic was that it was easier to hide in a big city than in a small village. Irma and Arthur obtained false papers from French friends in Paris under the name Sibert. Steven was also provided with a false birth certificate. However, since schools required that students provided their former school and vaccination records it was harder for Steven to simply switch identities. Therefore he kept his false papers to match up with his mother’s information about his place of birth and continued to use his real name in school. The family would tell people that Steven’s birth father had passed away, and that his mother had remarried a man called Sibert.

After spending three days hiding in their attic the Simons fled Allegre. They spent a night in a run-down hotel in Le Puy so they could catch the train to Lyon in the morning. That night, a French detective entered the hotel and demanded to search their luggage and see their papers. He discovered Arthur’s address book which listed the names of many Jewish contacts. Arthur tried to explain these were just former business contacts. While the detective was interrogating Arthur, Steven’s mother passed on the family’s real identity papers to him as they were lying together in bed and he managed to shove them under the mattress. Though the family’s false papers were all in order, the detective said he still believed they were Jewish and promised to return. The Simons left the hotel at dawn the next morning to catch the train and thereby barely escaped being arrested.

In Lyon Steven’s parents enrolled him under his real name in a Catholic boarding school run by a lay staff. Steven became adept at reciting Catholic prayers, so much so that he would frequently be called upon to recite the bedtime prayers for all the children in the dormitory while they kneeled by their beds. After one school year he passed the state entrance exam to enter the lycee and lived at home from then on, using his real name in school and his false identity at home. The family remained in Lyon for the rest of the war surviving another close call when the Gestapo raided their apartment house in early 1944 looking for someone else. Lyon was liberated by the Americans in late 1944. Steven’s grandmother died of heart failure on August 11 during the liberation of Paris. Steven and his parents returned to Paris that December. Arthur Simon restarted his candy box business and Steven resumed his schooling. Steven also joined the Jewish scouts, les Eclaireurs Israelites de France. On November 24, 1945, his grandfather passed away at the age of 89. A year and a half later, the Simons left France for the United States. They arrived on April 4, 1947.