Group portrait of family and friends at a birthday celebration. The photograph was taken on the occasion of the 75th birthday of Rosa Nachemsohn, seated in the middle. 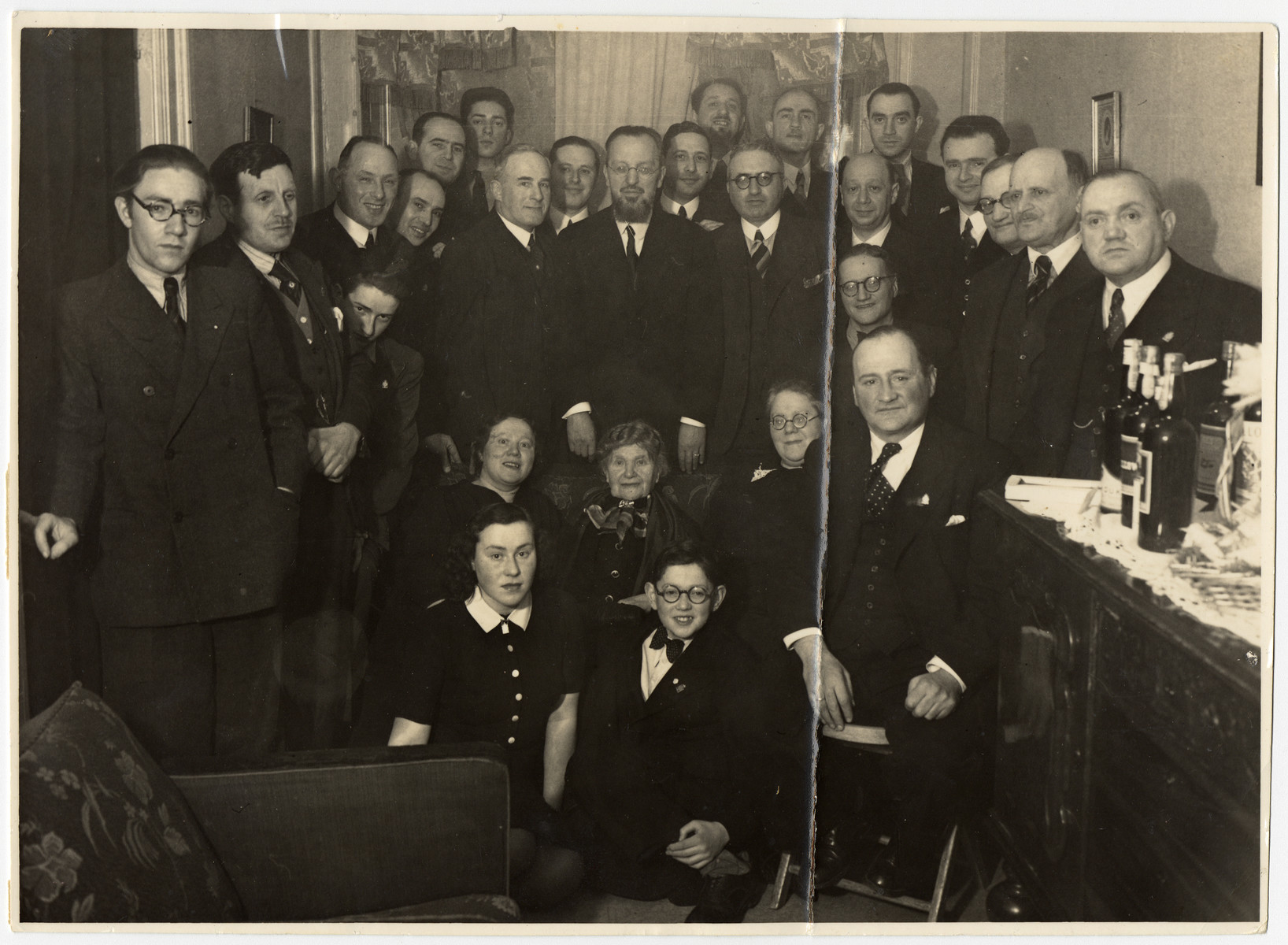 Group portrait of family and friends at a birthday celebration. The photograph was taken on the occasion of the 75th birthday of Rosa Nachemsohn, seated in the middle.

Among those pictured is donor's father, Herman Krogman (standing to the right of the man in the middle, with glasses).