A group of men views an exhibition of paintings by artist Pinchas Szwarc (later Shaar). 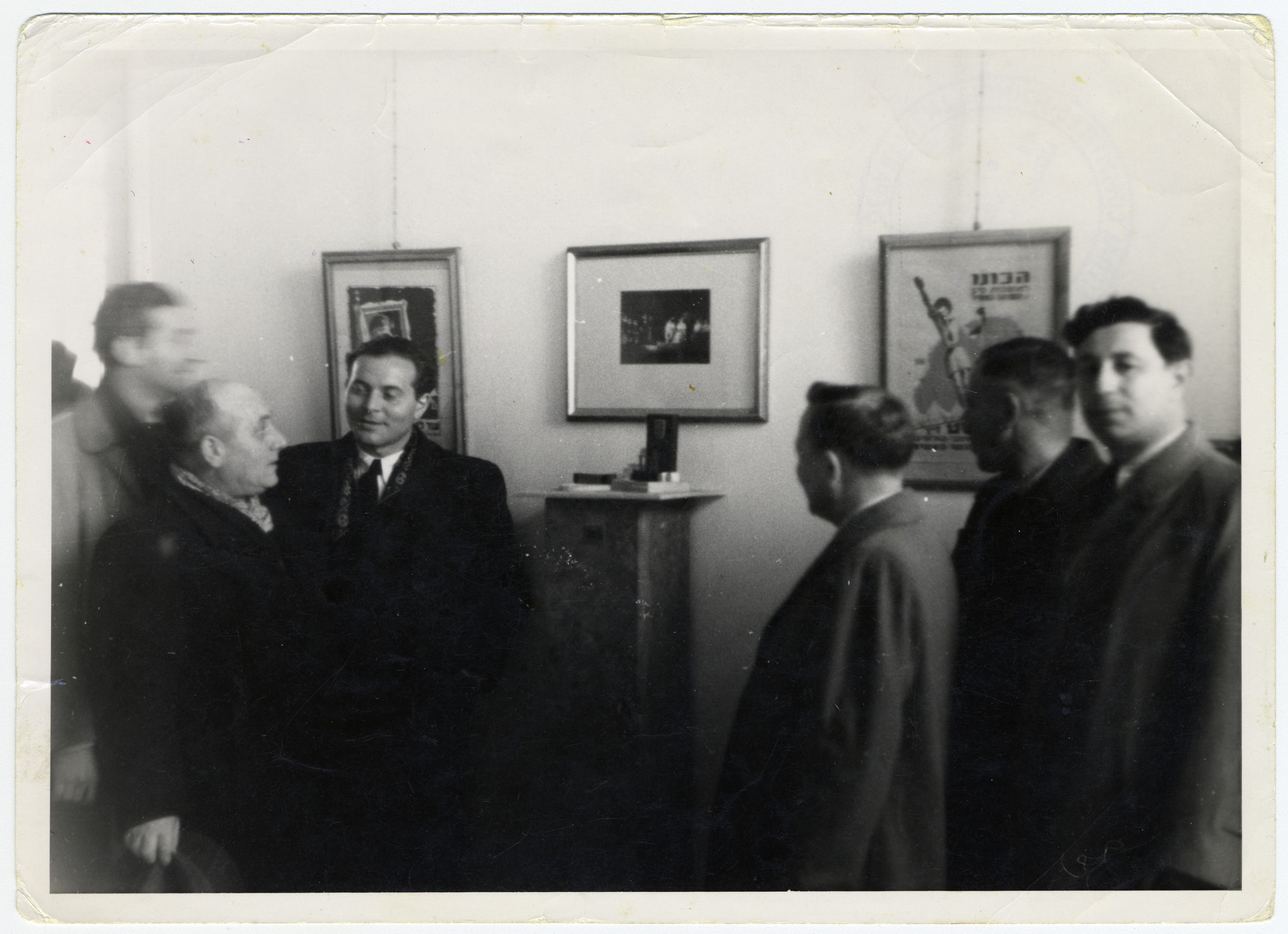 A group of men views an exhibition of paintings by artist Pinchas Szwarc (later Shaar).

Among those pictured, second and third from the left, are Jakub Szwarc and his son Pinchas Szwarc.