Three little girls sit on a blanket during a vacation in Wisniowa-Gora. 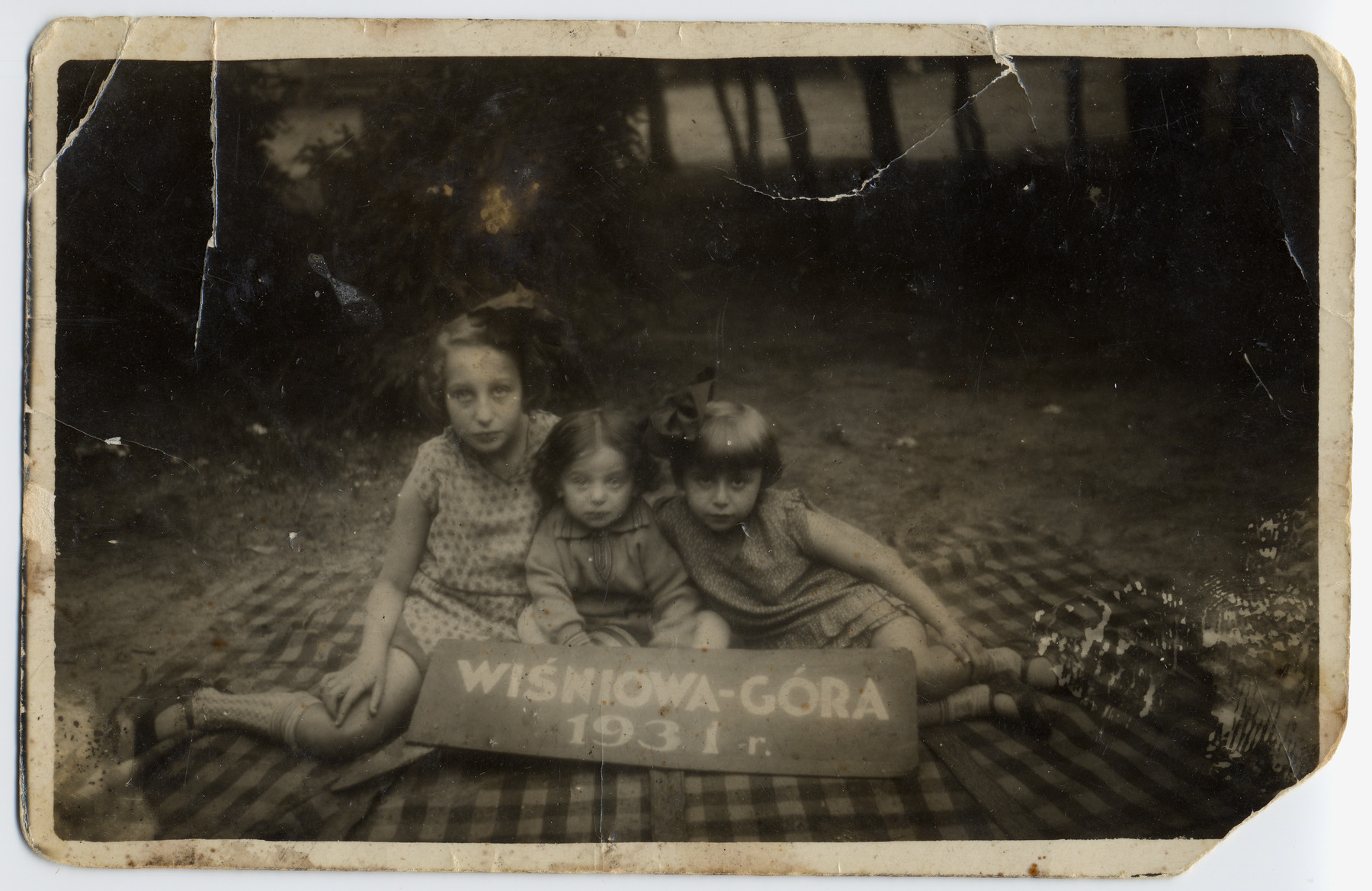 Three little girls sit on a blanket during a vacation in Wisniowa-Gora.

Pictured from the right to the left are Halina Gozdzik (later Milich), Helka Natanowicz and her sister Cela.

Biography
Halina Milch (originally Gozdzik) is the daughter of Jakub Gozdzik and Cela Cypora Domb, the daughter of a famous rabbi. Ha;ina was born in 1926 in Lodz, Poland where her father owned a haberdashery. Halina had one younger brother, Lajb, born in 1933. In 1940 the Gozdzik family was forced to leave their home and move into the ghetto. In the ghetto Halina attended the Gymnasium at Franciszkanska Street and later in Marysin. She was an avid reader and kept a daily diary. In October 1941 the schools ceased to function and served as shelters for Jews brought into the ghetto from Germany, Austria and Czechoslovakia. Because Halina's parents were working in the carpet workshop, she got a job there as well, working in the office. In July 1942 Halina's father died of hunger and exhaustion. A few months later, in September 1942, the Germans ordered a curfew (Gehsperre) during which they attempted to catch and deport children, sick and elderly. During the action, Halina, her mother and brother hid in a space prepared by Halina's two uncles for themselves and their three children: Natan, Eliasz and Estusia. In October 1942 Halina's mother died of tuberculosis and hunger. Halina now became totally responsible for her younger brother. The two children survived with the help of the head of the carpet workshop, Szyje Klugman. In August 1944 Halina, her brother, aunts, uncles and cousins all were deported to Auschwitz-Birkenau. All of the family, except for Halina, was killed upon arrival. Halina was transferred to Halbstadt labor camp, where she was imprisoned for an additional nine months. After liberation, Halina returned to Lodz to search for her family, but after realizing that no one survived, she left Poland for a DP camp in Germany. There she met and married a fellow survivor of the Lodz ghetto, Benjamin Jumek Milich. The couple immigrated to the United States and settled in New York.