Close-up portrait of a German-Jewish nurse wearing a Star of David in the Berlin Jewish hospital. 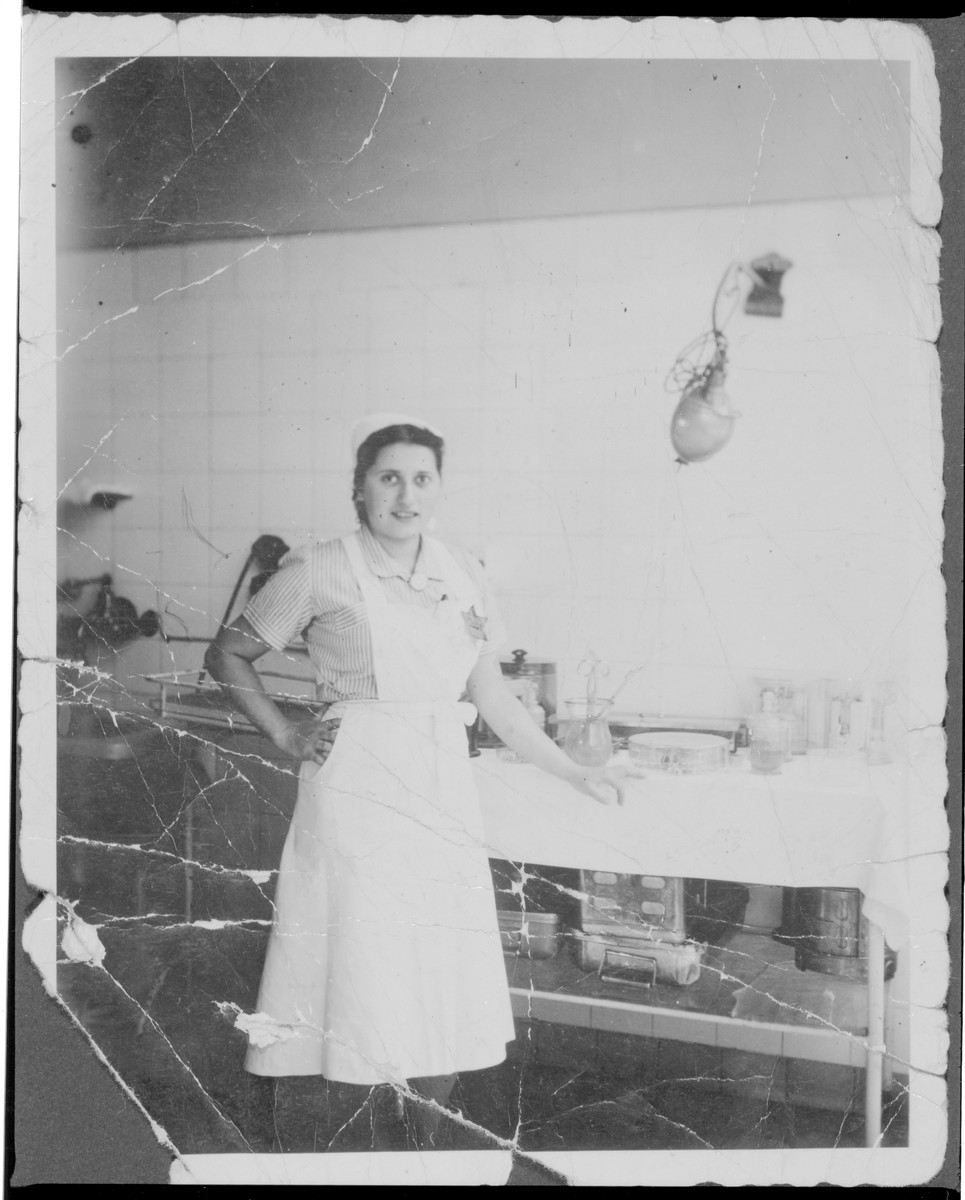 Close-up portrait of a German-Jewish nurse wearing a Star of David in the Berlin Jewish hospital.

Pictured is Ruth Loschinski Thal, the aunt of the donor. In 1943, she was deported to Theresienstadt and from there to Auschwitz and Bergen-Belsen where she perished.