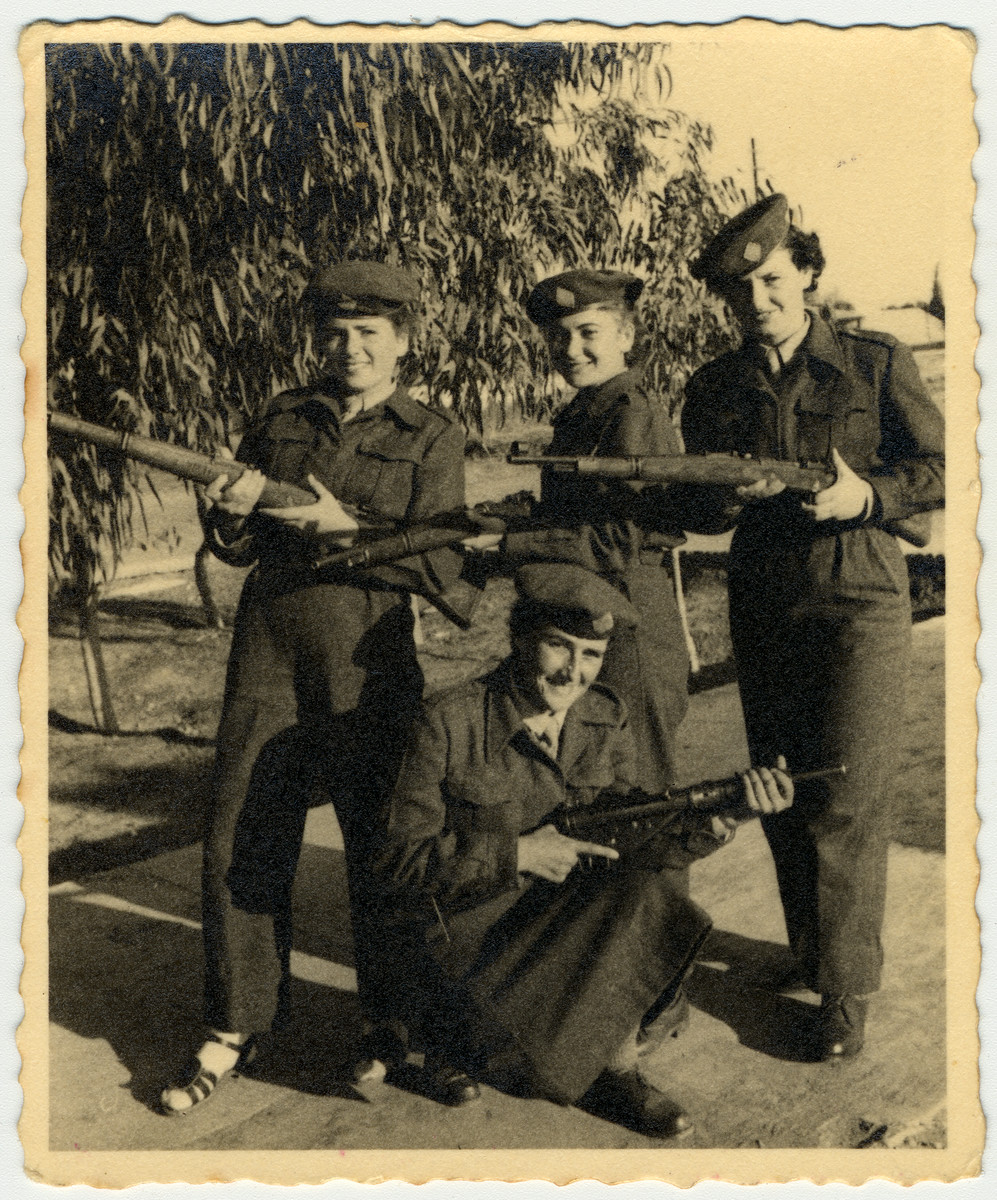 Biography
Sheila Bernard (born Sara [Sala] Perec) is the daughter of Isaac Perec and Bela Frucht Perec. She was born on February 18, 1936 in Chelm, Poland, where her father managed a Singer Sewing Machine business. Sala came from a large extended religious family, and her grandmother descended from the Hassidic founder, the Baal Shem Tov. After Germany seized control of Chelm, they established an open ghetto. Sala's family together with her aunt and uncle, Chaim and Itta Frucht Tuchman, and their three daughters, (Sara, Chaya, and Bracha) shared one small apartment in the same building that their family owned before the war. The back of the building formed the walls of the ghetto. Life was hard, and there was never enough food. Once, Bela was arrested for having sold her belongings for sacks of flour. In 1941, Isaac Perec and two other men escaped to Russia after hearing rumors that the Nazi's planned to kill the Jewish men. Shortly afterwards, they heard a new rumor that the Nazis planned to kill the women and children as well, and Sala's father attempted to return to Chelm. He and his brother-in-law Szyja Frucht were killed by the Germans upon their return. Bela was forced into slave labor in the ghetto, leaving Sala and several other children in the care of her sister-in-law, Itta. On multiple occasions, the Nazis raided their apartment. During one raid they killed Itta and several of the other children, but Sala and two of her cousins managed to escape. During a different round-up, Sala hid under the closet stairs. Fearing that Sala would be killed in future "Aktions", Bela managed to bribe a guard to sneak her out of the ghetto to hide near her place of work. Once, Sala hid in the grass where Bela was digging trenches. Another time, she hid in the munitions factory. Bela obtained help from a family friend and Polish policeman named Chizuk. Chizuk had cancer and wanted to do something nice before he died. In November 1942, he warned Bela of an impending round-up and offered to save her. As Bela would not leave Sala, he agreed to hide both of them even though the rest of his family strongly disapproved for fear that they would be caught and killed for helping Jews. Although Chizuk provided a sanctuary for Bela and Sala, when Sala's two cousins knocked on the door and asked if they could also hide there, the policeman and his wife turned them away. Bela and Sala stayed in Chizuk's home for a few days. They moved first to a potato shed, then later to a chicken shed when the weather turned colder, and they remained hidden there for the next two years. Every day Chizuk brought them bread and water. On July 22, 1944 Sala was liberated by Soviets at the age of seven and a half. Chizuk died two weeks after the end of the war. Had he died before the end of the war, Sala and her mother surely would have been expelled from their hiding place. Bela died seven months later, on February 9, 1945, from a pulmonary embolism in her leg. After her death, Sala stayed with a Jewish family until a representative from the Coordinatzia found her and brought her together with other Jewish orphans to a children's home in Dornstadt, Germany. About 50 Jewish children lived in this former castle. Sala received her first formal schooling and Hebrew instruction in preparation for a new life in Palestine. She wrote to her mother's brother Avigdor Frucht and his wife Frieda. They had immigrated to Palestine before the war and sponsored Sala's Aliyah. In October 1947, at age 11, Sala arrived in Palestine. There, she married and had a daughter before immigrating to the United States in 1963.