Children work on an outdoor art project in a Jewish summer camp in The Netherlands. 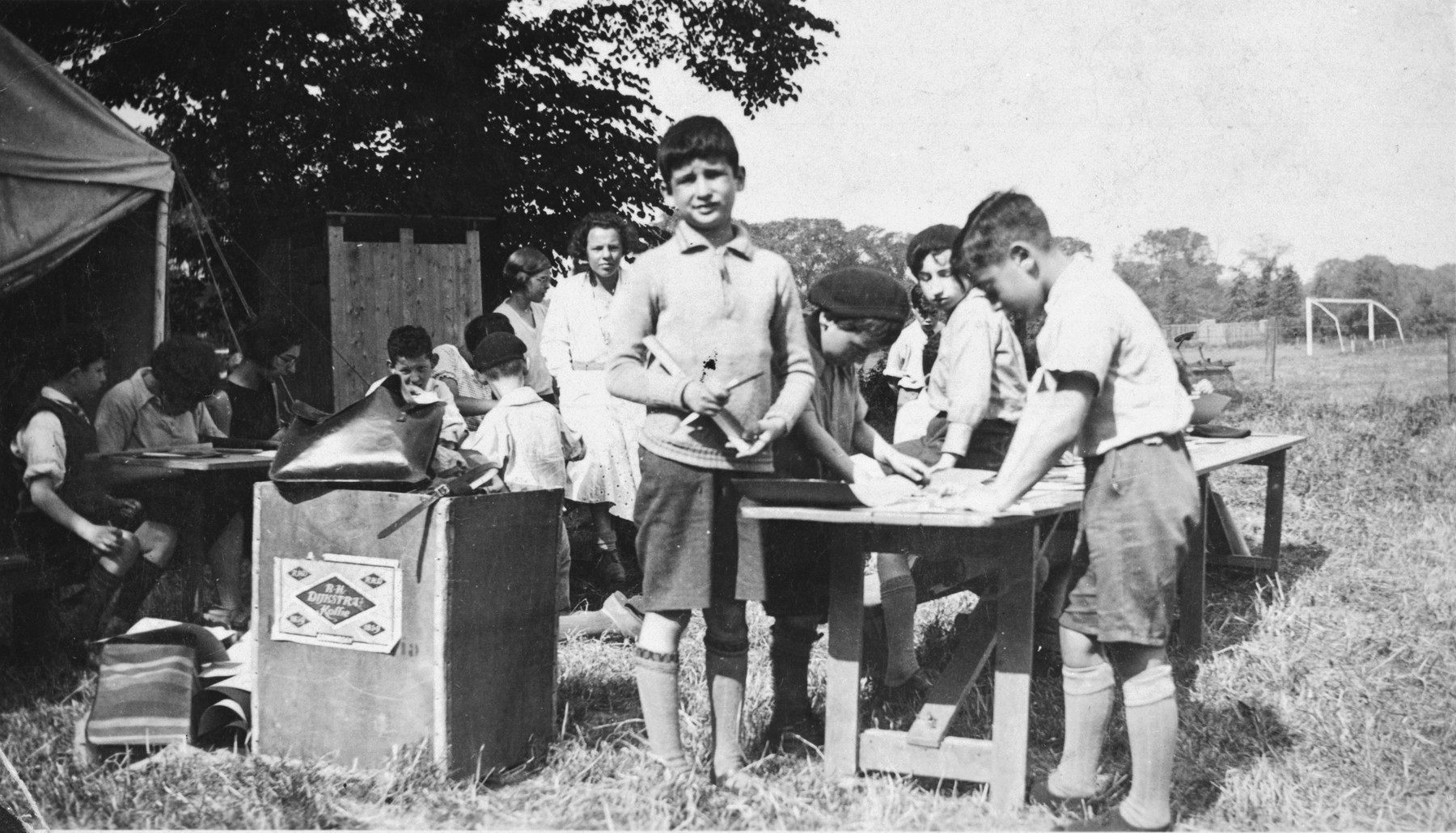 Children work on an outdoor art project in a Jewish summer camp in The Netherlands.

Pictured in the back is the counselor, Letty Rudelsheim.