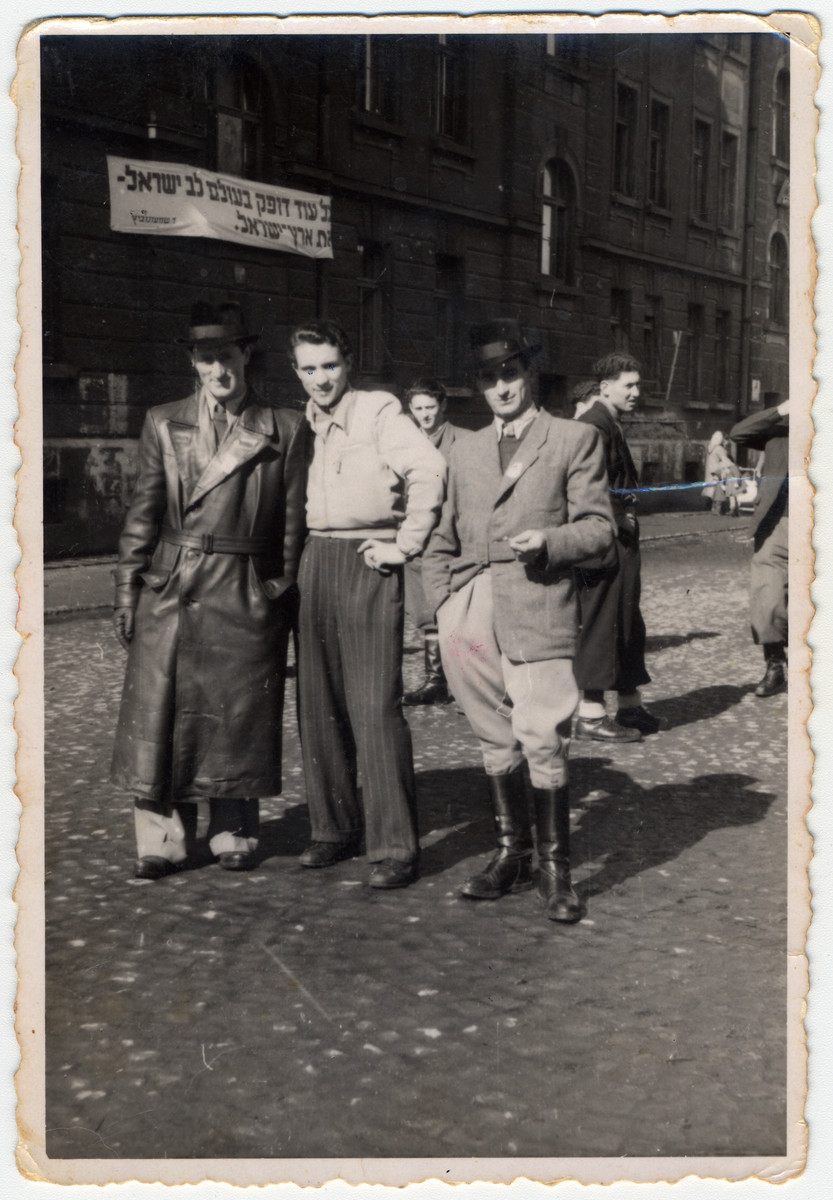 Pictured are cousins of the donor's parents. The sign above them reads "A Jewish heart still beats in the world for the land of Israel."

Biography
Avi Herskovitz is the son of Moshe (Moritz) Herskovitz and Malka Pollak Herskovitz. His father was born on July 11, 1914 in Dubova, Carpathia today Ukraine. Moritz Herskovitz was conscripted into a Hungarian labor battalion and eventually deported to Dachau where he was liberated by the Americans. He had been married before the war, and his first wife and daughters all perished in the Holocaust. After the war, he went to the Landsberg displaced persons' camp where he met Malka Pollak. Malka Pollak was born in Viseu, Romania near Sighet on December 20, 1918. She was deported from there to Auschwitz in 1944. Her parents previously had been deported and perished in Auschwitz. Malka was transferred from Auschwitz to an ammunition factory where she worked for six months. The German in charge of the area took his female workers to a bomb shelter during air attacks and even provided food for them. Malka was liberated by the Russians in 1945 and also came to Landsberg. Moshe and Malka married in 1947. In early July of that year, they left Germany for southern France where they boarded the President Warfield, later renamed the Exodus, bound illegally to Palestine. When the British forced the ship to return to Europe, they were sent to a new displaced persons' camp in Wilhelmshaven, Germany. There, their first son Avi was born on December 16, 1947. Eventually the family came to Israel in 1948 on the ship Moledet.