Herman Goering is driven away in an automobile following his capture. 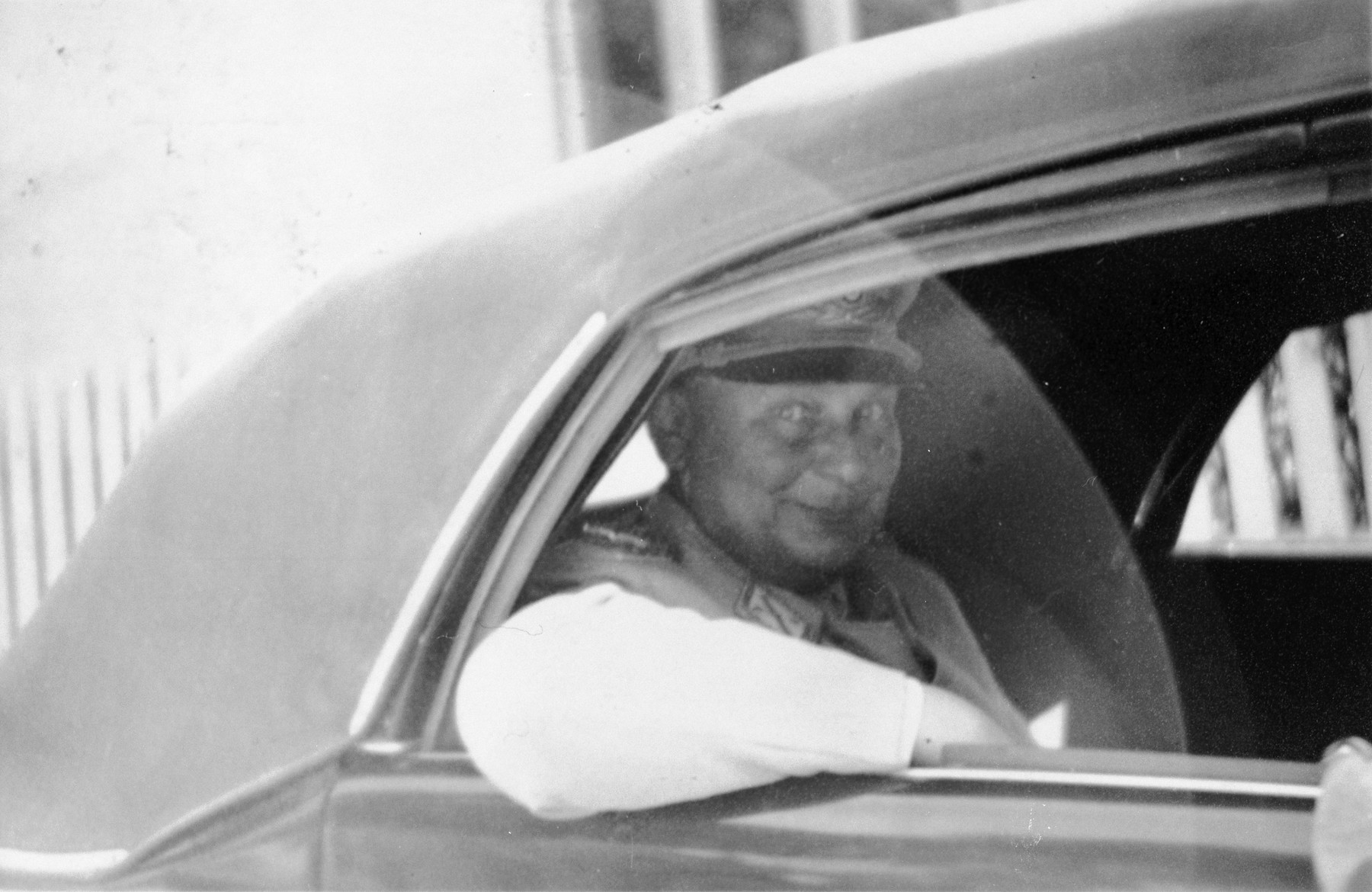 Herman Goering is driven away in an automobile following his capture.

Leo Bilander is the son of Celia and Morris Bilander. He grew up in Lodz, Poland in a family as one of nine children. His parents came to the United States at the turn of the century. Their oldest daughter Ann was born in 1906 in the United States prior to the family returning to Poland in 1910. Other children Helena (later Kellner, b. 1909), Regina (b. 1911), Herman, Henry (b. 1916). Leo and Jack (identical twins born in 1919) and Esther (b. 1921). Esther died in Lodz of heart disease in 1934. Ann, who had American citizenship thanks to the circumstances of her birth, returned to American in 1926 and began sponsoring other family members. Her father joined her in the mid-1920s, and Herman, Henry, Leo and Jack immigrated in 1936. Finally Celia and Bluma followed in 1938. Helena and Regina, who by then were married and had children, remained in Lodz. In September 1939 Germany invaded Poland, and the rest of the family lost touch with Helena and Regina. Leo entered the US Army in 1943 and was sent to Europe in 1944 as a Private 1st class. He served with the 253rd Engineer Corps of the Third Army. After Hermann Goering was capture in May 1945, Leo's platoon was responsible for guarding him. Leo remained as a member of the Army of Occupation through 1946 and searched for his two sisters. He never discovered their fate, and they presumably perished. His daughter Gina (the donor) was named after his lost sister, Regina.