Group portrait of the men's soccer team in an enemy aliens' camp in Nyasaland, Africa. 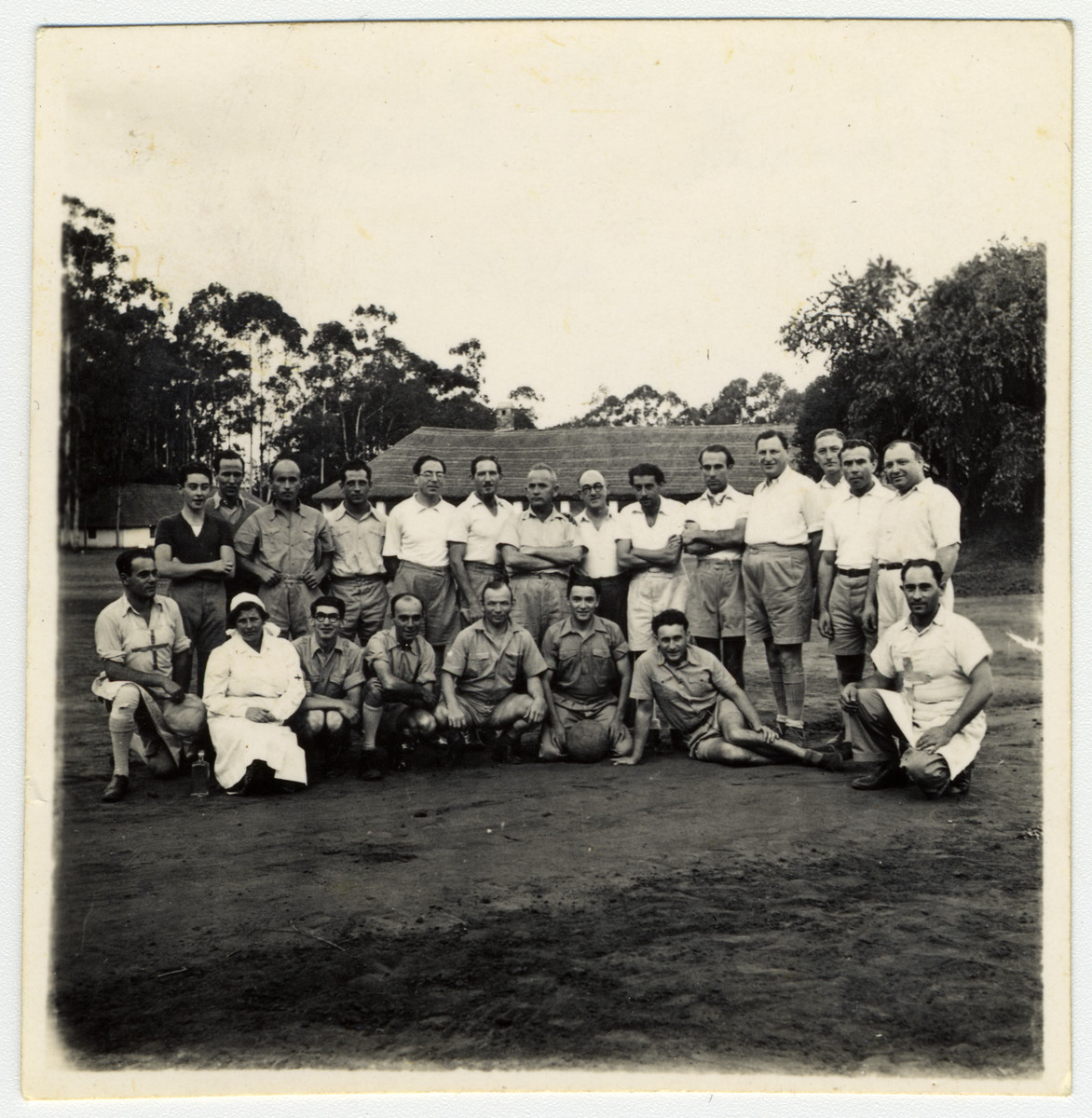 Group portrait of the men's soccer team in an enemy aliens' camp in Nyasaland, Africa.

Among those pictured is Kalman Haber.