British officials pay a formal visit to the internment camp in Nyasaland for enemy aliens. 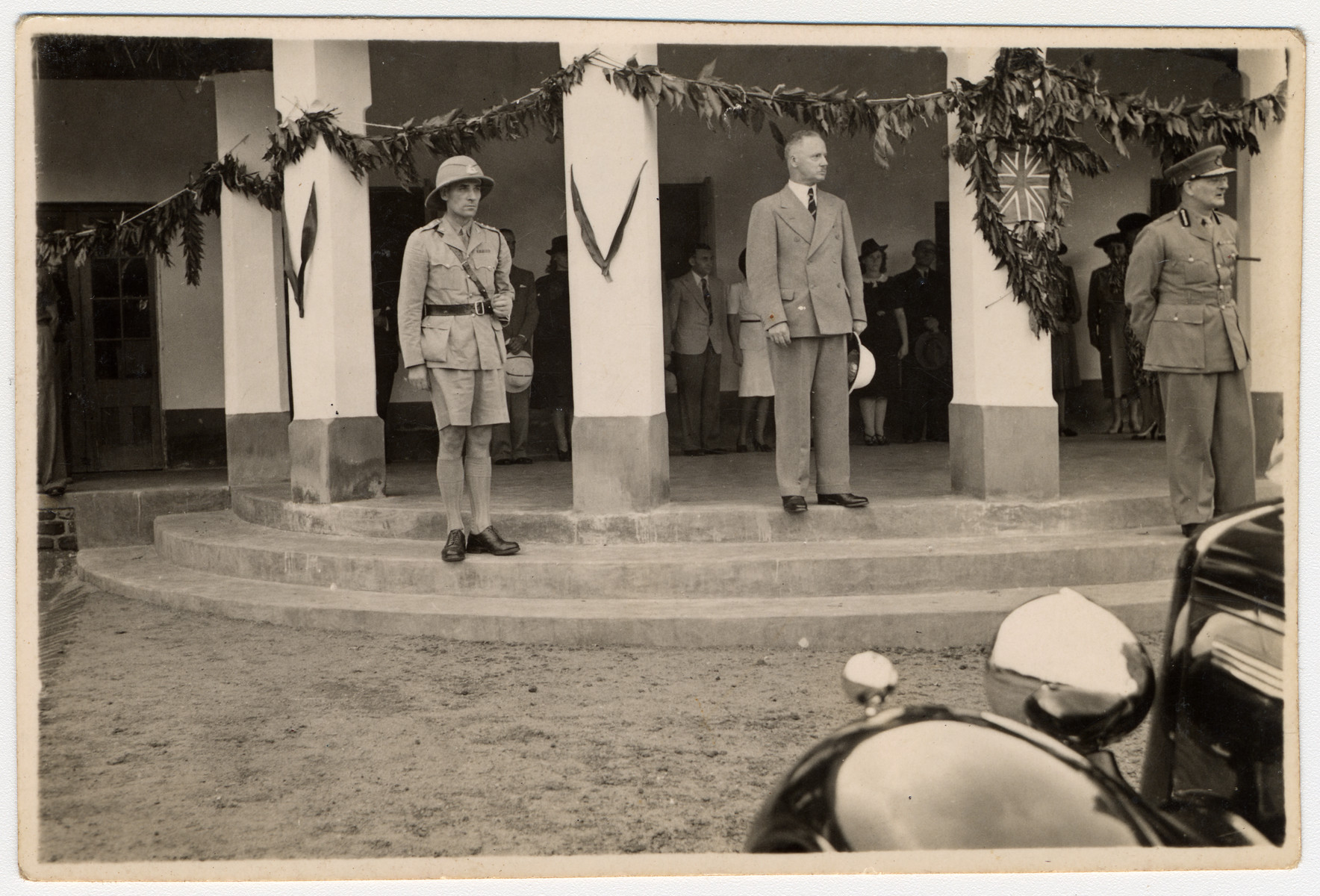 British officials pay a formal visit to the internment camp in Nyasaland for enemy aliens.

Standing in the back between the two columns are Kalman and Lily Haber.