The staff of Albert Abramowitch's cafe poses next to a display of food outside the cafe. The second woman on the right is his wife, Henriette. 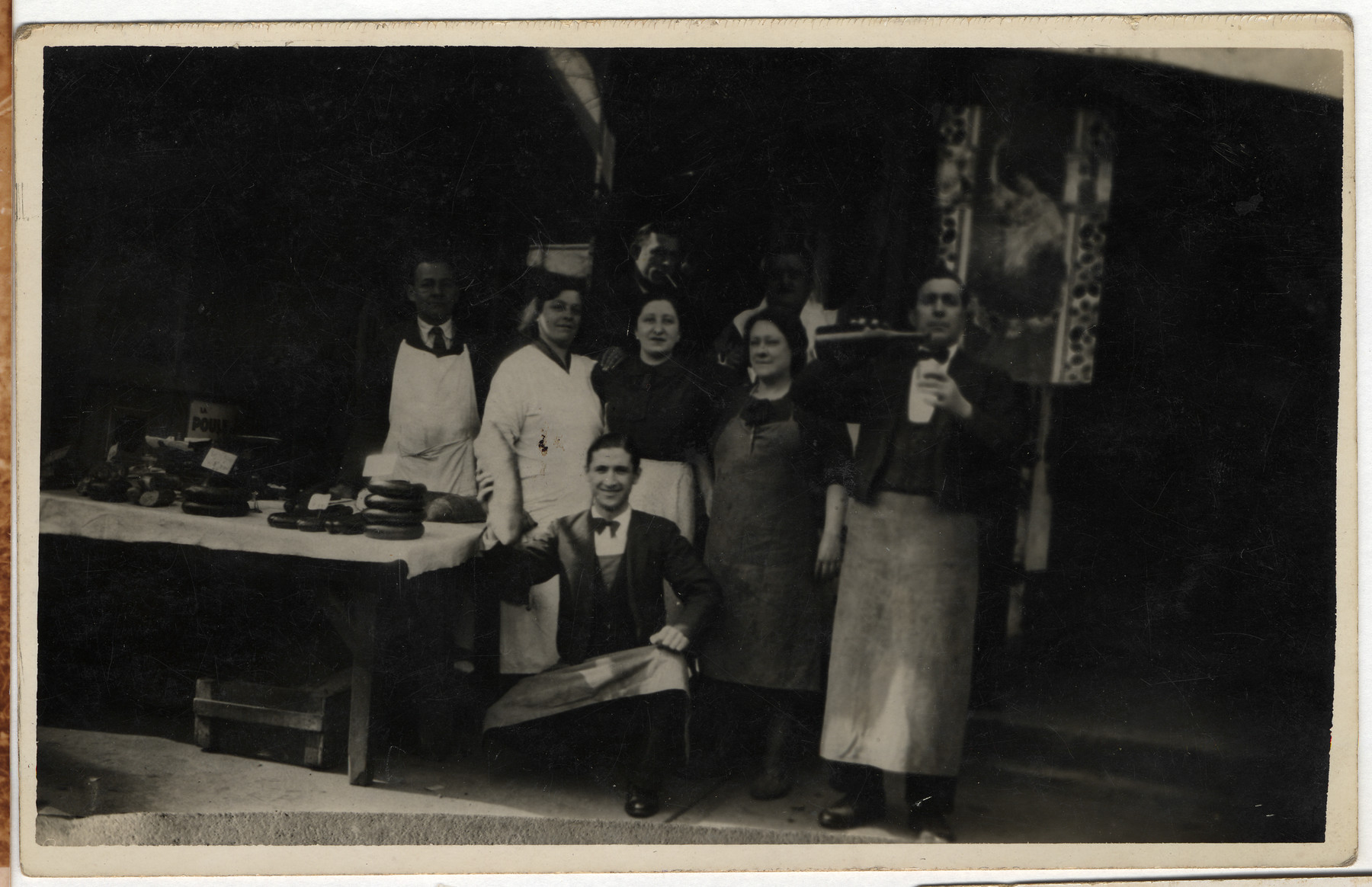 The staff of Albert Abramowitch's cafe poses next to a display of food outside the cafe. The second woman on the right is his wife, Henriette.

Albert Abramowitch was the older brother of Roche Leja Gimelstein. He switched his name to escape the Russian army and kept his pseudonym throughout his life.