Close-up portrait of Nechama Ejnes standing in a garden. 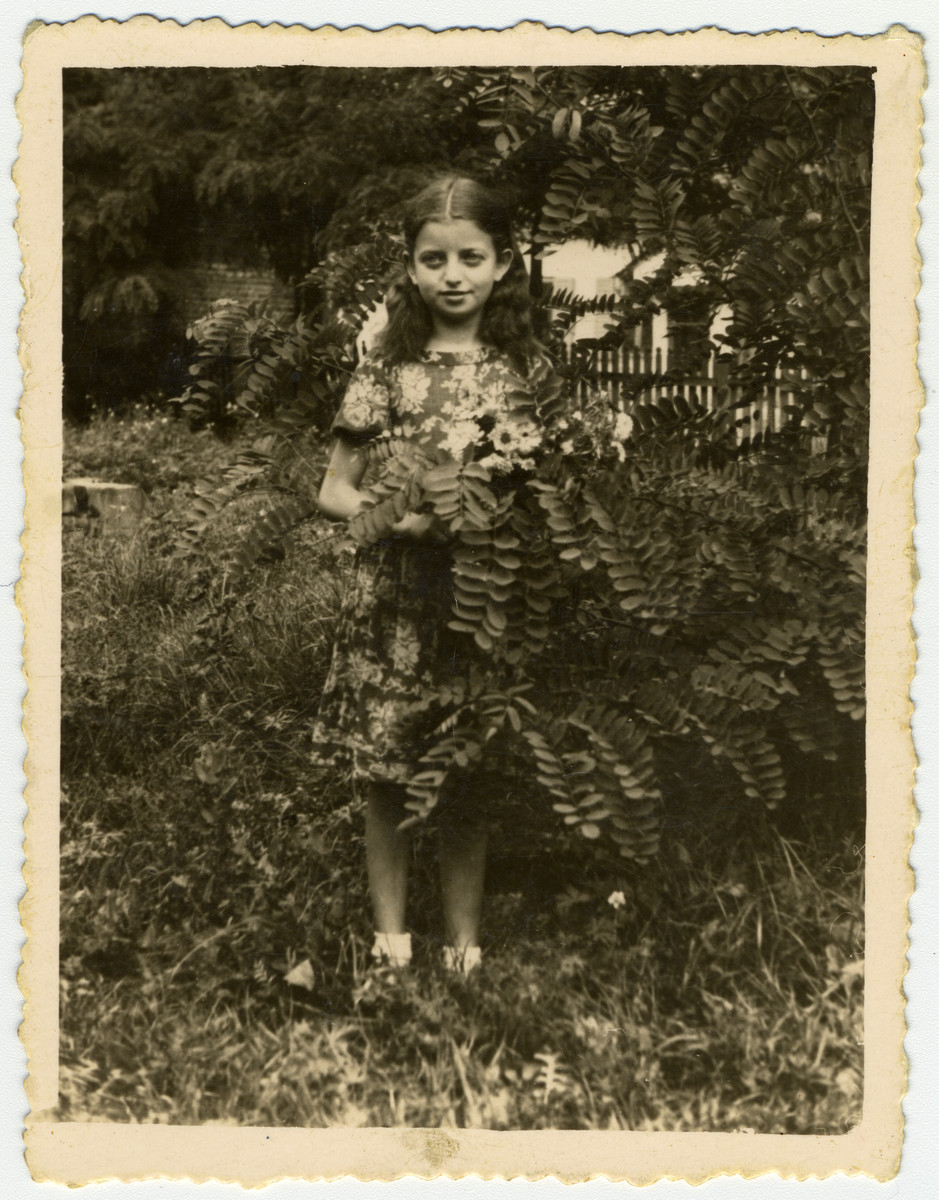 Close-up portrait of Nechama Ejnes standing in a garden.

Biography
Helen Friedman (born Nechama Chuma Ejnes) is the mother of the donor. She was born to Moshe Shmuel Ejnes and Hanna, nee Gross, Ejnes on March 5, 1927 in Wojslawice, Poland. She has one younger sister Miriam, and two younger brothers, Zvi (Hershl)and Shraga (Faivel). The family was Orthodox. With the start of World War II, they escaped to Russia in 1939 and settled in Kostroma. Nechama's parents scraped out a living by making hats and selling them in the flea market. They left the Soviet Union after the war, eventually making their way in 1946 went to the Rochelle displaced person's camp which was part of the Hessisch-Lichtenau complex. There, Nechama met Bernard Friedman from Kobryn, Poland. They married on January 13, 1948.