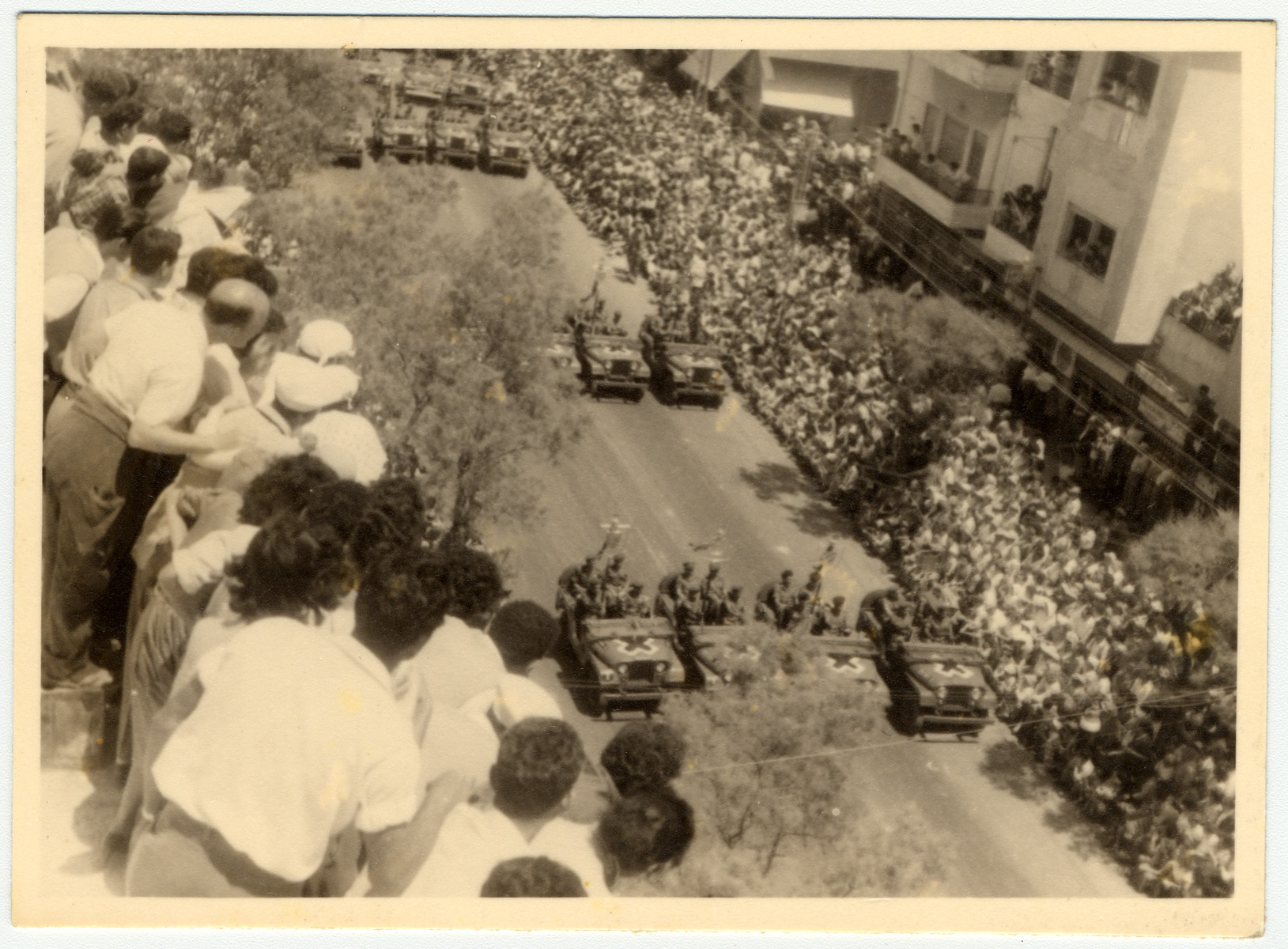 Biography
Uri Urmacher is the only son of Shmuel and Chana (nee Appelbaum) Urmacher. He was born on April 25, 1935 in Siedlce, Poland. His younger sister Ruth was born on May 15, 1937. The family had a comfortable life and lived in the second floor of an apartment house owned by the Urmacher family. The first floor housed Shumel's photography studio, where he took portraits and developed film. Extended family, including Uri's paternal and maternal grandparents, lived nearby and spent Shabbat and holidays with Uri's family. Both the Urmacher and Appelbaum families originally came from Bialystok and knew each other for generations. German troops occupied Siedlce on October 10, 1939. The town's population then was 30,000 of whom approximately half were Jews. On the day the bombing began, Shmuel left the family in their home while he went to retrieve gas masks as the population had been forewarned that the Germans were dropping bombs loaded with mustard gas. Chaya and her two children hid the basement of the apartment house. When Shmuel returned home, he found it destroyed by a bomb, and he assumed his family was dead. Three days later, the family reunited and managed to escape to Russia in a horse cart. During their journey, German, Polish and Russian authorities stopped frequently them, and Shmuel bribed them with hidden gold coins to allow their free passage. Once the Urmachers arrived in Russia, they stayed with relatives on a family owned farm. When a member of the NKVD informed the Urmacher family that they would be sent to a Siberian labor camp, they had time to secure food and warm clothing before they were taken. When they arrived in Siberia, Shmuel originally was placed as a laborer building roads from ice blocks. However, once his skill as a photographer was discovered, he was assigned work as a photographer for the Russian military. When Uri was five years old, his mother died of cholera in Siberia. Someone had given her a wooden bowl and spoon previously used by a cholera patient. As the war was winding down, Shmuel, Uri, Ruth and a female companion who cared for the children, returned to Poland. The Urmachers took a train that was filled with survivors from concentration camps and the Russian gulags. Catholic Poles stopped the trains as they entered Poland. They were armed with axes and attempted to kill the passengers in an effort to keep them from returning to their confiscated homes and businesses. Once in Poland, Shmuel placed Uri and Ruth in an orphanage run by survivors from the Warsaw Ghetto. They then went to the Rosenheim displaced person's camp. In the summer of 1947, Uri and Ruth traveled to Marseilles to board the Exodus. Of Uri's large extended family, everyone perished in the Holocaust except for him, his father and his sister.