A Jewish businessman poses with the workers in his textile factory "M. van Dam and Zonen" on his last day before he was forced to hand over his business. 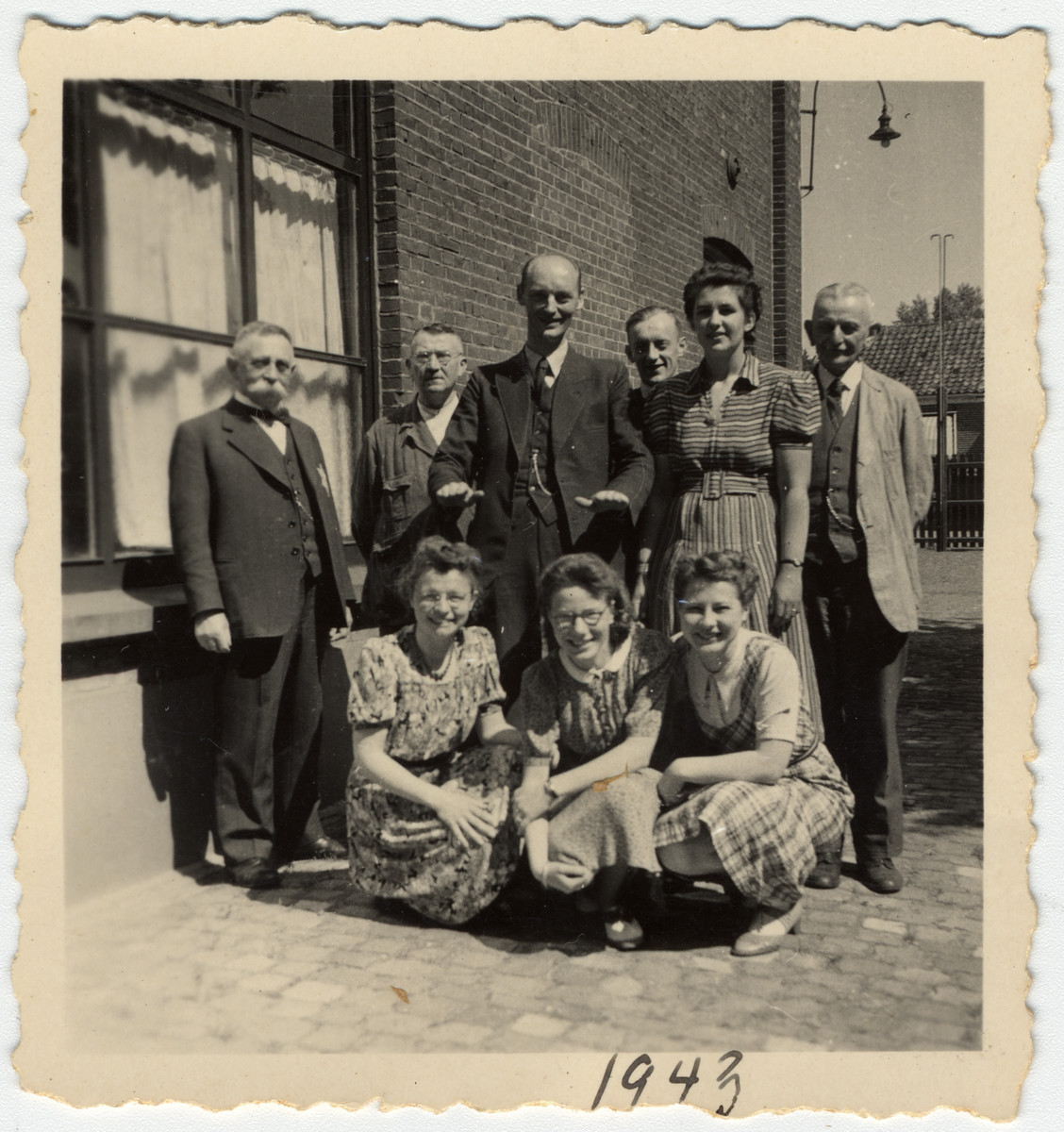 A Jewish businessman poses with the workers in his textile factory "M. van Dam and Zonen" on his last day before he was forced to hand over his business.

Isidoor zan Dam is pictured on the far left wearing a yellow star.