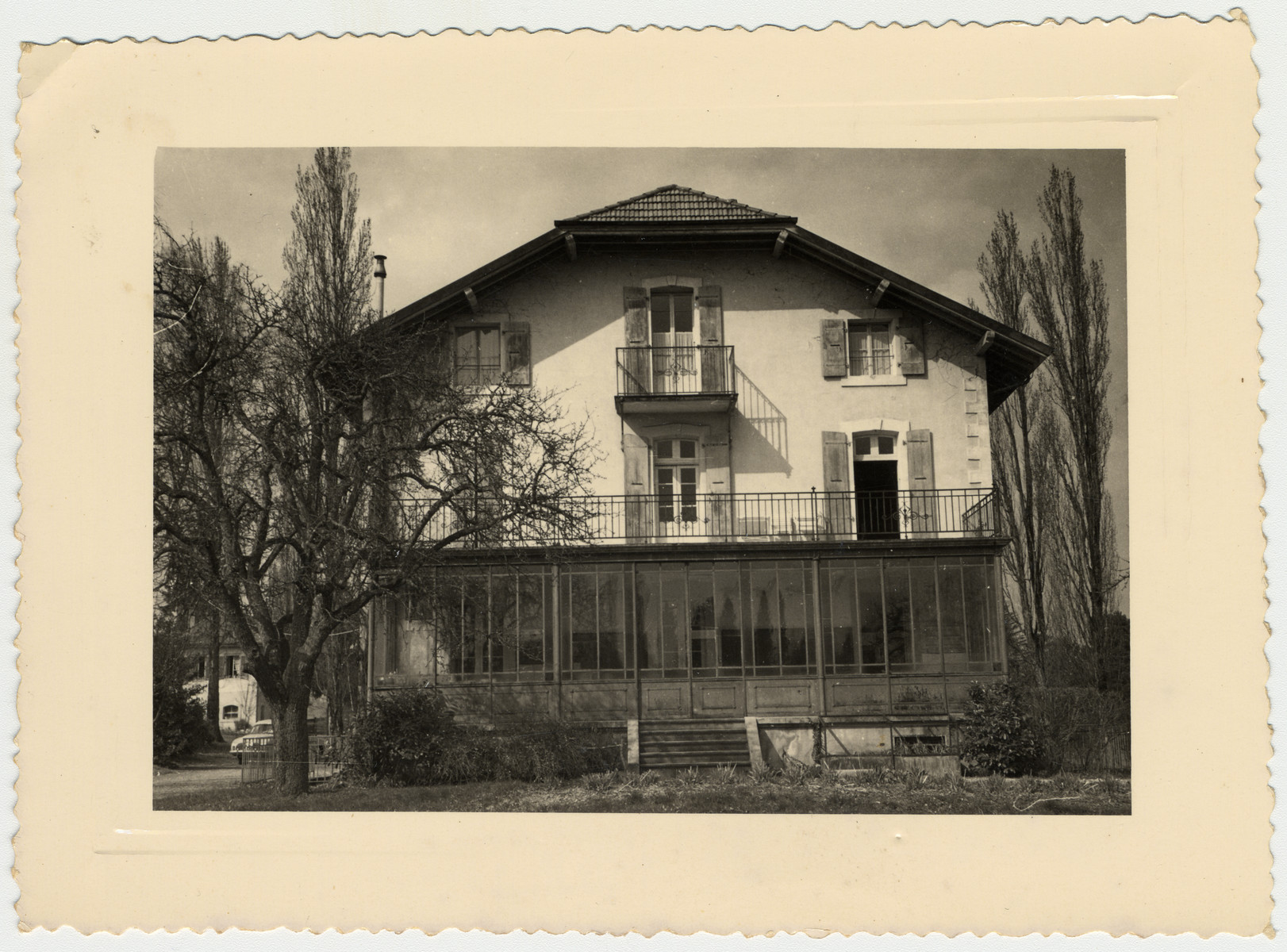 Event History
Versoix which opened on March 3, 1943 , was the first Youth Aliyah children's home in Switzerland. The Jewish Agency rented the former Institut Monier near Geneva in order to prepare youth for their future lives in a Kibbutz in Palestine. About 70 youth between the ages of 12 and 20 and 10 staff members lived in the home. The home was pluralistic and tolerant as the youth had affiliations with several different Zionist movements, both secular and religious. Most of the teenagers originally came from Germany, The Netherlands, Belgium and France and crossed the border illegally into Switzerland. Their daily routine was divided into work and studies, and some of the older boys studied in Geneva in the ORT college and elsewhere. The home closed on May 29, 1945 after the bulk of the residents left for Palestine. A smaller number of youth rejoined families who had survived the Holocaust.

https://www.ushmm.org/wlc/en/article.php?ModuleId=10005519
Biography
Daniel Barnea (born Werner Heilbronner) is the younger son of Erwin Heilbronner (born on January 18, 1894) and Flora nee Rheinauer Heilbronner (born on September 24, 1896). Werner was born on May 23, 1929, and his older brother Kurt (today Uri) was born on August 13, 1925. Erwin was an official of the Mannheim branch of the Deutsche Bank until he was fired in October 1937 for being Jewish. However, Erwin still received his pension for his 25 years of service. He then served as the manager of the Jewish welfare department in Mannheim. Erwin and Flora Heilbronner also were active in the Liberal Jewish congregation. On the night of Kristallnacht, Erwin Heilbronner was arrested and sent to Dachau. When stormtroopers entered their apartment, Werner's mother showed them proof of her husband's service as an officer in World War I, and as a result they only did minimal damage to the home. For the next year and a half, the family continued to live in Mannheim. Then on October 22, 1940 they were deported to the Camp Gurs in southern France as part of Aktion Buerckel, the operation to eliminate the Jewish population of the districts of the Saar, Palatinate, and Baden. Half a year later, on March 16, 1941 they were transferred to the Rivesaltes transit camp. Men and women were forced to live in separate barracks. Werner lived with his mother, while Kurt who was older, lived with his father. Erwin and Flora were active in the camp's prisoner Comite and responsible for the camp's welfare kitchen, as well as other small welfare tasks. The boys belonged to the Jewish scout movement, Eclaireurs Israelites de France. In 1942 the OSE arranged for the release of the two boys from the camp. In March 1942, Werner went to the Montintin children's home and stayed there for one year. In 1943 he left for Switzerland and lived in a youth aliyah home Versoix. In May 1942 Kurt left for a farm operated by the Eclaireurs. That fall he also fled to Switzerland. At first he stayed in a work camp, and later he worked on private farms. In May 1945, Werner and Kurt immigrated legally to Palestine on board the ship, Plus Ultra. Erwin and Flora were deported from Rivesaltes to Drancy in 1942; from there were sent to Auschwitz where they perished.