Three Jewish children pose next to a fence, holding a goat. 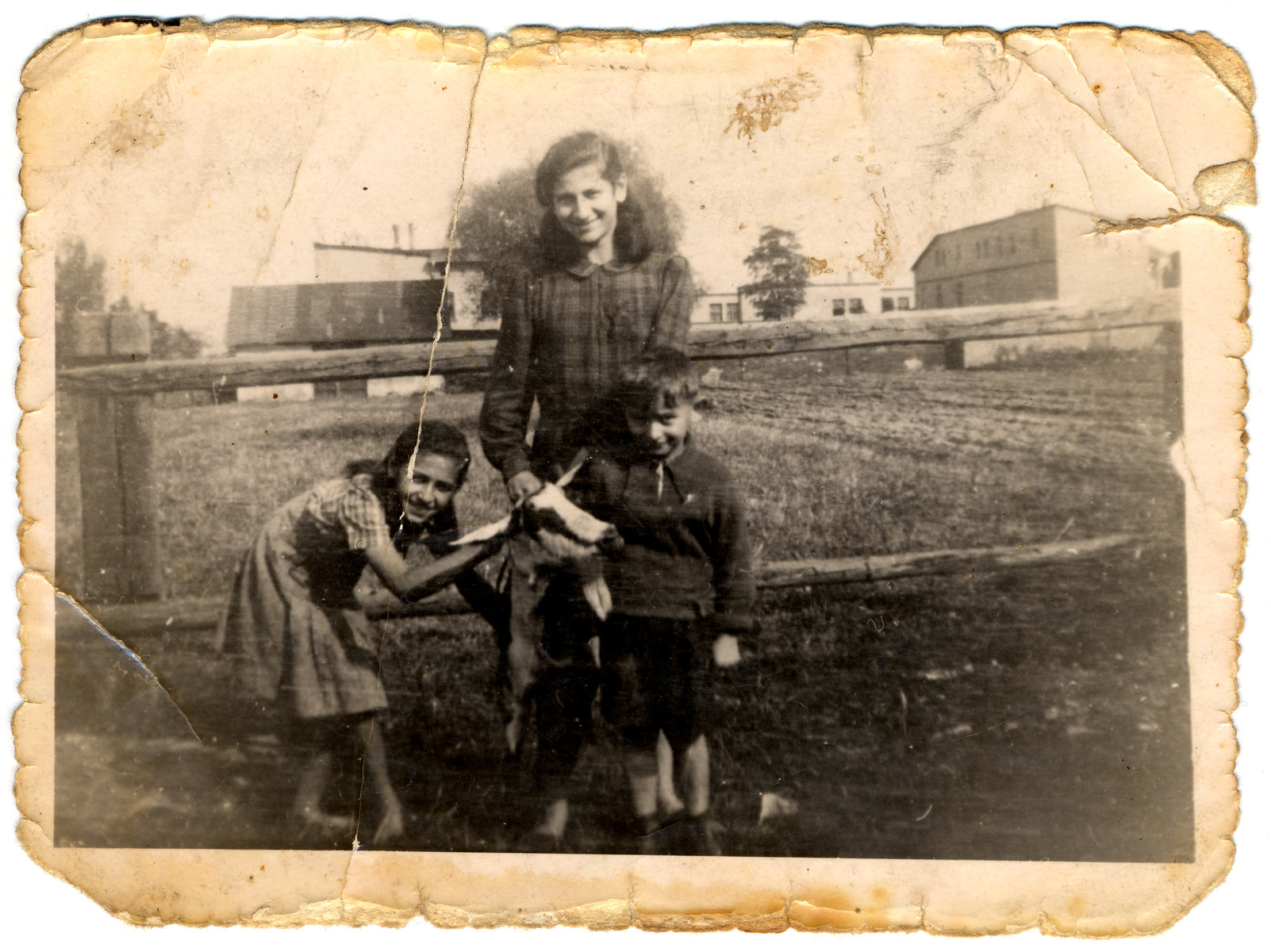 Three Jewish children pose next to a fence, holding a goat.

Pictured (left to right) are sisters Yentel, Sally, and Karol Slomnicki. Sally carried this photo with her in her shoe throughout her time in forced labor camps.