A poem written in Polish in the Parschnitz work camp, by Sala Slomnicki. 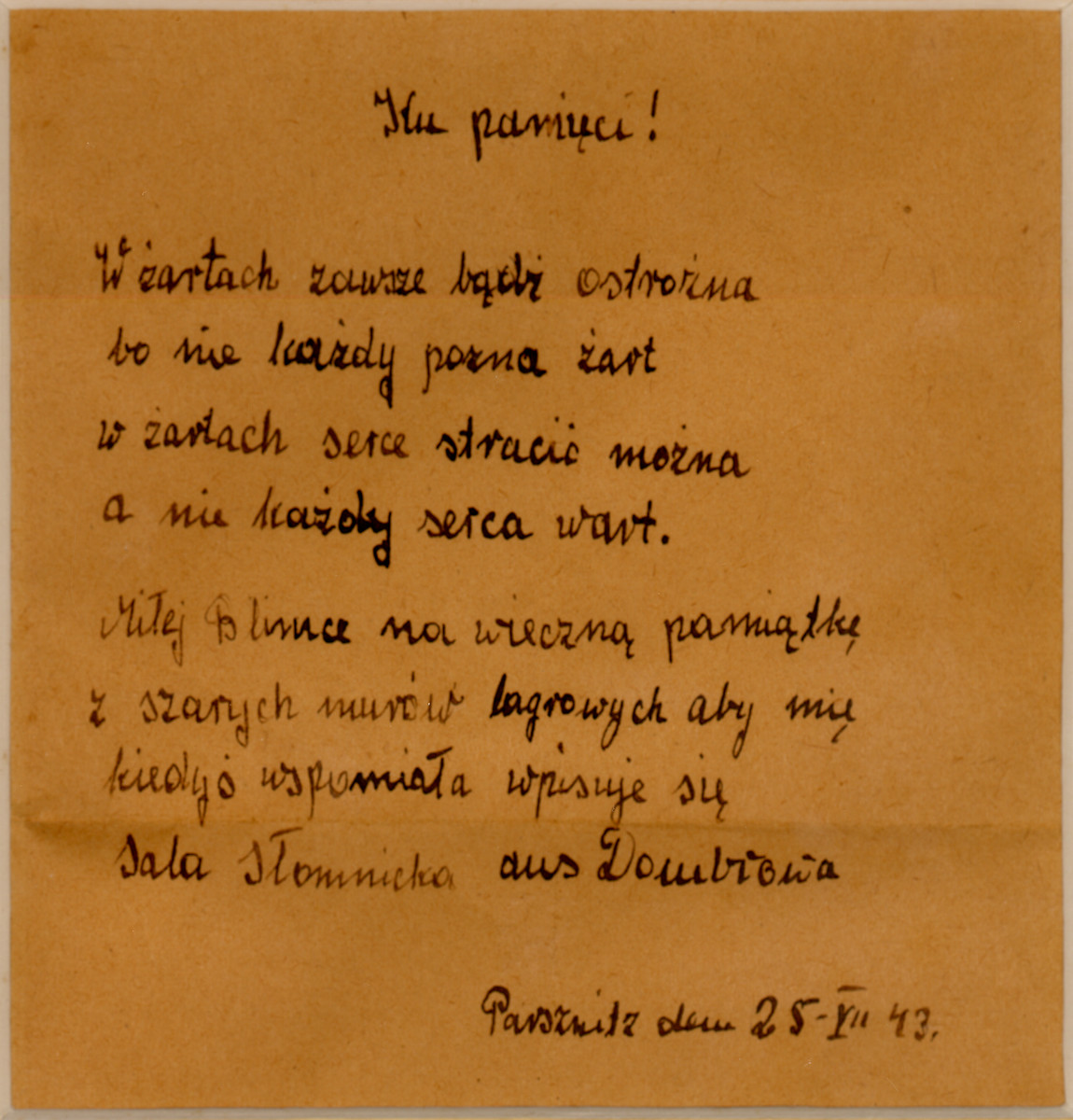 A poem written in Polish in the Parschnitz work camp, by Sala Slomnicki.

The English translation reads, "To Remember / With a joke always be careful / Because not everyone will recognize a joke / In a joke you could lose your heart / Dear Blemka, forever to remember / From the dark walls from the camp / That you sometimes remember me / I'm writing in / Sala Slomnicki / from Dombrowa / 25-VII-43 / Parznitz"