Group portrait of five Hungarian Jewish mothers with their infants at the Saint Ottilien sanitorium in Germany. All were part of the Schwanger Kommando in the Kaufering concentration camp. 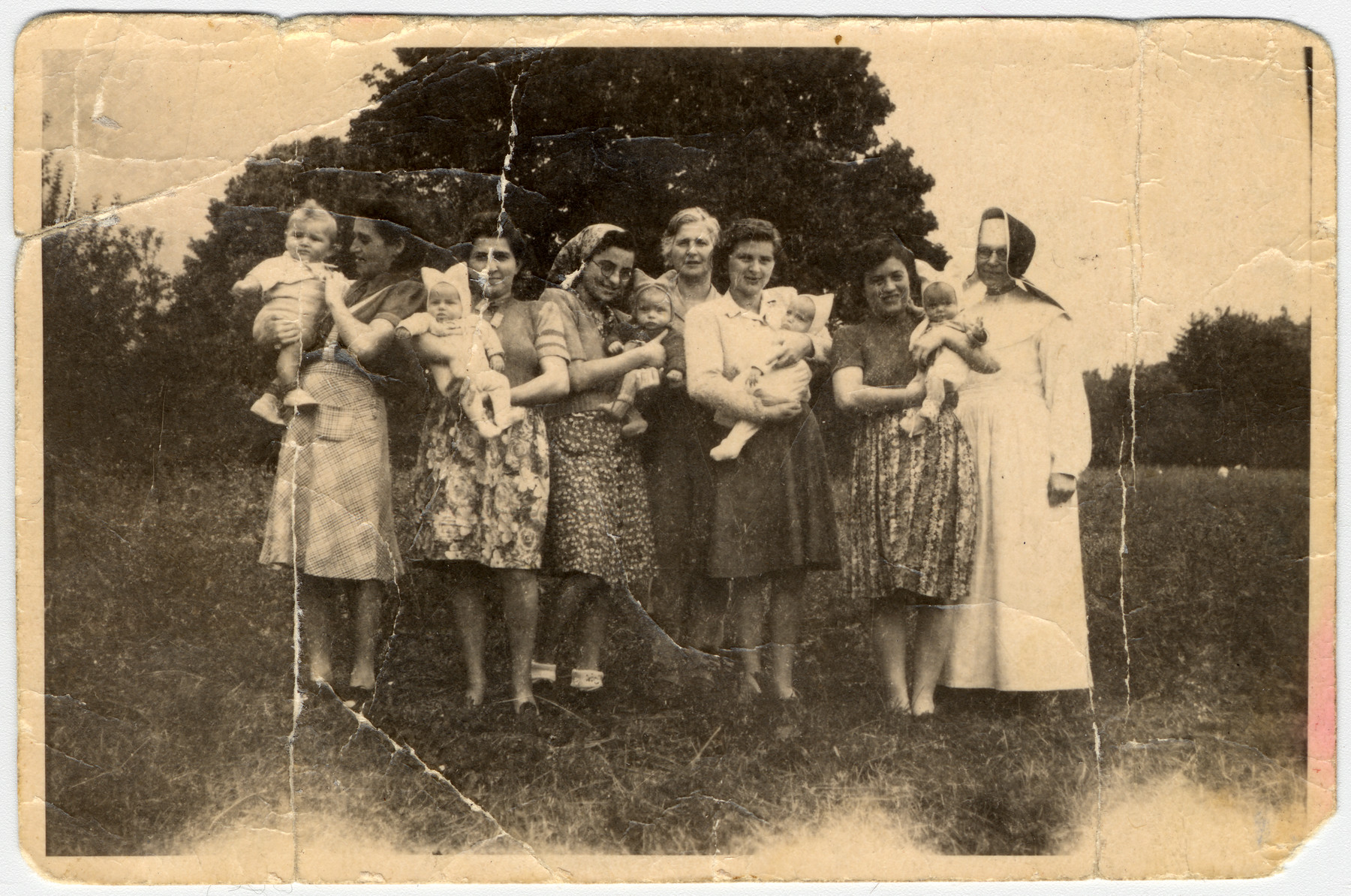 Group portrait of five Hungarian Jewish mothers with their infants at the Saint Ottilien sanitorium in Germany. All were part of the Schwanger Kommando in the Kaufering concentration camp.

Not pictured are: Eva Fleishmanova and her daughter Maria; and Miriam Schwarcz Rosenthal and her son Laci (Leslie).