The young siblings, Ilse and Hans Heinz Hanauer, hold hands outside in their trench coats and hats. 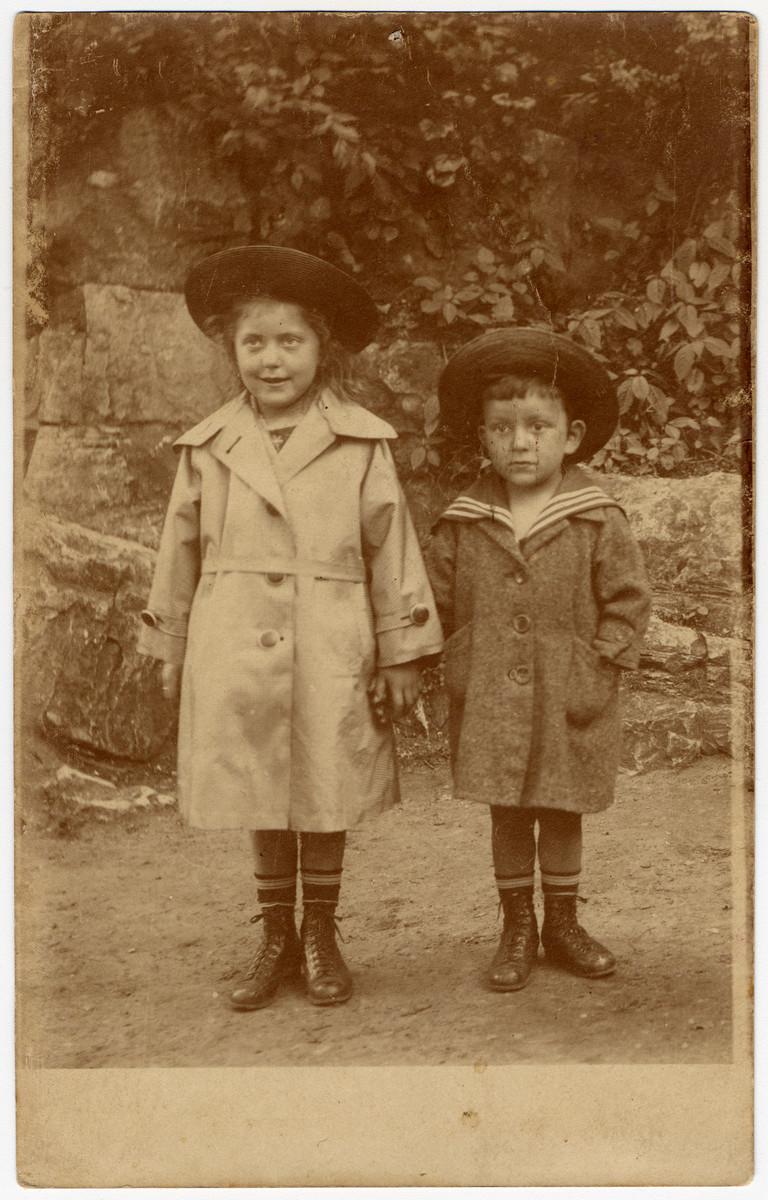 The young siblings, Ilse and Hans Heinz Hanauer, hold hands outside in their trench coats and hats.

Biography
Ralph Uri Hanauer (the father of the donor) was the son of a Hans Heinz Hanauer (b. June 19, 1918) and Ursula Hanauer (nee Rosenfeld). Both Hans and Ursula had Jewish mothers and Christian fathers. Both were officially classified as "Mischlinge". Uri was born in Berlin on February 6, 1940. In 1941 Hans was arrested for his anti-Nazi beliefs and taken to Gut Winkel in 1941, a former Zionist hachshara which became a labor camp under the control of the Gestapo in 1939 and was increasingly used as a holding camp for Jews to be deported "to the East". From there he was sent to Auschwitz on March 4, 1943. He arrived two days later and was murdered on March 31, 1943 at the age of 24. Uri's maternal grandfather was arrested and sent to a facility on Rosenstrasse with the husbands of other Christian women. After a successful demonstration by the wives he was released on March 8, 1943. Uri and his mother Ursula had been ignored for a longer time because the Christianity of Emma Tscharntke-Rosenfeld, Ursula's mother protected them until her death on August 16, 1944. Five days later, Uri, his mother and maternal grandfather, Jonas Rosenfeld were arrested. They were sent to Theresienstadt two weeks later and there until the end of the war. Uri was one of the only 142 children of the 15,000 who entered the prison camp to survive. Ursula also survived. They were liberated on June 7, 1945 and returned to Berlin where they remained until they immigrated to the United State on the SS Mariner the following summer.
Uri's other Jewish grandfather (Hans' father), Max Hanauer, owned a clothing factory in Berlin. Max came to the United States in 1903 and returned to Germany in 1906 having survived the San Francisco earthquake. He also served in the German army during WWI. He and his wife Frieda were hidden outside of Berlin by, Lotte Mader, an employee of his clothing factory. Their daughter Ilse, who had blue eyes and blonde hair, survived the war using the ID card of her best friend Tutta and living with her and her husband.