Portrait of Haim Vidal Sephiha in his school hat from the Gembloux agricultural school taken the year before was expelled for being Jewish. 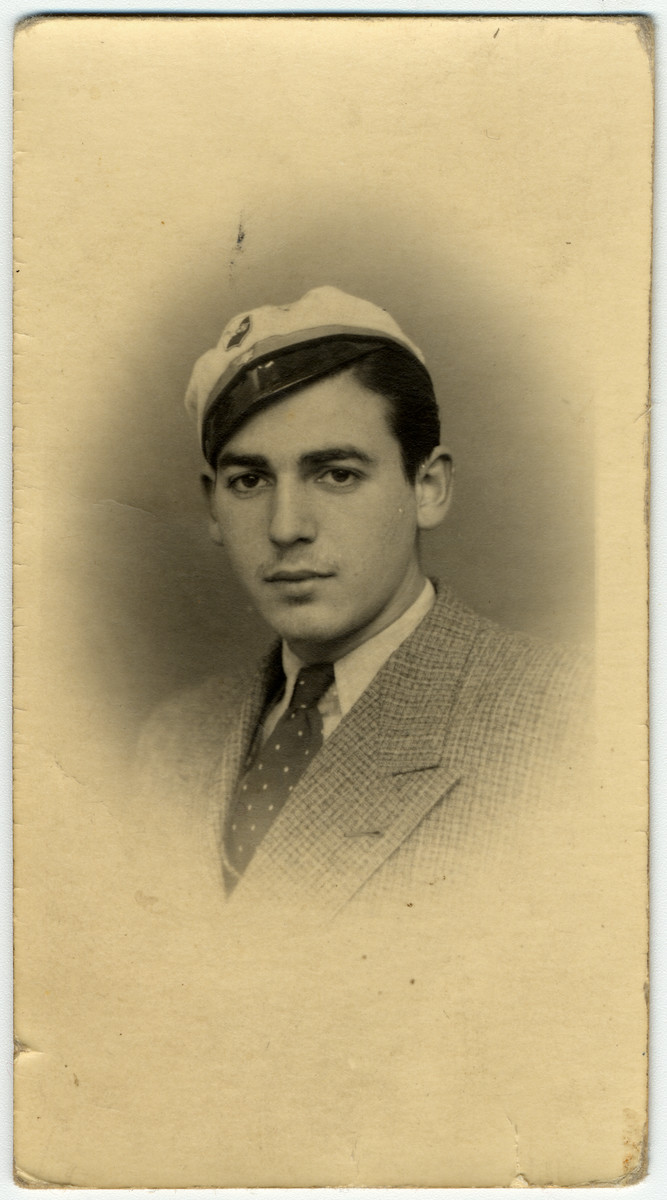 Portrait of Haim Vidal Sephiha in his school hat from the Gembloux agricultural school taken the year before was expelled for being Jewish.

He had enrolled in the school hoping to receive the training to become an agronomist in Palestine.