Sergio Minerbi rides a pony or donkey wagon during his summer holiday in Capri. 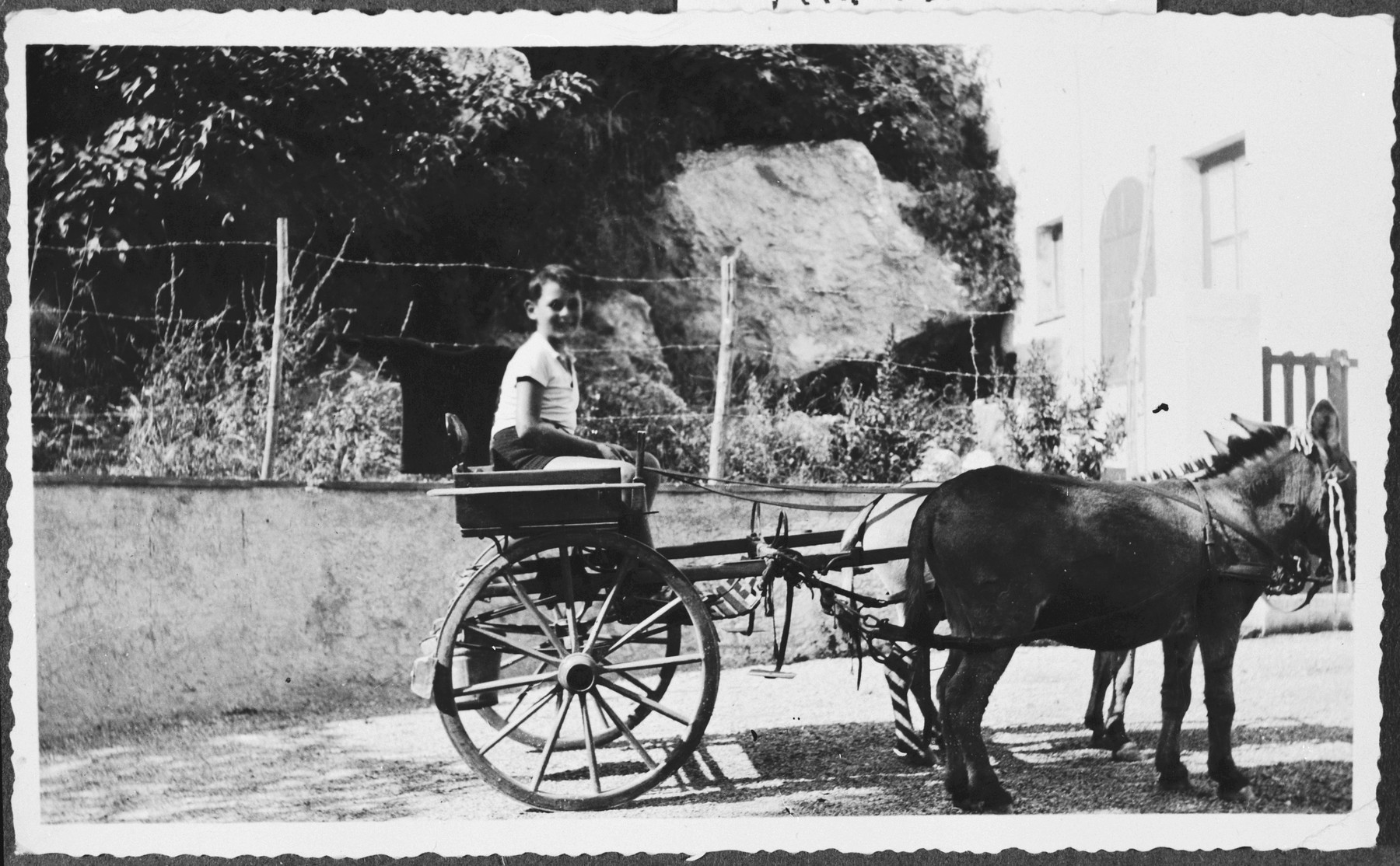 Sergio Minerbi rides a pony or donkey wagon during his summer holiday in Capri.

Biography
Sergio Itzhak Minerbi is the son of Arturo Minerbi from Ferrara and Fanny Ginzburg from Warsaw. His father had served as a lieutenant in the Italian army in World War I, was promoted Captain and received two bronze medals for bravery on the battlefield and later, the title of Commander of the Order of the Italian Crown. He participated in the directory body of the Roman Zionist group. Fanny Ginzburg had come to Italy on a trip and met her future husband there. Sergio was born on August 3, 1929 in Rome where his father worked as an engineer. The family observed Jewish holidays and were Zionists. Arturo served as the President of the Jewish Cultural Center in Rome. As such he received Chaim Weizmann when he visited Rome in 1934.

On September 1, 1939 Germany invaded Poland and immediately began the persecution of its Jewish community. Despite the enormous dangers involved, Fanny returned to Poland in 1940 and succeeded in escorting her parents to safety in Rome the following April. They all lived in relative safety in Rome for the next two and a half years. In July 1943 Benito Mussolini was overthrown and his successor General Badoglio negotiated a cease-fire with the Allies. That September German forces quickly occupied most of nothern and central Italy and installed Mussolini as the head of a pro-German puppet government. The German occupation of northern Italy radically altered the situation for Italian Jews, as the Nazis began almost immediately to deport Jews from the German-occupied areas of Italy, including Rome. The Minerbi family decided to go into hiding. Fanny hid her parents, her husband and her son Sergio in various friendly apartments. She went back to the family's own apartment when a neighbor called her to a meeting at 6:00 am as SS men were downstairs. The concierge gave the SS a cup of wine to delay them and impeded their finding her. Some days after this scare, she approached Don Alessandro di Pietro, the principal of the San Leone Magno Fratelli Maristi boarding school in Rome and asked him to hide Sergio. Sergio remained there until June 4, 1944. In total, Don Alessandro sheltered 24 Jewish boys and 12 non-Jewish adults as boarders at the school.

A few years after liberation, Sergio Minerbi moved to Palestine in 1947 and spent about ten years in Kibbutz Ruhama where he married and had the first of three daughters. He eventually joined the Ministry of Foreign Affairs. He served as Economic Counselor in Brussels (1963-1967), Ambassador to the Ivory Coast (1967-1971), Ambassador to the European Communities, Belgium and Luxembourg (1978-1983) and finally Deputy Director General for Economic Affairs until 1989. He was senior lecturer at the Institute of Contemporary Jewry at the Hebrew University (1972-1978), and Visiting Professor at the Department of Political Science at Haifa University (1992-1995) and has written extensively on the relations between the Catholic Church and the Jews. In January, 2001 Yad Vashem honored Don Alessandro di Pietro at the age of 94 as Righteous Among the Nations. Sergio lives with his wife Hanna Wertheimer, in Jerusalem.