Close-up portrait of Herman Gruen, the grandfather of Richard Oestermann. 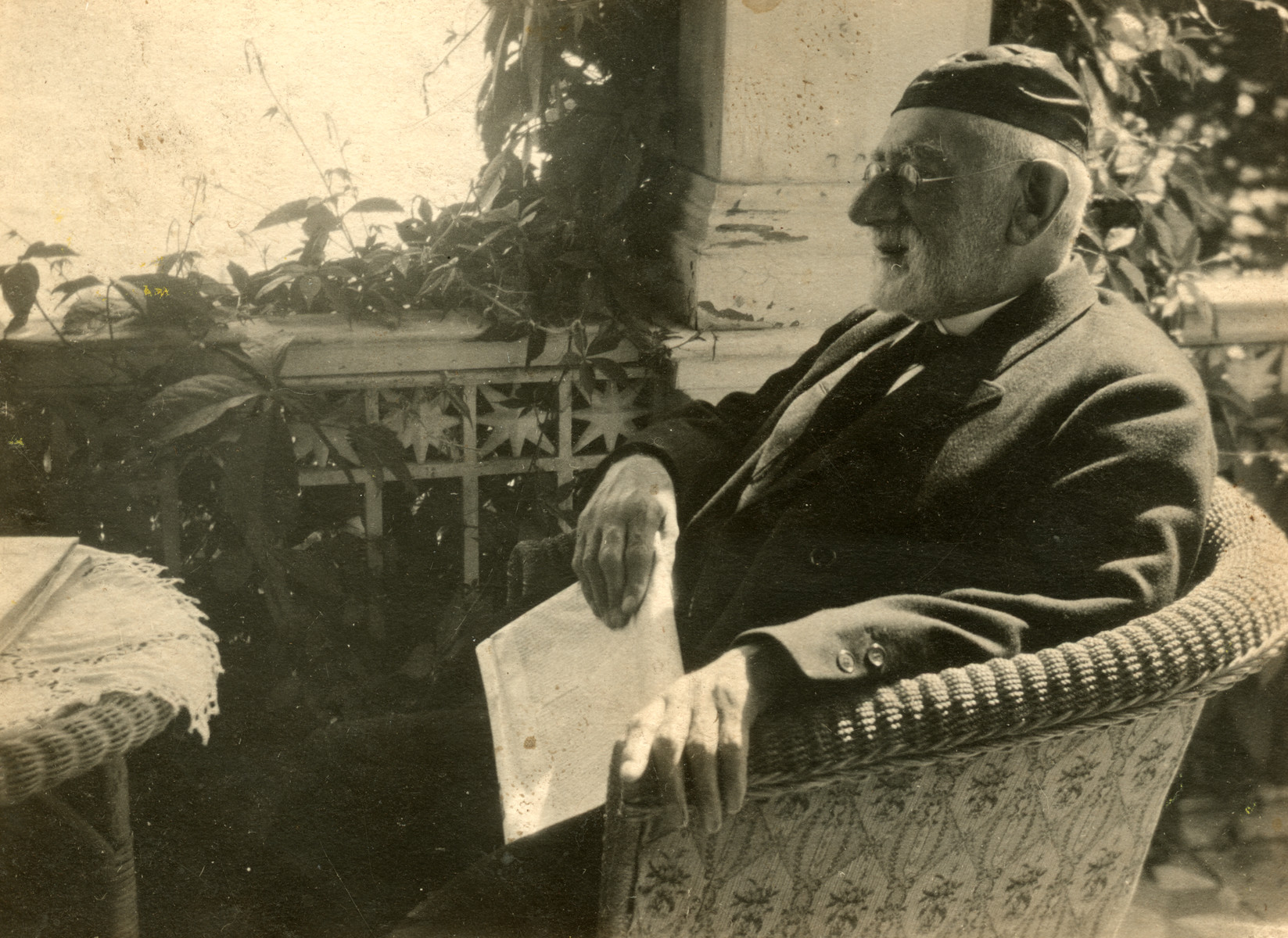 Close-up portrait of Herman Gruen, the grandfather of Richard Oestermann.

In September 1943 the situation in Denmark deteriorated considerably when the Germans decided it was time to persecute the Jews. Richard remembers that on September 26 (the King's birthday) he met one of his friends in the resistance movement who told him that he and his family needed to find refuge. Richard had been assigned by the resistance to distribute underground newspapers to fellow students as well as to mail them which was a dangerous mission. However, he managed to distribute some of the papers prior to his escape to Sweden, but other newspapers remained at home to be found only after the war.

The escape route that Richard along with his mother and two of his three sisters led from Oesterport train station in Copenhagen to Holte in North Zealand hoping to stay in a summer house that they had rented a few months earlier. His third sister Else escaped with her husband and newborn baby boy in a different manner. However, they were refused admittance and turned away. They returned to the Holte station traveling south to Hellerup station in order to catch the coastal train Copenhagen-Helsingoer (Elsinore) They were traveling to Humlebaek, some eight kilometers south of Helsingoer where they also had rented a summer home in the past. There were many Germans soldiers on the train but no one paid much attention to the family as they were traveling without luggage, each wearing several layers of clothing. In Humlebaek they were warmly greeted and Richard's mother and his sister Lilian remained there while Margot and Richard continued by train to Snekkersten, the last station before Helsingoer. Here they were given a place to stay by Eyvind Skjaer, an 18 year old member of the resistance movement where some 20-30 refugees slept on the night of September 30, 1943. The plan was to get passage on a boat from Gilleleje, a few kilometers northwest of Helsingoer. Had they used this route they would have most likely been caught by the Germans, and informed on by a Danish Nazi as were eighty Jews who were discovered in the attic above the Gilleleje Church and deported to Germany.

Instead they found another escape route again with the help of Eyvind Skjaer who contacted a skipper of a fishing vessel named Andersen. (First name unknown). He hailed from Espergaerde south of Helsingoer and became their savior. The crossing was expensive at 1000 kroner a head and Richard's uncle (his mother's brother) who was well to do helped with the payment. The family escaped to Sweden the same night that the raids against the Jews began in earnest. Eyvind, Margot and Richard bicycled from the Skjaer home through the woods a few kilometers from the coast down south to pick up his mother and sister Lilian for the crossing. Although Richard's mother had a heart condition she managed the trip. Reaching Strandvejen, the coastal road, they rested. They watched Gestapo cars pass by and waited until the road was clear and crossed over the road to the pier where they were to be picked up by the boat and fisherman Andersen at the agreed upon time of 10:00 pm. However, the family had to wait until 2:00 a.m until he appeared. It was cold and their fear was great. They said goodbye to Eyvind and went on board.

On the journey the fisherman (Andersen) tried to calm everyone and told them that they had to get down into the hold; all but Richard. He told Richard to put on a fisherman's sweater and stay to help him playing a trick on the Germans. He then lit a lantern on the mast and headed directly to Sweden, in defiance of the norm. Far away they could see the lights of Sweden. Andersen said that he would take them to Hven, a small Swedish island in the Oeresund, that Denmark had ceded to Sweden in 1658, following a Danish -Swedish war. In the middle of Oeresund a German patrol boat called out to them. Seeing that only three men were in the boat was a relief. There were two types of patrol boats; one with ten men and one with three. The latter was less threatening. Andersen and Richard pretended to pull fishing nets on board the boat and shouted to each other about the good haul. The patrol boat turned around and left.

With the Germans behind them they continued to head toward Hven. About 100 meters from land Andersen determined that the water was only one meter deep and they had to get off. He did not dare to get closer to the border fearing that his boat might be confiscated by the Swedes because of his "illegal activity"and after all he had to go back to Denmark to pick up more refugees. Richard climbed over first taking off his shoes and putting them in his raincoat. He found out quickly that the water was much higher than presumed reaching his neck. His shoes disappeared. His sisters went next and Margot found herself in a potentially very dangerous situation. Her raincoat was about to entangle in the propeller of the boat . Richard called out to Andersen to stop the engine so he could free the coat and he did ending what could have been a catastrophe. Since they were good swimmers they were able to assist their mother who could not swim at all. It was dawn when they waded toward the island with steep slopes and Richard sorely felt the loss of his shoes; his feet bleeding from the sharp stones and pieces of glass on shore-however they were safe. Two Swedish soldiers stood on the cliff welcoming them and escorted the forlorn group to an inn across the island where they were given lodging. There they were met by many of Copenhagen's Jewish aristocracy, whom they had seen a few days before in all their elegance. Now they were all sitting there without any earthly possessions dependent on the good will of others. From there they continued via Hven to Landskrona where they remained for a few days before continuing to Stockholm where Richard worked for two months in the forest as a lumber man before enrolling in High School. In December 1943 Richard learned that a Danish High School was created in Lund (Noah Greniman taught there) and he decided to pursue his studies there. The Danish Refugee Office in Stockholm which was financed by the Danish State provided for the school as well provided small stipends for the refugees including his mother and sisters.

During the winter of 1944-45 Richard joined the Danish Military force Danforce Brigade of about 4,000 Danish male and female soldiers while he continued to attend high school. They were preparing to liberate Denmark together with the Allied Forces from the Germans. During the period until Denmark was liberated on May 4, 1945 Richard was in and out of high school and the army simultaneously. In 1945 the family returned to Denmark. Richard's sisters remained there the rest of their lives. Richard came to Israel in 1961 as a journalist covering the Eichmann trial and remained in Jerusalem where he continues to live and work as a journalist.